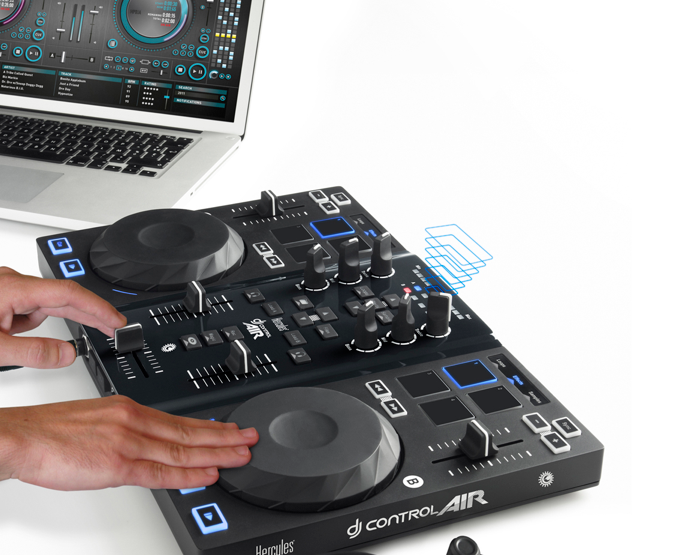 Hercules has announced a new entry-level controller for PC and Mac, the DJ Control AIR, which has a built-in infra-red control surface allowing the DJ to manipulate his performance with his hands hovering over the unit.

The unit is squarely aimed at amateurs, coming in at €149 (around US$200) and only having an 1/8″ headphones jack as its main output, but it packs an awful lot in for such a low price. It also seems to be running DJ software that we can’t recognise from the photo runs DJ software we’ve never herd of before, called DJUCED.

Here’s a video posted by Hercules:


So do you know any more about this? We cobbled this together from a short Spanish press release we received five minutes ago, but we’re out of here for the evening! Any more details gratefully received…