We first saw the Gemini CDMP-7000 Dual CD/MP3/USB Media Workstation at Musikmesse last year, but it was one of those “only-one-in-the-world” working prototypes. Now it’s properly in production and due imminently.

It’s an all-in-one DJ unit that in essence is two Pioneer CDJ-1000-lookalike media players with a three-channel analogue mixer in the middle. It can take external inputs, and will come with mappings for most of the main DJ software packages, so it can be used as a straight DJ controller, as a CD player, or even as a DVS, because you can plug your SL2 or Audio 4/6 into the mixer inputs round the back.

Because of the analogue mixer, DJs can use DJ software but loop the outputs back into the unit, giving them full analogue mixing of all inputs. The screens on the CDJs are TFT and are also Midi mappable if you really want to start hacking, and the unit carries across the DSP effects and sound card of the company’s CDJ-700.

It’s plastic built and so doesn’t feel particularly professional, but at US$999 it offers reasonable value for the functionality, and will appeal to DJs who want to be able to DJ from all sources and with analogue as well as digital, all using one traditional-feeling unit.

Do hybrid units like this appeal to you? Are you attracted to large-form jogwheels and the more traditional CDJ feel over generally smaller digital platters? Let us know what you think in the comments. 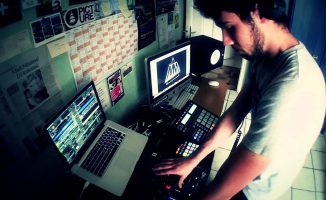 Your Questions: Best Way To Practise CDJ-Style DJing At Home? 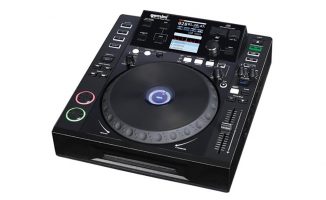