In last Friday’s Roundup, we highlighted an article written by DJ veteran Tim Sheridan for Mixmag, in which he asks Is EDM Killing the Art Of DJing?. If you haven’t read that article, it’s a great read (Tim writes fantastically). Go take a look – it got a massive reaction in the comments.

Tim starts, and broadly sticks to, a pretty decent argument: That when spectacle, or laziness, or downright fraud (eg pretending to mix when you’re not) take over, all is lost – and I agree with him. I’ve always admired Tim, indeed I’ve worked with him back when I was a DJ/promoter, booking both Utah Saints and Dope Smugglaz, two acts he was part of. He’s one of the good guys.

He broadly outlines that substance has to triumph over style, DJs have to do what they do without pretending they’re doing something else, and the guys at the top – whether through fear or heightened expectation – can, and often do, play predictable, lazy sets. However, here’s our take. This is a digital DJing website. We are unashamedly pro digital, in all ways (the internet is a digital platform in the first place, our teaching is delivered on a digital system, our company is “virtual”, with staff all over the world). Our love of digital goes deeper than just music – we are living digital lives. What we do is made possible by digital stuff. We need it to survive.

And so I’d like to call issue with an undertone on Tim’s article: The undertone that digital versions of what’s come before are necessarily wrong. The title of my article is taken from his article. “Shazam – Beatport – Sync – GO!” The mantra, he says, of today’s “plastic DJs”.

Why digital music discovery is great

OK, so let’s get some things straight here. Shazam is bloody brilliant. Why the hell does it have to be hard to find out the name of a tune? It’s the tune you choose to ID that counts, not how you do it. Shazam is a tool to help you identify music; it’s your taste that you have to cultivate so you’re identifying the right music. You don’t have to be digging around in second-hand stores to find the good stuff – not necessarily, anyway. There’s no badge of honour for doing it the hard way.

Beatport, too, is simply a resource. Now, I’ve actually never advocated buying all your music from Beatport (or any single source – that goes for buying it all from one physical record store, too). Of course you should cast your net wide. Of course you should listen outside of your genre, even outside of the dancefloor, for inspiration. You should be hungry and humble. (In life as well as in music, actually.)

But to say digital is bad and physical crate-digging is good is old fashioned. I have a single word here, a word Tim doesn’t mention – SoundCloud. If there’s a more diverse, underground, exciting and vibrant community for discovering great music digitally (and for connecting with the people who made it) I’ve yet to see it. It’s just one example of digital surpassing, democratising, anything that came before. And actually, none of this even means you shouldn’t use online stores like Beatport – they’re an efficient way of grabbing tunes so you can get on with listening to them and learning to mix with them! What, exactly is so wrong with that? As long as you don’t limit yourself to such outlets, of course.

OK. Now, I can’t believe I’m writing this again, but let’s move on to sync. (If you’re reading this and you’re not a DJ, it’s just a button that makes the songs the same tempo for easier mixing, and can also often “lock” the beats, for even easier mixing, if you want it to. Not really a big deal, eh? Don’t you believe it…)

Tim starts so well. He understands that sync is a tool to get from one record to the next. He realises that great music synced is better than piss-poor tunes manually beatmatched. He correctly identifies that DJing is about music, not technology.

Right: That’s me. I. Use. Sync. Why? Because it does the monkey work for me. Matching beats is not hard. It is a skill that can be learned, like driving a car. It doesn’t make you a good DJ any more than driving a car means you know all the cool places to drive to. It’s not about that. It’s about (as Tim identifies) the music. And, I might add, the order you play that music in, which involves reacting to the crowd in front of you.

I advocate learning to manually beatmatch – although I also accept that this may actually make me old-fashioned too. For me, it’s definitely one of the skills of DJing, it can add a human element to what you’re doing, and it’s fun, like kitesurfing or pulling wheelies on your bike is fun. It’s a knack. But it’s not an end in itself. The right music at the right time is the end, with or without sync.

Trust your instincts, not others’ expectations of you

You know, I’m broadly in agreement with what Tim says in that article. Cynical commercial events, full of gawpers who are there for the spectacle and frankly who haven’t got a clue what the DJ they’ve come to “see” is or isn’t doing have always happened (they started here in Europe 20 years ago, and are still going on) – and in these instances, the stage is literally set for faking, miming, pre-planned set-lists, style over substance, and all the rest. But these are the EDM scene’s problems, not digital’s problem. It’s my personal opinion that some of the best nights you’re ever likely to have as a punter or a DJ are intimate, sweaty, unheralded venues where it all just “clicks”, the DJ and crowd are on a journey together, and the ending can’t be predicted at the beginning.

But let’s get one thing straight: These nights can happen with a box of 50 12″ records and two Technics turntables, or a collection of Shazamed, Beatported and synced tunes played with keyboard shortcuts from a laptop – it’s the magic between DJ and crowd that matters, and good DJs can be totally digital, totally analogue, or (really interestingly, and more common year by year) a hotch-potch mixture of the two.

Plug your gear into the mixer, and play away – see where it takes you. And play Shazamed, Beatported and synced music if you want to – the only people who will truly want to chop your fingers off sadly got all dogmatic and stopped listening long time ago anyway. They’re beyond saving. If you’re a true fan of music and its power to move people, the future is still yours.

Do you think digital music discovery and technology’s advances are what’s the blame for “plastic DJs”? If not, what is the cause of homogenous, commercial EDM? Does it matter? And will the underground survive or even thrive throughout all of this? Please share your thoughts in the comments. 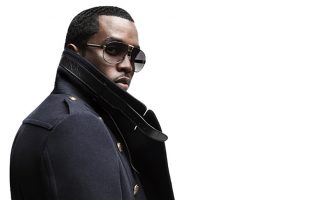 Friday Roundup: Is EDM Killing The Art Of DJing? 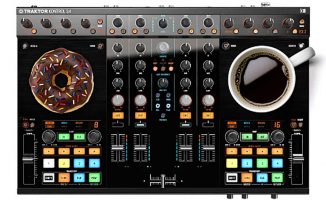 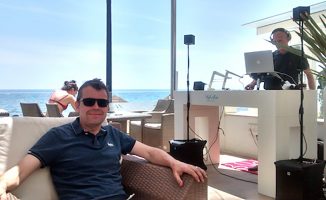 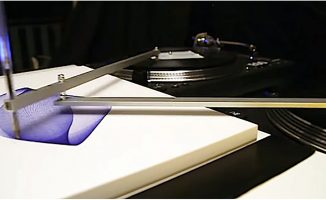