Hercules debuted two new DJ-focused products at this year’s CES: The DJControlWave, a wireless controller aimed specifically at iPad DJs, and the WAE NEO, which is a Bluetooth speaker. While some readers may find it hard to be excited about an iPad controller, or maybe more so yet another consumer grade wireless speaker, both are actually 2014 CES Innovations Design and Engineering Awards honorees. Let’s find out more…

The DJControlWave is an iPad controller built on Bluetooth 3.0 technology. It has two jogwheels with metal plated tops, channel and crossfaders, EQs and your usual array of buttons. There are also two knobs for basic loop control, and a large master knob to control your volume. What looks interesting is the surface above the mixer controls, which gives the controller that wave-like contour: It serves as an angled stand for your iPad, offering an elegant performance solution during gigs.

Bluetooth means you can get away from the DJ booth and onto the dancefloor as far as 10 metres away, however the DJControlWave is strictly a controller, meaning there’s no sound card built in. You’d have to use your iPad’s headphone out socket as an output, so technically your iPad’s still connected to your sound system unless you’re using Bluetooth speakers (the WAE NEO seems to be an ideal  companion). Moreover, this means that you’d have to use the supplied splitter cable if you want to preview tracks in your headphones as opposed to connecting your cans to the DJControlWave, which might seem to be a step back for some.

The DJControlWave runs on an iPad-specific port of Hercules’ own DJ software DJUCED, which is included upon purchase of the unit. You can also use it with DJUCED 40° software on your Mac or PC, which is also included.

The WAE NEO distances itself from all the other wireless speakers in the market by having LED strips around its façade. The behaviour and colour of these LEDs are controlled via an iOS/Android app that Hercules provides for free, allowing the user a variety of lighting modes (eg “Mood” when you want to set a relaxed atmosphere or “Party” when you want to throw a mini-rager in your bedroom). The WAE NEO gives you 16 million colours to choose from with various intensities, all in sync with the music you’re playing.

It’s also worth noting that the WAE app pulls all your streaming services together, allowing you to create playlists with songs stored online or on your phone/tablet.

The WAE NEO is a portable piece of kit that pumps out 30W of living room-filling sound. It employs Waves’ proprietary MaxxAudio technology, which promises to enhance the performance of the speaker itself through full band equalisation and richer bass, among other perks.

Are Hercules’ new products worth the CES hype, or are they just rehashes of already great products that are out in the market? Let us know in the comments below! 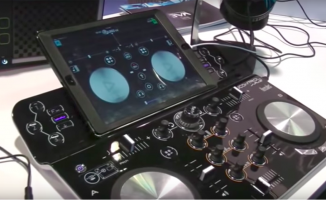 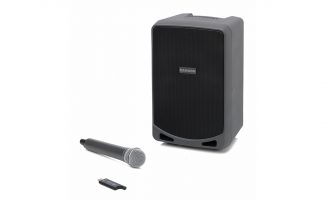 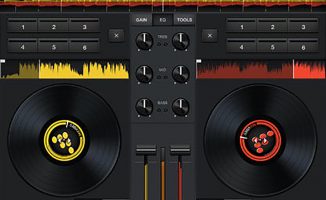