Beatport has become the first third-party company to incorporate Stems, the new open-source music file format developed by Native Instruments that splits a tune into four “stems” (such as drums, bass, vocals and melody) that DJs can utilise independently in DJ software such as Traktor.

Beatport has added Stems compatibility into Beatport Pro for Mac (read our Beatport Pro review), which is an OSX app that can be thought of as an iTunes replacement designed specially for DJs. Within the program it is now possible to catalogue and preview Stems files, including the ability to mute and solo each of the four Stems tracks within the files, allowing you to better prepare your music for your DJ sets.

Beatport speaks of “hundreds” of tracks in Stems format being available at launch from its store, and while the page gives no date for the Stems launch, it appears to be imminent.

For this new DJ music file format to succeed it is going to have to be adopted rapidly by stores, producers, labels, and hardware/software manufacturers way outside of the Native Instruments ecosystem. It’s something the company has made clear is all part of the design, not least by making the complete project open source. This could, then, be just the first of many such announcements in the coming weeks and months…

• Find out more about Stems in our Traktor Kontrol S8 tutorial video, on the official Stems website, and on Beatport’s Stems page 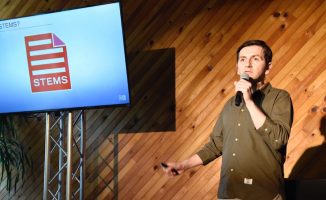 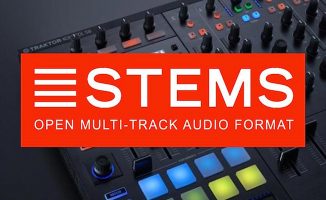