Digital DJ Tips reader Ash asks: “Is it possible to be a successful DJ/producer with little or no social media output? I ask this as I know that social media can almost be a full-time job and can distract you from what is important: the music. I understand that it might seem counterintuitive for someone who’s trying to start a career or halfway through it but I am sure it will be on the minds of many.”

You are right to ask this question, Ash, and yes, it is something that bothers many. To answer this question in the most balanced way possible, a couple of us here at Digital DJ Tips – Joey Santos and myself – will both give our takes on it. The reason for this being that I don’t use social media whatsoever, just word of mouth and people to people networking, while Joey does the same but with the addition of social media.

Even in this day and age, it is possible to forge a successful career as a DJ without the use of social media channels. However, this does depend on what you regard a “success” to be. My DJ goalposts have never shifted; all I ever wanted to do was play records in public and make people happy listening to the music I had found. I do concede that without a social media presence, it is going to be hard to really kick on and land headliner festival gigs. Hard but not impossible, though – you just need to know the right people.

It took me a long time to graduate from the bedroom into the public domain but this wasn’t because I wasn’t capable. I had deleted my social media accounts years earlier and we had just welcomed a little boy into the family. In my eyes, this cut out all possibility for me to get out and about and show my face at the kind of places that I would like to play at. Any spare time I had at home, I would mix and make mixes to ensure I was ready once the time came. This went on for too long and I realised that in actual fact, I was just putting things off and had come to resent the fact that having social media was making things easier for everyone else. I wasn’t about to boot up any accounts again, though.

I was always on the lookout for places to play at but now I had renewed vigour. The next time I went out to meet a friend, I saw that the place had a set of turntables and I found that strange, seeing as I had never heard of this place playing music. After a bit of Dutch courage, I walked over to the barman and asked him what the deal was. He gave me the owner’s number and after a month of to and froing, I had landed my first proper gig. This taught me a lot, I had to keep hustling to keep this up.

The gig was a success and I got asked back. Every person there who came over wanted my Facebook, Instagram or Vkontakte page (Russian equivalent of Facebook). Using none of these, I let many leads slip and it was only after thinking about what to do about this before my next gig that I decided to just give out my mobile number to anyone who asked. I figured that these guys are genuinely interested in coming out to see me play and I was right. I message these guys personally each time I am booked to play and a few of them will always come. Over time, I have introduced them to each other and we have managed to unite like minds that might not have met each other otherwise.

The importance of face to face networking

I managed to land gigs in other places by doing the same as above and also finding more time to network. I would keep an eye out for certain events and certain DJs who I admired or knew had a similar sound to my own. Then, when they were playing, I would get permission from the boss to go out and meet them. I cannot underline how important it is to network in person. Be open and honest with the promoters and DJs about why you are there. You are there because you respect them and you want to develop a project with them.

At the moment, I have a steady stream of paid gigs in a variety of different places and a twice-monthly residency that I do with my brother and a friend. As I said earlier, it depends on what you define “success” as but I consider myself to be having a successful DJ career without using social media. It does go without saying that I have missed out on opportunities because of no social media presence but that doesn’t bother me. I am resolute in the fact that it worked “back then” without social media and by golly, it will still work now.

Perhaps the main benefit I have found with not using social media is that I only have human interaction with all of these interesting people. As a result, I have made a bunch of true and supportive friends.

Social media is a double-edged sword: it can help boost your DJ profile and help you reach people you otherwise wouldn’t, but it can also serve as a mighty distraction to getting any actual DJing done. It can also be discouraging, as you’ll see in a little bit.

Using social media where your audience is, such as Facebook and Instagram, helps give you a presence for next to nothing. It costs zero dollars to post about your DJ gig or to share a mix that you just made. Since people are glued to their phones all day and night (for better or worse), that increases your chances of popping up in their feeds as opposed to, say, having to take out a small ad in the weekly classifieds announcing your pub gig (who reads real newspapers these days?).

Using social media also keeps people up to date on what you’re up to: they don’t have to see you “in person” to catch up with you and what you’ve been busy with as far as DJing goes. That also means that, if they didn’t make it to your gig, they can at least get a taste of what the gig was like through the photos, videos, and audio being shared after the show. These bits of content help sway potential partygoers and fans the next time you have a gig – I know this for a fact because my current following is built on a combination of incessant gigging over the past seven years plus a steady stream of gig photos and videos being shared on various social platforms. Social media gives people a chance to “be there” even if they weren’t, and all this content makes for a more compelling case the next time you invite people to an upcoming gig.

Social media can also have a negative effect: you may end up being obsessed with getting more followers, likes, and shares on your profiles and, though there’s nothing wrong with being concerned about growing a following, you mustn’t lose track of the main focus of your efforts, which is DJing. As such, it’s important to remember that social media isn’t a popularity contest: it’s a way for you to engage with your followers and potential fans in a meaningful way.

Finally, social media can also be discouraging: if you follow your favourite DJs and all you see are festival headlining slots where they “smash it” day in and day out, you could be disheartened when you turn up at your gig and you realise that the only people there are the bar manager and your mum. What most DJs don’t realise is that social media sites like Instagram are the “highlight reels” of the DJing world: they show the absolute best moments one has had, while rarely showing all the hard work, trouble, failures, and other nastiness that accompany climbing to the top of the heap.

How much of your own success do you dedicate to social media? Do you think that it is possible to be a successful DJ/producer without using social media? Let us know in the comments below… 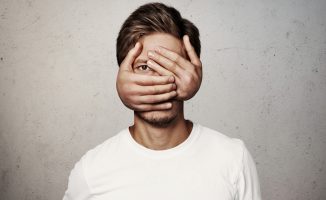 Your Questions: Can I Become A DJ Even Though I'm Shy? 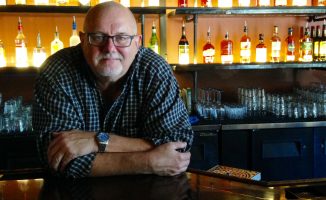 Your Questions: How Do I Ask For Higher DJ Fees? 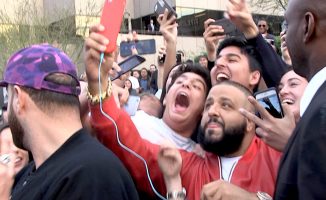 Zero To Hero, Part 8: How To Keep Your Fans Happy 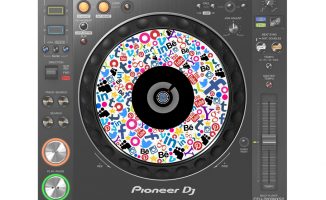 Your Questions: "Help! I Can't Cope With Maintaining My Social Media..."