If you’ve experimented with the Stems feature on Traktor – an innovation that lets you separate the elements of a track so you can isolate or remove the drums, vocals bass and melodic parts of your tracks as you’re DJing in real time – you’ll know it has one simple limitation: content.

Truth is there are few files out there that have been released in the Stems format – and those that have tend to be relatively obscure instrumental house tracks that not many people know.

And because for this feature to be compelling, you need to be using it with stuff people know (otherwise, they won’t realise you’re doing anything clever up there…), and because you do need to have the special Stems files (ie you can’t just load any track up and do this stuff), the appeal of DJing using Stems has remained limited.

Enter Xtrax Stems from Audionamix, an app we took a look at here at NAMM 2018. This $99 Mac utility takes any track, analyses it, and outputs a genuine Stems file, with the vocals, drums and melody separated. Now you can simply load the track into Traktor and DJ as you would with any commercially released Stems file, playing with isolating or removing drums, melody and vocal as you wish (note you get three “stems”, not four – but hey, three is pretty good…).

Now, the output from programs like this is never going to be perfect – but it’s good (we tested it, and you can see in the video both the process and the results). And of course it goes beyond Stems: The results will also be useful for re-editing and remixing tracks, as clearly you can now take any track and make instant instrumentals or acapellas.

Are you a Traktor user who’s excited about this? Would it tempt you to take another loo at Stems? Let us know below… 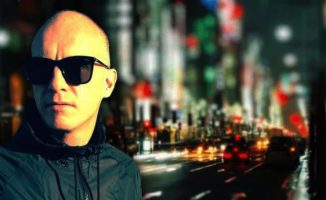