Back in the days of vinyl, a DJ would have to add another piece of hardware outside of the normal two turntables and mixer in order to add effects to their set-up. Now, every DJ software on the market comes with a plethora of effects that can be used in a simple press of a button or click of the mouse.

Using different effects can add creativity to your set, and every DJ has their favourites; but it’s good to learn the ins and outs of a couple of essential effects which can be used in different situations.

The filter is a fun tool to use for transitions. Instead of using the low EQ to cut the bass of a track, try using the high pass filter instead, it can give you a similar effect but with a different sound than using the EQ.

You can also use the filter to help build some tension and drama into your sets. You’ve probably heard DJs use the filter to make a track sound like it’s building up. It’s a good tool to use especially during extended build ups or breakdowns.

Since it’s so easy to use, it’s also one of the easiest to overuse. Like the other two effects I’m going to show you, less is more and it’s best to use the filter sparingly.

The echo or delay is an effect that will replay a section or a song over and over, usually slowly fading out too. It’s a tool that I use to emphasise popular or recognisable parts of a song, or at the end of a transition.

I find myself using the echo or delay during a familiar part of a song to make it sound bigger than if I were to play it by itself. It’s an easy way to draw attention to a section of a track without it sounding too overbearing to the crowd. If I am playing a song with vocals, it’s a good way to highlight memorable lines, or during a song without vocals it’s a great way to highlight part of a melody.

For many DJs, echo and delay have become favourites over the last few years to finish a transition. You can use it to make transitions sound smoother by repeating the end of a section you would like to transition out of and cleanly fading it out. I like using the echo or delay at 1/2 beat or 1 beat in these situations.

This effect is a great one to learn as it’s so versatile. It’s not as intrusive in your mix as the filter. I recommend trying it with the wet/dry turned down to about 30-40% as you want to be able to hear it but don’t want it to sound too overpowering in the mix. Try playing around with it and you’ll find a sweet spot for the way you play.

If you’ve ever yelled in a big empty hall or church and heard what almost sounds like an echo (but not quite), you know what reverb sounds like. It adds some space and separation to the tracks you are playing, and much like the other two effects I’ve discussed can be used as a transition tool.

Reverb is an effect that I like to use to highlight certain sounds in a track that I am playing. It’s fun to use on snares or claps to make them sound more epic. It’s awesome to use during breakdowns or build-ups to make them sound more interesting, or as a way to let the crowd know a change is about to happen in the song, especially if you are playing dance music with big drops.

It’s also a great way to transition to different tempos. Much like using the echo or delay, I like using the reverb at the end of a section I am transitioning out of but instead of going right into a track at the same time, let the reverb tail off, then dropping into a track of a different tempo. The long tail of the reverb makes the end of a track sound less abrupt and makes for a natural-sounding place to drop a track at a completely different tempo. It will take a bit of practice to get the timing down right but is a useful tool once you do have it down.

Effects are something that can add some nice elements to your set, but it is really easy to go overboard. Having a couple “go-to” effects that you understand how to use tastefully is much better than throwing on a bunch of effects that you aren’t completely familiar with just because they are in your DJ software.

So get comfy with these three effects, because they are very flexible and can be used in a lot of different situations. Make sure you take some time and practice with each of these before trying them at your gigs, and don’t forget to get creative! Remember these are just guidelines and these effects can be used in a variety of ways. Don’t be afraid to experiment at home and figure out how you can use them to add to the way you play.

What are your three favourite effects when DJing, and why? Let us know in the comments. 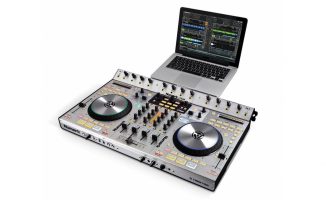 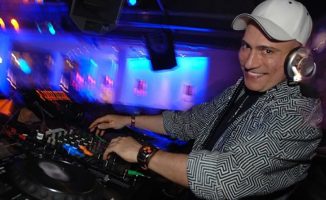