In last Serato Studio piece, we discussed how to create one of the most useful DJ edits, the extended intro edit. Another great DJ edit that I find myself using often in my sets is the DJ short edit. (We also have an article called How To Make Fast & Easy DJ Re-Drums With Serato Studio which you may want to check out.)

The DJ short edit is a way to play just the best or most impactful parts of the tracks you are playing. Short edits are great because not only do they suit fast mixing styles, but also when a song is getting old, they let you play just enough of it for your audience without them getting bored.

What exactly is a DJ short edit?

A DJ short edit cuts a normal song to just the parts that you feel are the most important to play.

I use short edits of all types of genres of music and for me, they come in extra handy when I am playing an open format set and need to run through a ton of tracks and genres during my set.

Creating your own custom short edits in Serato Studio takes just a few steps. You may want to read this while following the video above.

Once you’ve opened Serato Studio, select “New DJ Edit” from the start-up screen. This will bring you to the DJ Edit layout. From here use the library section at the bottom of the window to select the song you would like to create a short edit for.

Once you’ve selected the song, drag it to the main window where it says “Drop Audio Here”. Serato Studio will then analyse the song and lay a beatgrid on the song. Once the song is done analysing, set the Serato Studio project BPM (found in the top-left corner) to the original BPM of the song you are editing.

If Serato Studio has not already done so, set Clip Two and set it to the very beginning of the song. Then in the song view below split the clip (by either right-clicking or using the keyboard shortcut) at the point you’d like the edit to jump to the next section. Delete this new clip, which should leave you with the song from the beginning to the point where the song will jump to the next section.

Then use the main window to find the part of the song you’d like the short edit to jump to, usually a memorable or impactful part of the song. Set this point to Clip Two. Then drag Clip Two into the song view right after Clip One.

Now review your short edit in the song view at the bottom of the screen. It should seamlessly flow from the beginning of the song in the first clip into the second clip which is the memorable or impactful part of the song you’d like to get to right away.

Of course, you can repeat this with other song parts if you wish, until you have the edit you envisage.

From here use the export function under the file menu and select either WAV or MP3 format and your short edit is now ready to be used!

Short edits provide a useful tool for DJs that can help them play the best parts of songs faster. This can give your sets more energy as well as help you maintain interest.

Learning to create your own short edits instead of depending on ones you may find on a DJ record pool is a great skill to learn, and Serato Studio makes to process quite simple. So give it a try and start incorporating short edits into your sets and see how impactful they can be for you! 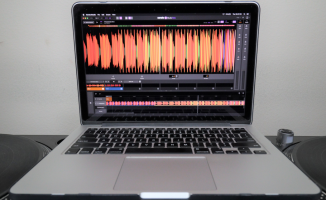 How To Make DJ Intro Edits Quickly With Serato Studio 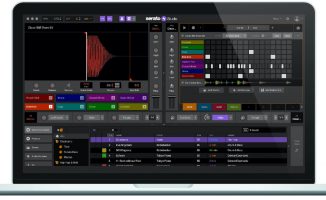 Video: How To Use Audio Tracks & Slicer In Serato Studio 1.4 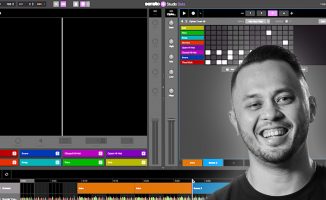 How To Make Fast & Easy DJ Re-Drums In Serato Studio 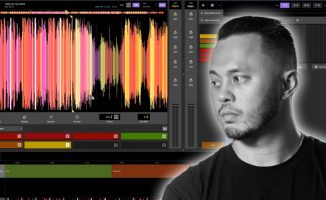 How To Make Redrums In Serato Studio