Beatport is to launch a streaming music service in 2015. Beatport’s owner – rapidly expanding festival promoter & media conglomerate SFX Entertainment – hopes that the new EDM-focused site can become a central hub for its 300 million fans who currently visit scores of the company’s websites, helping the company to reach dance music fans outside of the festival circuit.

The current “beatport.com” URL will become a free, ad-supported music streaming site along the lines of Spotify, Deezer and Beats Music, with the recently launched Beatport Pro brand continuing to sell digital downloads, according to the Wall Street Journal.

SFX has noted that most of Beatport’s visitors never buy anything, instead choosing to simply browse charts and the like; the new service will carry events information, artist profiles and maybe even live-streamed performances, making it as much a fans’ site as a DJ site.

Is Beatport Pro the next DJ app?

One intriguing outcome could be that the Beatport Pro app – the company’s music library management program (currently only for Mac), that already integrates closely with the Beatport store – could have the new streaming service baked in; from there it’s not much of a leap to imagine Beatport adding decks and turning it into a Beatport DJ app that interfaced fully with both its store and streaming platform, similar to the today-announced djay Pro for Mac.

Another outcome could be that Beatport Pro (the website store), could become a far more immersive place to buy music. Being able to stream whole songs within a store (or conversely, click “buy” within a streaming service) can only improve the buying experience for DJs, many of whom (me included) get frustrated at the clip length limitation in stores today, which aren’t allowed to play whole songs due to licensing regulations.

And then of course there’s the “big brother” element. Do we really want our DJs, festivals, music sites, downloads – our whole musical life – controlled from end-to-end by one company? I’m not qualified to answer that one, but it’ll be interesting to see how the edges of dance music (where the really interesting stuff happens, in my view) fare on the newly consumer-focused Beatport set of sites.

• Read the original article over on the Wall Street Journal.

What do you think? Is it a wise move for Beatport to add a full streaming service to its site? Is this good news for dance music fans? Please share your thoughts in the comments. 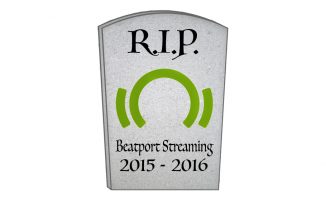