Whether you’re just being a DJ or taking on the role of a promoter, being able to properly promote an event (or even just yourself) outside of the internet is still a necessary skill when you’re more “unknown”.

So today we’re diving into the topic of street promotion, how you can best utilise it to gain exposure as a DJ and push events where you’re playing – and what you should avoid doing.

Isn’t the internet enough?
Many DJs and amateur promoters might believe street promotion isn’t necessary anymore with social networks and email. I would beg to differ just based on how many online promotion pushes generally end up in spam folders, with even social media accounts getting revoked due to complaints. Online isn’t a lost cause, but it can’t be the only path. However, street promotion can get annoying when it’s done incorrectly.

We’ve all been the victims of someone shoving flyers into our hands when we’re heading to or from a venue, or finding them on our cars. We hate that pushy guy who bothers us with flyers we’ll end up trashing half a block away. Some might think being pushy or even annoying is the way to get results, but like online, if you’re shoving a message into people’s hands that they didn’t want to hear (or they do not like), then you’re not going to get results.

Go back to marketing
Think about a commercial you hate that comes on the TV. There isn’t anything memorable about it, and you’re instantly ready to change the channel when that commercial appears. Or think about when you’re going to watch a DVD and a trailer comes on of some movie you would never waste time watching.

What do you do? You try to fast-forward. Marketing is about finding your target market and giving them a solid message they will hopefully connect with.

You need to find a way to push your message into people you want to make your fans, but not annoy them in the process. If you annoy them, then they’ll more likely toss your flyer or even you CD in the trash. How does that help you?

Be personable… not pushy
Imagine when you’re at the club and two hot girls come up to you. You can see they’re wearing tight T-shirts with a liquor logo on them and holding a tray of shots.

They get you to try a shot, and you give them your name and address. You know very well these girls probably have boyfriends and the information they took was for an employer, but their flirtation and free drink made you smile and thus they earned your information. Now imagine you do that as a DJ.

I’m not saying you come out and flirt with people, but be personable. Some of the better street promoters and even DJs were guys who were personable with me.

No one is going to be interested in some stranger just shoving a flyer or a CD into their hands. Be sociable and get to know the person for a bit and personally invite them to your event or give them your CD with the message that you think they would really like it. Show them that they’re not just numbers, but you are interested in them as people.

Do the other usual tactics
Being personable and sociable is only half the battle. You still need to do the usual tactics when street promoting. The easiest one is to leave flyers in local stores, cafes, and restaurants that allow them. (I would not leave large stacks, especially when it’s a section loaded with flyers, but leave some.)

It’s the same when you want to gain fans, rather than push an event. Leave some CDs on that flyer shelf. I guarantee people will take them and check them out. Just be sure to leave a means for them to find you.

One tactic I did when traveling was to bring 50 CDs, and just randomly leave them around the city I was in. I went though Athens and Thessaloniki in Greece dropping CDs on top of newspaper boxes. My brother thought I was crazyat the time , but I saw a spike in my web site traffic from Greece because of it. Give it a shot next time you travel.

Flyering cars is another tactic, but I’d be careful with this one. It’s been a practice for a long time, but now some area law-enforcement will frown on people placing flyers on cars. Best solution is to think outside of the box, but be careful. Rather than hit the cars on the street, go into a parking garage that you know club patrons are parking at… then flyer those cars. You might deal with security cameras, but not the police.

Think outside of the box
One of the biggest mistakes I see many street promoters make is they only seem to target one tiny sliver of the market. While you should go around town on nights to get personable and socialise your way to giving people flyers and/or CDs, it’s not the only time. There is the office, college campuses, stores, and even other social affairs that are not bars or clubs. Maybe a daytime street festival.

I also think with modern technology and some creative thinking, you can go further than just “handing out things”. “Guerilla marketing” is not a new idea, but it’s effective. The idea is you’re going beyond the normal thinking in street promotion. Some will draw advertising images on the ground in chalk. Imagine drawing your flyer or web address on the sidewalk all over a city in chalk. It’s not really vandalism (since it’s chalk), but it’s creative. I also like the idea of decals. A simple image and perhaps a QR Code leading to a web address. You would be surprised how many will scan it just to see.

One other idea is to set up places to promote. This is very helpful for mobile/event DJs. Get involved with your local parish, or a charity organisation. When they have a fundraiser party, then you can offer to DJ it for free. That’s the time then when you can push your services to people who are there. Imagine how many possibly engaged people might show up…and thus would remember you. You should also utilise your events. So say you’re playing a guest spot in a club; bring CDs and give them out to people. Let them get to know you and remember you. Make the goal simply for them to see your website or fan you on Facebook. Why let a good opportunity go to waste?

Be careful…
With any street promotion, you have to not only be careful not to offend your target, but also not to get yourself in trouble. First and foremost, respect your industry. If you are giving flyers out at another event, do not disrespect the promoter by just blatantly handing out items.

It’s one thing if you’re chatting with a girl and it leads to you giving her your CD, but it’s another to just stand in the entrance handing flyers to another club’s customers. Even if you’re playing at that event, you don’t want to be flyering a future event that might compete with the promoter.

I also mentioned the possibility of getting into trouble for flyering cars or even slapping stickers on public property. I’m not saying not to do it, but simply be careful not to end up with a ticket or worse in handcuffs. You have to take some chances to get the big prizes, but you don’t have to be stupid about it.

We go back online and show you the proper ideas and ways to promote online and get effective results without annoying people. Email, social media and the internet will all be discussed.

What are the best examples of street promoting you’ve seen or used? How important do you think street promoting is in the internet age? Let us know your thoughts and experiences in the comments please. 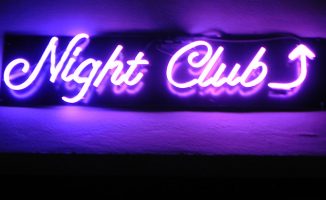 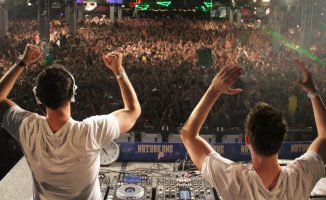 5 Ways To Make Yourself Irresistible To Promoters 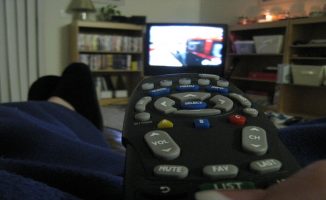 7 Ways To Get Gigs Without Leaving The House 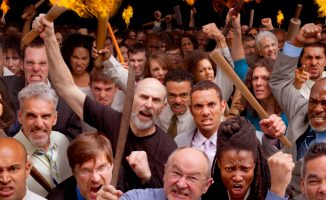 How Not To Be The DJ Everyone Hates