The Ape Labs ApeLight Maxi and ApeLight Mini are fantastic lights for the gigging DJ who doesn’t want to fuss with complicated lighting rigs and control. They’re easy to set up, last long on a single charge, and are built like tanks. They’re not cheap, but they feel like they’re built to last . If you’re a “one man” DJ show and you’ve always wanted to add some lighting but were put off by traditional DJ lights, these are good starting points for your set-up.

Lighting has always been a curiosity of mine because I usually gig at dive bars and pubs that don’t have any DJ lighting at all. I’ve often toyed with the idea of taking along my own lights, but never went ahead because they’re too heavy and take forever to set up. Plus, I don’t want to have to fiddle with a lighting console.

When German company Ape Labs sent us a set of Ape Labs ApeLight Maxi and ApeLight Mini modular lights to review, I was intrigued – all of them were portable, battery-powered, and controlled wirelessly with a remote. Could these be the answers to my lighting problems?

The ApeLight Maxi and ApeLight Mini have 15W RGBW LEDs: the Maxi has three LEDs, while the Mini has only one. They both ship with power adapters, remote controls, and a hanging bracket. The bracket is important because even though they are meant to be used as uplighting – meaning you use them to highlight walls or other surfaces from the bottom – they can also be hung from a truss and used to light your dancefloor, just like a PAR can.

The Maxi and Mini are encased in a solid metal chassis with rubber feet, and they’re heavy – these aren’t going to be easily knocked around.

I plugged in their power adapters to charge them. Ape Labs claims that the lights can go for up to 14 hours on a single charge, which is great for even the longest of DJ sets. It did take a while to fully charge though (three hours wasn’t enough to fully charge the Maxi, for instance), so I left them overnight. Once charged, I got to work. 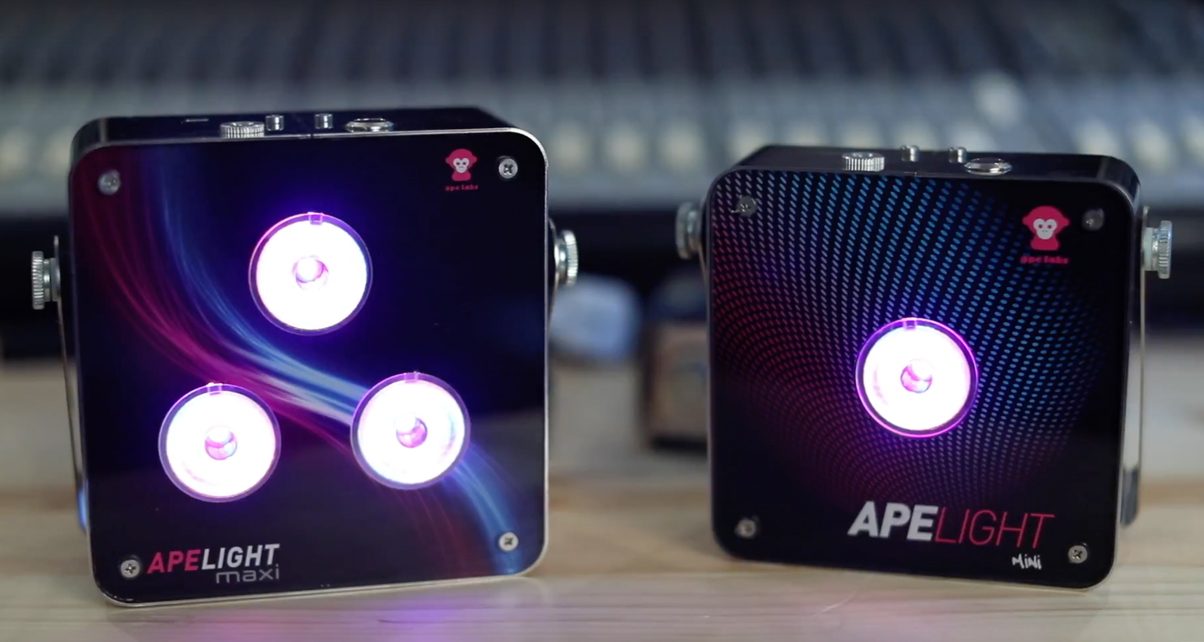 I wanted to try out the lights during a DJ performance, so I set up the Ape Labs Maxi and Mini in my DJ studio as uplighting for my DJ set livestream – I placed a pair of Maxis behind me to light up the walls, and then I put a pair of Minis in front of me in the other end of the room for ambience.

Both lights have on/off buttons: You turn them on, and then you’re able to control them via the wireless remote. That also means you’ve got to turn the lights off when not using them because, even if the LEDs aren’t shining any lights, they’re still draining power from the rechargeable battery because they’re on standby.

I switched them on, and was impressed by what I saw: the Maxi, in particular, was strong enough to easily fill my walls with cool lighting. The Minis weren’t as bright, but they rounded out the look I was going for by throwing ample lighting towards my face. 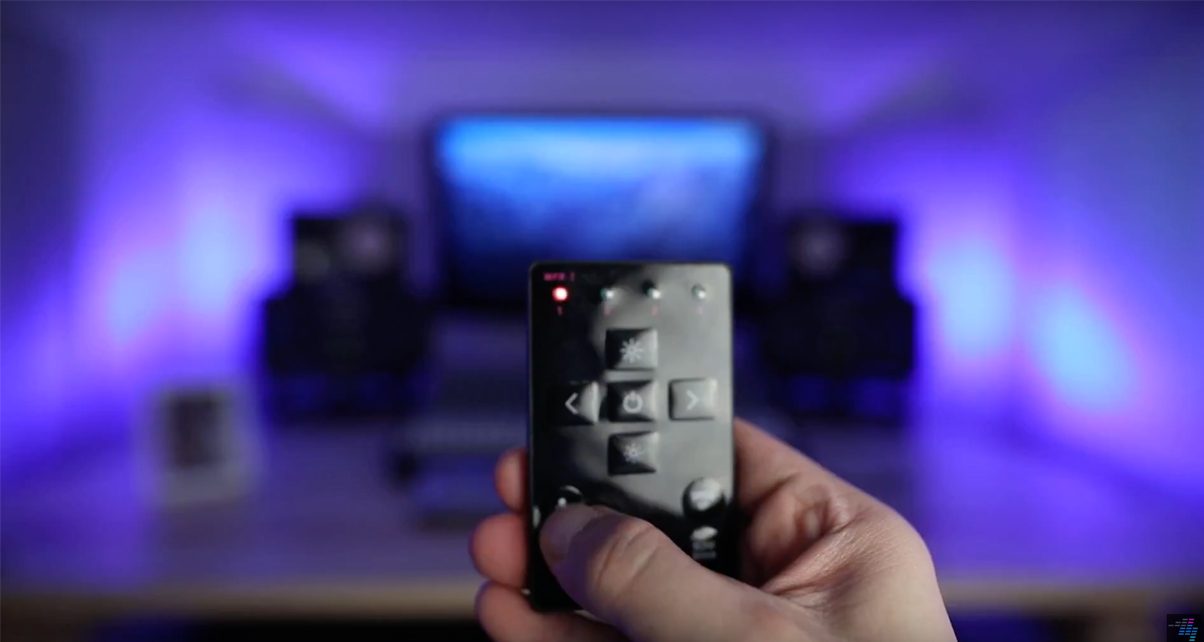 All the lights can be controlled using the included wireless remote: You can switch from among 20 lighting programmes (static and dynamic), change the lighting pulse speed or brighten or dim the lights. You can also enable “Sound To Light” mode, which activates the built-in microphones of the lights and lets them pulse in time with the beat of whatever’s playing.

More than that, the wireless remote lets you easily turn the lights on/of at a touch of a button, making for some cool dynamic lighting while you’re DJing. There’s nothing I loathe more than lighting that’s “always on” during a performance – it takes away from the natural ebb and flow of dance music.

You can assign any Ape Labs light to any of four groups in the wireless remote – this lets you change settings for specific sets of lights (eg you want to change the colour of the lights in the DJ booth, but you want to keep the dancefloor as is). It’s a good idea on paper, and in practice it works really well. I took them to a gig I played and was able to easily control the Maxis I had lighting my dancefloor, the Minis that I used as spot lights, and another pair of Ape Labs lights called Apestick, which is an LED tube (more on that in a separate review). 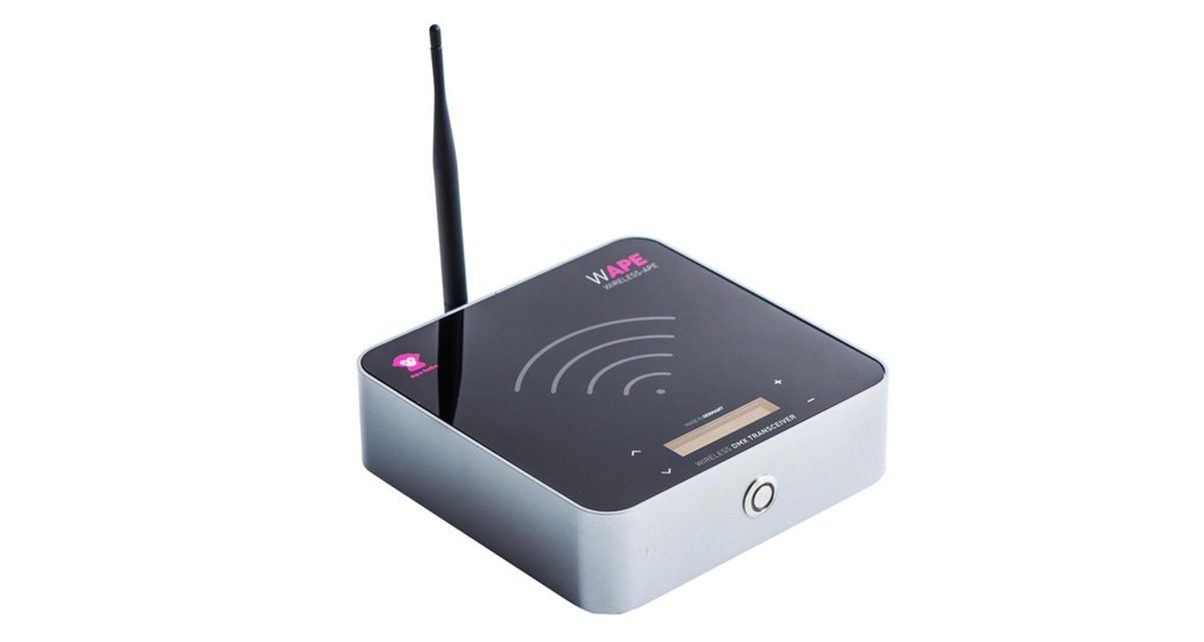 The Ape Labs Maxi and Mini can also be controlled via DMX when paired with the W-Ape wireless DMX transceiver. This lets you integrate Ape Labs lights into your DMX console-equipped lighting rig for more hands-on control of parameters, or if you want to step up to using a DMX console instead of the wireless remote.

The Ape Labs ApeLight Maxi and ApeLight Mini are fantastic uplights for the gigging DJ who doesn’t want to fuss with complicated lighting rigs and control. They’re easy to set up, last long on a single charge, and are built like tanks.

The only things I didn’t like about it are the long charging times (possibly becuase of the NiMH batteries, which are an older battery spec), and their price: they’re a bit on the expensive side with the ApeLight Maxi coming in at under US$280 and the ApeLight Mini at US$200. They’re definitely not cheap, but they feel like they’re built to last many, many years.

If you’re a “one man” DJ show and you’ve always wanted to add some lighting but were put off by traditional DJ lights, the Ape Labs ApeLight Maxi and ApeLight Mini are good choices to start building your set-up.