The Reloop SHP-8 headphones are meant for DJ/producers looking for a pair of cans they can use for making music and for spinning too. It’s a fairly bright-sounding headphone with decent bass, though we still found the lows lacking for gig use. The SHP-8 excels in comfort and ergonomics, and has a spacious representation of sound that’s great for picking out details in the highs and mids. One of the better cans in their price bracket.

The Reloop SHP-8 is Reloop’s first foray into headphones for music production. The company claims that these can also be used for DJing thanks to its onboard bass boost switch that gives an up to +6dB boost (more on that later). It comes with a headphone bag, a detachable straight cable, and an 1/8″ to 1/4″ adapter. The ear pads are also replaceable should they get worn out.

I was surprised by how light they are. You can’t fold them into a ball, but the ear cups swivel, allowing for various monitoring positions while you’re producing or DJing. I plugged the SHP-8 into my AudioQuest Dragonfly headphone DAC and got to work.

The Reloop SHP-8 is easily the light and most comfortable pair of over-ear headphones I’ve used. They are made of aluminium, and the ear cups are large and fit around my ear perfectly. The ear pads are made of a soft synthetic material, and feel great. I feel like I could wear these for hours on end.

I listened to a variety of electronic music I love in order to test the SHP-8.

The highs are quite aggressive on the SHP-8 – airy instruments and vocals rise above the rest of the elements in a production, and while it gives a pleasant “hi-fi” sound, that also means whatever sibilance and natural brightness in a mix tend to sound a tad brittle and, at times, unnatural.

While listening to Bjork’s “Stonemilker”, her “esses” became more pronounced, including some of her breaths in between syllables. It’s not necessarily a bad thing for casual listening, but in a mixing situation that means you might dial down the highs in your production while you’re working, only to find out later on when you do a car test or drop the track in the club that your track sounds duller than you’d like.

The lows aren’t as pronounced on the SHP-8, which is fine for studio reference headphones that aim to offer a “flat” sound. I listened to Aphex Twin’s “Cock/ver10” track from his excellent Drukqs LP, which features a dense and assaulting drum / percussion arrangement, and found that it can be challenging to pick details in the bass at times, though this can be mitigated with the bass boost switch.

You have two settings for the boost switch: +3dB and +6dB. I prefer listening with the switch turned off, and only when I really need to zero in on bass elements do I turn the bass boost on.

The mids on the SHP-8 are gentle – this is the part about the headphones’ sound that I like the most. It’s not as “upfront” as the highs, which can make for a tiring listening experience. I put on Four Tet’s “Two Thousand And Seventeen” to test: You get a sense of space with the mids here, which heightened my appreciation for the tune. This can be helpful when picking apart the “meaty” elements in your production like vocal tracks and synths. 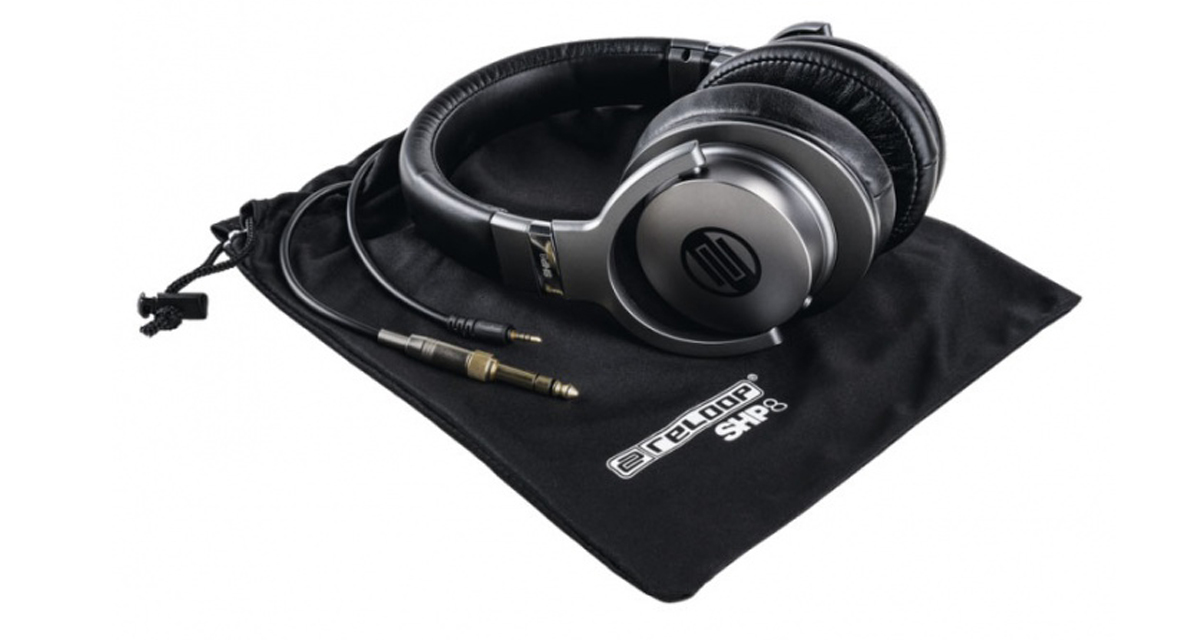 The best headphones take you to a different place when you wear them. You can be in a crowd or a busy street, and when you slap those cans on, you’re taken to the coast of Cornwall. You close your eyes, and then suddenly you’re floating in a dimly lit studio somewhere in East London. You listen closer and you hear metaphors of Iceland coming from a voice that flits around inches from your face. They sound natural and transparent, like you are in the sound experiencing it instead of just hearing it.

Few headphones are able to do this (the Sennheiser HD800 and Focal Utopia come to mind), let alone a pair that costs under US$120 like the Reloop SHP-8. However, it is able to impart some of that “teleportation” magic thanks to its extremely comfortable design and weight (perfect even for folk with big earrings like me) plus its spacious representation of sound. I’m not fond of the overly bright sonic signature, which can sound a bit harsh and brittle at higher volumes, and the bass also could use some more detail even with the boost switch on.

Overall, the Reloop SHP-8 is still a decent pair of headphones for DJ/producers starting out and who would like to augment the output options of their bedroom production studio. Maybe you already have a pair of monitors like the KRK Rokits or Adam Audio T5V and you’d like a second output option for reference and picking out high-frequency details. If this is you, you’ll want to give the Reloop SHP-8 a try.