The Tribit Stormbox is a waterproof portable bluetooth speaker that packs quite a punch for its size and price. For under US$70 the Stormbox provides a lot of sound out of a speaker that easily fits in your DJ bag. If you are looking for something that pairs well with a super-portable small setup the Stormbox is a good choice.

The Stormbox is a portable Bluetooth speaker that is perfect for the kind of set-up that can fit all in one backpack. The Tribit Stormbox pairs well with something like a smaller two-channel controller and laptop.

The Stormbox has two input sources, Bluetooth or 1/8″. A lot of cheaper Bluetooth speakers may not include this addition input source, so it’s nice to see it included here. For the purposes of DJing you will most likely be using the 1/8″ connection with an 1/8″ to RCA cable. 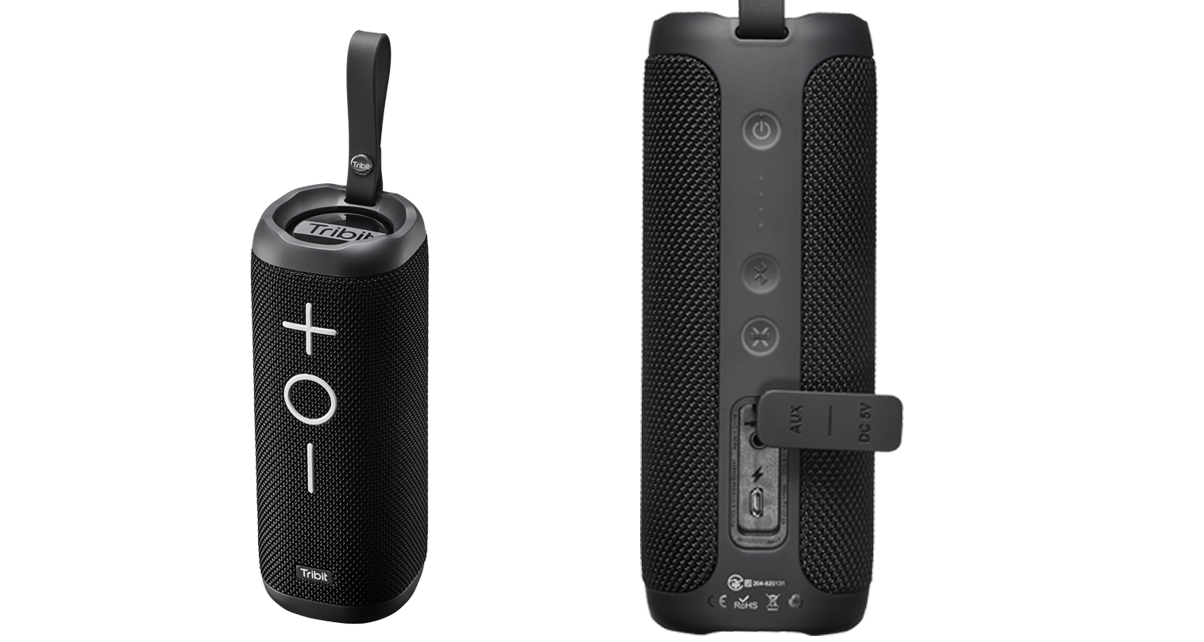 This Bluetooth speaker includes a battery that is rated to last for 20 hours. The actual playtime may vary, but it more than likely last the length of a party. If that isn’t enough, you can connect the speaker to a USB power bank to keep the party going even longer.

Using the Tribit Stormbox is very straightforward. Plug your DJ controller to the input of the speaker, power it on, and you are ready to go.

The speaker projects sound 360-degree around giving it better sound coverage than speakers that are more directional. The Stormbox also feature two small woofers are either end that has a bass boost function that provides a surprising amount of low end for such a small package.

One drawback about its design is the placement of its two woofers. Because the woofers are on each end of the Stormbox, if you stand the speaker up you lose some of the power of the woofer. To get the maximum amount of sound out of the Stormbox it has be placed on its side. While this isn’t a dealbreaker, it does take up some extra space compared to standing it upright.

I wanted to take a break from the studio and decided to practice outside and the Stormbox was a perfect companion. Instead of just using a pair of headphones, I was able to have the master output play through the Stormbox while using the headphones to cue like I would in a real gig environment.

Because the speaker is battery powered my practice time was only limited by the amount of battery life I had on my laptop. The Stormbox makes me want to get out of my studio space more often because of the quality and amount of sound you get without having to worry about powering it.

The Tribit Stormbox is a great Bluetooth speaker, especially for the price. Add in the fact that it includes a 1/8″ input it becomes a useful tool for DJs that want to take the party outside or for spur of the moment gigs at a friends out.

If you’re in the market for a portable speaker that throws out a ton of sound, can be used with your DJ set-up, and doesn’t break the bank, take a look at the Stormbox.