Of course, when mirrorballs first graced the decadent dancefloors of the 70s, CDs were but a starry glitter in the eye of some laser-lovin’ engineer somewhere. Wasn’t long until every dancefloor from San Fran to Solihull had a mirrorball. A few years later, most of them had their music played from CDs, too.

I remember when I was lucky enough to buy my first mirrorball. It was for the owner of the club I played in every Saturday, and he’d always wanted one since a trip to a New York club in the late 80s. So we fitted the thing, complete with its motor and light pointing at it, and put a switch behind the decks to turn it on and off at the right times. Gotta be honest, I loved it, and to this day I still want one in my living room for those squiffy post pub moments (“Mmmmm, light or mirrorball?”). It’s going to set the scene and the mood in fine fashion when I finally get one.

You have to love the irony of this thing here, though; a giant mirrorball made entirely of CDs – that once-futuristic medium of music that neatly appeared halfway between the funeral pyre of disco and the birth of house. Shame it turned out that CDs did actually scratch almost as easily as vinyl, their cases were rubbish, and DJing with them was like using records but with much of the fun and all of the cool bits removed.

You want me to tell you how to make a giant mirrorball of CDs? Mmmm, not so sure to be honest. Never really been a paper and glue type of person. Maybe get a giant beach ball and glue every CD you ever bought onto it? This one looks like they’ve done some clever stuff with Death Star-style indented bits too. However you do it though, it’s gotta be a better use of your CDs than stuffing them into bulky CD players and pretending you’re mixing with vinyl.

I for one would love to spin my MP3s from my trusty DJ controller and laptop under a mirrorball made entirely of unwanted CD-Rs that looks a bit like the Death Star. Space disco, anyone?

Seen any novel uses for silly old CDs? Got any suggestions you’d like to make? We’d love to hear from you. 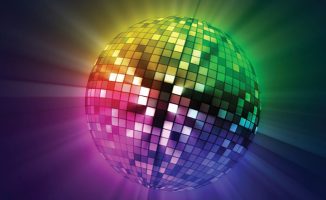 Your Questions: Should I Buy My Own Lights & PA System? 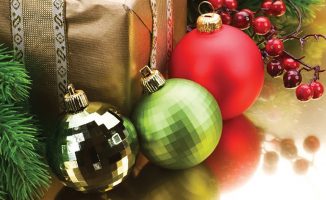 Which DJ Gig Are You Most Looking Forward To This Holiday? 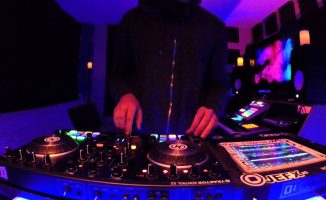