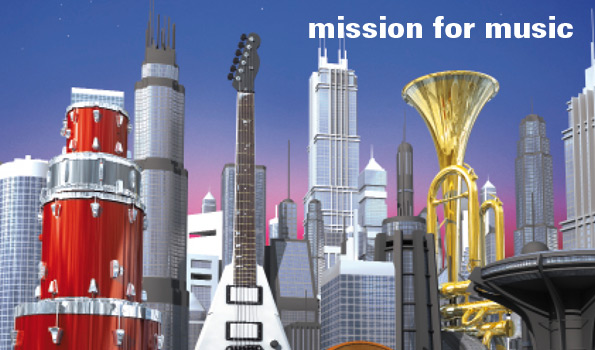 Over the past week we’ve been bringing you preview and reviews of new gear from this year’s Musikmesse trade fair in Frankfurt. We have a lot of video material that we’ll post over the next week or two as well.

But today is our round-up of the best of the rest: Stuff that we haven’t got room to feature separately but which nonetheless caught our eye at the show. We trawled the halls (and believe me there are lots of them as well as the “remix” hall where most of the DJ gear is) and our feet bear the scars…

Best of the rest…

Advertised as being worn by no less than Radio 1’s veteran DJ Pete Tong, the new Allen & Heath Xone XD2-53 headphones have got a shiny gun metal finish to replace the silver of the old model, and also add a detachable coiled cable – an improvement on the fixed cable of the previous model. They retain the pro features of their previous incarnation, though, including high quality leather padding and 53mm drivers, so the sound quality should be exactly the same.

MixVibes has been hard at work, and was debuting a version of its Cross DJ software designed for iPad. It borrows heavily from the full-sized version of the package, and from the small demo we were shown is slick indeed. You can drag tunes onto decks in a similar way to with djay for iPad (including the record label), there are good effects including X/Y control, and the library functionality is slick. Plus, beatmatching is tight and there are parallel waveforms. We like it.

Magma was showing a range of cases for popular DJ controllers. In two sizes (XL/XXL), they fit the Numark NS6, the Pioneer DDJ-ERGO and the Traktor Kontrol S4. Custom-sized cases like this make sense because they do a better job of protecting your gear, as it can’t “rattle around” in the case, reducing the protection afforded.

Two first here: Deckadance will soon also be available for iPad, and it will have hardware support for some DJ-Tech controllers, including the DJ For All and DJ Tech’s modular digital devices. You’ll need an Apple camera interface to connect to the iPad (as per picture). The app will be on sale soon for just a few dollars.

These are certainly daring to be different. Coming in a whole range of styles and colours, these headphones are equally at home on the street or in the club, and have an equally distinctive set of features to match their looks. They all come with two interchangeable cables, one with a microphone for street use, and a coiled DJ-style cable for home and club listening. We’ll be reviewing a pair of these shortly.

This attractive, round white plastic device gives you high-quality loud audio out from your iDevice, plus Midi so you can use a USB Midi controller to take physical control of any iOS music software with Midi learn capability. Furthermore, it’s powered, so it will charge your iPad for you at the same time as you’re using it.

These are roughly the same price as the Behringer model we reviewed last week, and overall they’re of a similar (reasonably high) quality. While there’s no detachable cord, you do get really nice suede-feel padding, and the white and gret design is sure to appeal to some DJs. They sounded good to and felt built to last. We look forward to reviewing them at some point soon.

We were impressed with this new stand from Magma. It is solidly built, has long foam rubber attachments to protect the underside of your laptop or controller (which actually are better than the rubber “rings” on the luxury Crane Stand because they won’t perish as easily), and it felt extremely sturdy too. What’s more, it packs perfectly flat into its own bag. It could well give Crane a run for its money.

While not strictly new, these are new to us. Two models were on show, this picture being the Pro model. They have some clever engineering at work which claims to improve sound for DJing. We gave them a quick try and they were very comfortable and in a loud hall sounded great – so we’ve asked for some review samples in order to investigate further. Expect our verdict on them in the coming weeks.

A new name to us, Neusonik offered a range of iOS interfaces. Most were aimed squarely at musicians rather than DJs, except this one, which would definitely be useful to the iOS digital DJ. It comes with high-quality stereo line inputs and outputs, plus round the back are an XLR and microphone input (dual plug). Like the V-Midi from Vestax, it also has a USB Midi port. However, in this instance there’s no external power.

Although these are studio not DJ phones, we had to include them because of how gorgeous the design is. Those thick foam pads are an option (you can have leather too), and your ears are held apart from the drivers by a good distance, with very little pressure, so you could wear these for a long time without discomfort. They sounded a little less aggressive and also less loud than the equally excellent and emblematic DJ model.

MixVibes was previewing its forthcoming Cross 2.0 DJ software. Quietly, Cross has become a capable player. Now with decent effects (since 1.7), and sample decks too, added to its excellent library manipulation (MixVibes was behind Pioneer’s RekordBox library software) and some of the best elastic beatgridding and syncing in the business, version 2.0 takes another leap forward for the French company.

Overall, then, while there wasn’t a huge amount of new stuff on show this year, there were some interesting controllers (the Vestax VCI-380, and the Stanton DJC.4 caught our eye), and it was also good to see the innovative iPad controller from Numark, the iDJ Pro, actually working (video coming soon).

iOS DJing continues to grow with both MixVibes and Deckadance adding iOS versions, so it can’t really be long before the big boys wade in. Talking of software, we have a full preview video of Virtual DJ 8 coming in the next week or so (for enthusiasts only – it goes into some depth). This was probably the most exciting piece of software we saw all week.

So that’s it for another year! Time to start editing and uploading all the video material we filmed for you.

What caught your eye the most this year? What were you maybe expecting that didn’t happen? We’d love to hear your thoughts in the comments. 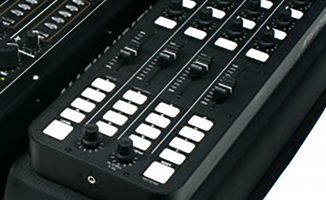 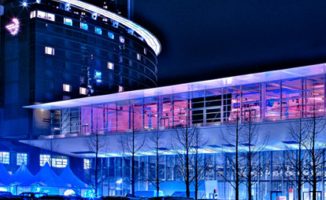 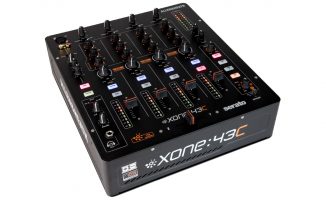