A couple of weeks ago we reviewed the Rane Sixty-One mixer, a Serato Scratch Live-compatible standalone DJ mixer and audio interface designed to let you DJ using turntables and/or CDJs but manipulating audio via Serato Scratch Live software and your laptop. But what if you already have decks and a mixer, and just want to move over to digital? That’s where the Rane SL2 comes in.

(By the way, Traktor’s digital vinyl audio interfaces now comes packaged in exactly the same way as Rane’s always have, ie packaged with control vinyl as a “complete system”, and we’ll be looking at a Traktor’s digital vinyl system in a week or so. As for a native Traktor mixer like the Rane Sixty-One? Well, I for one don’t think Native Instruments will leave it too long, and Pioneer already does. We’ll be covering them in due course…)

Finally, before we begin, if you’re wondering about the fact that the Rane SL2 is over a year old and yet we’re reviewing it only now, there’s a reason for that. We’ve traditionally neglected to cover digital vinyl systems (DVS), which is something we’ve decided to put right. The clue is in the name after all: digital. So we’ve to play catch-up. We want to truly represent digital DJing in all of its flavours.

So, you have record decks (or CD players, but from now on, we’ll assume it’s record decks). And you have a mixer. Maybe you’ve had both for a long time. You have no wish to replace them with new gear. But you’d really like to go digital (after all, the advantages of digital aren’t just in the gear. How about music discovery? Software effects, loops and cues? Etc etc).

What you need, sir, is a digital vinyl system – an example of which is today’s review item, the Rane SL2. Plug this into your existing decks and mixer, hook up your laptop, install the supplied Serato Scratch Live software, and you’re ready to go. You need a little more than just the audio interface to crack it. So also in the box are two slabs of Scratch Live vinyl. These contain “control tones” (sometimes called “timecode”, but Serato insists its technology is different from what some people call timecode. Confusing? A bit maybe…).

So when you’re DJing with such a system, you leave the same “records” on all the time, changing tunes on software. The control tones tell the software information about how you’re manipulating the music. (There are control CDs supplied, too, for CDJ users, but they work in the same way.)

Finally, you get the cables you need to set up, which are really very simple – two cables (should you need them) to plug your decks or CDJs into the Serato box, two from the SL2 box to your mixer, and a USB (a really nice, high-quality braided blue cable) to go from your computer to the SL2 box.

The SL2 is a direct replacement for Rane’s previous entry-level digital vinyl box, the SL1. It has a USB 2.0 port rather than 1.1, technically better sound (44.1 or 48kHz sampling rate, software switchable, 24-bit), and ASIO and Core drivers to allow the audio interface to be used with third-party software as well as just a DJ interface.

There’s a small switch to select from two CD players or two record decks (you can’t combine the two), an earth pole for your turntables, a couple of power and status LEDs, and a 7.5V DC adaptor socket in case for some reason your PC can’t provide sufficient bus power. And that’s it.

The eagle-eyed reader with knowledge of the Rane SL1 may have noticed that the microphone input has gone, so it was obviously deemed an option not relevant for an entry level DVS controller, and I agree – most mixers have a mic socket anyway. The hardware is compact and smart in black painted metal, and there are four small adhesive-attachable rubber feet in the box for you to stick on the underside if you wish.

Getting it up and running

Once you’re all plugged in you have to calibrate everything. This involves playing loud music and adjusting some software faders to ensure Serato can tell the difference between background noise and the control tone. It takes all of two minutes. And really, that’s you ready. the diagram below illustrates the way it all fits together.

What you’re really buying here is Serato Scratch Live software, along with a little box that gives your existing gear the means to control it. This isn’t a review of the software, but suffice to say that SSL is mature and performs excellently. Whether you want to “just play records” (in its Absolute mode, the software gets astonishingly close to that, even down to you “flipping” the control vinyl to play the next song…), or use vinyl to control your MP3s alongside more standard DJ software-style features (loops, cues, FX, sample and so on), SSL can be configured to suit.

Incidentally, unlike ITCH, Serato’s closed architecture controller software (you buy a controller, it comes with ITCH, it does what it does, you can’t tweak anything), with the SL2 and Serato Scratch Live, you can add an additional Midi controller if you want, to control samples, effects, loops, cues – whatever you like. Also unlike ITCH, there’s an internal mode. Hit it, and you can take over control of the software using the keyboard. (Good to learn in case of technical mishaps.)

One of the attractions of this system (and the other Serato-compatible Rane hardware) is the fact that for an extra cost, you can buy Serato Video, a plugin that lets you, DJ, using MP4s, giving you the ability to scratch video just like vinyl. The SL2 is all the hardware you need for this (of course, you’ll need a laptop that can handle the extra processing necessary, and that has at least a VGA output to plug into a projector or screen).

The SL2 is a direct replacement for the SL1. It improves the spec (both PC and audio) and drops the microphone input. Apart from that, it’s business as usual.

The higher models – SL3 and SL4 – allow three and four external inputs respectively, and progressively add more features like extra outputs (so you can have the sample decks from the software playing through a different mixer channel, for example) and an extra USB (so two DJs switch “live”, one plugging in and setting up ready to mix right into the last record of the previous DJ). But the underlying technology remains the same.

So unless you want these features, it’s not worth your while going for the higher packages. Conversely, you may look at the SL1 and say “what’s wrong with that?” Even though it’s not made any more, it is a perfectly capable device, it has a microphone input which the SL2 doesn’t, and despite having a lower spec, works perfectly well. It’s also very much available, and you can make a saving of over US$100 by going for the older interface.

Ultimately, the SL2 does exactly what it says on the box – it offers a stable, low-latency DVS system, with no hidden costs (the software is the full version, all upgrades are free) – just as well, as it’s not exactly cheap. It delivers great sound quality, letting you get on with either playing vinyl like you always have done, or slowly dip your toes into the waters of advanced digital DJing and start to enjoy all the bells and whistles that make digital more fun than straight analogue.

Do you use the Rane SL2? Do you DJ in a venue where people use them? Are you an analogue DJ looking to make the switch and considering such a device? Let us know your thoughts in the comments. 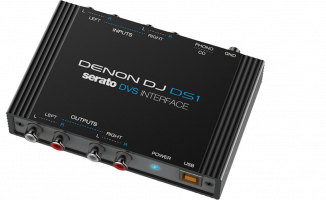 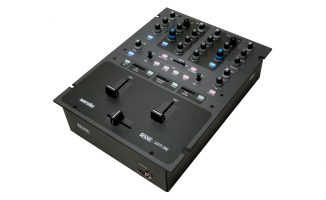 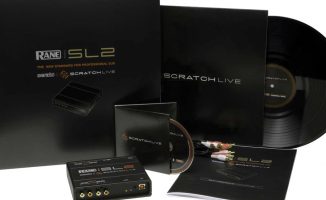 Your Questions: Should I Switch From ITCH to Serato Scratch Live? 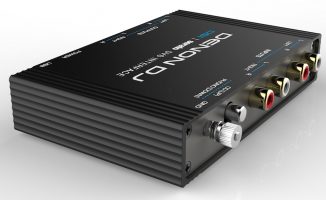