It’s pure coincidence that this one follows on from yesterday’s revelation that Paris Hilton thinks she’s in the top 5 DJs in the world, but here we go. A reader who I’ll keep anonymous writes: “Hey Phil, so a good friend of mine does the local DJ scene and over the past few years he’s gained 20+ pounds.

“I’ve told him he needs to not only get in shape for his own health but to help make sure he is booked gigs. Let’s face it would a club rather have a skinny guy with abs on the stage or an overweight guy sweating behind the decks? Especially when the promoter or owner doesn’t really care who is booked…

“Most clubs have an image they want to keep and I think having a DJ that keeps that image by staying a healthy weight should be expected. Let’s face it, every little bit helps when booking gigs, and how you look should be a real consideration in a person’s DJ career.

“It’s something I’ve never seen brought up in regards to DJing. But in a business where your image is your brand, how could you not factor in your appearance, especially considering how much glamour and beauty is a part of the club scene?”

I guess the fact that we have to have conversations like this is a sign of the times. When I was a teenager, the DJ was – as Paul Van Dyk puts it – the misfit in the corner playing records. Nobody cared about body image or how sexy they looked or anything like that. We were just grateful someone had put the time in to assemble the tunes we liked, and was happy to stay away from the party to play them to us. Boy, how times have changed.

Here’s an interesting aside: Fast forward to the early 90s, when US DJs were popular in the cooler clubs in the UK, and the “fat New York/Chicago/Detroit dude” was almost a required look: Have a Latin-sounding name, a US passport and a weight problem and you were more likely to be accepted as the “real deal”! Ridiculous, but it’s one example of how weight can be flipped the other way to actually being a positive…

Look, DJs need to master their craft. Being able to really express yourself through the music you choose to play and how you play it it is such a transformational skill to have, that to an audience it can feel like it is almost a God-given thing. To get that good takes a lifetime of practice and dedication. It’s something to be cherished, whatever the weight or appearance of the person playing the music.

Glamour and beauty are part of a part of the club scene, but when music stops being just the soundtrack to a night out and starts becoming a lifestyle – for the people dancing to it as well as the people playing it – then silly things like how much the DJ weighs sink into insignificance. Sure, sometimes promoters and owners don’t really care who is booked, but obsessing over your weight rather than your music is surely a sad, sad place to find yourself.

Now, how healthy you are, what you eat, how much you weigh and so on are important, but they ought to be important anyway, not because you need to be a certain way to get on as a DJ. I don’t think they affect a person’s ability to DJ well, and as long as they don’t, I honestly don’t think it matters.

What do you think? Is your physical appearance of great importance to be a successful DJ? Is it becoming more about glamour than music, style than substance? Please share your thoughts and experiences in the comments. 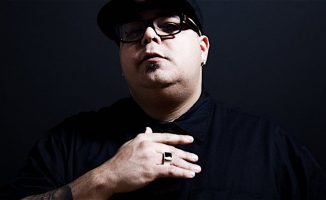 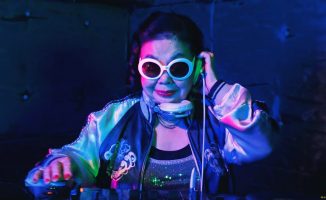 Your Questions: Am I Too Old For DJing?

Your Questions: Where Can A DJ Under 18 Get Booked?