The Reloop BeatMix 4 joins the Reloop Beatmix in the company’s entry-level DJ controller line-up, and as its name suggests, it offers four software channels. Like the Numark Mixtrack Quad, this means that DJs wanting to use four decks independently and simultaneously are covered, but unlike the Mixtrack Mixdeck Quad, this controller comes with a full version of Serato DJ in the box. This has to make it easily to cheapest four-deck Serato controller out there by quite a long shot (the Mixdeck Quad comes with Virtual DJ LE, a cut-down four deck version of that software).

The BeatMix 4 is decently sizes (think Pioneer ERGO controllers), with sleek, white underbody, improved lower profile jogwheels and eight performance pads per channel right under each jog. From the press photos it certain looks slick, in a consumer kind of way. The controller comes with Serato DJ “for a limited period only”, presumably after which you’d have to buy the Serato DJ upgrade from the downgraded included Serato DJ Intro (that only lets you control two channels of course, among other limitations), so if you like the idea of this, it’s definitely worth keeping your eyes peeled and your cash at the ready.

Alongside the Beatmix 4, Reloop also outed the Beatmix 2. Unsurprisingly, this is a two-channel version of the Beatmix 4 (and also, a successor to the original, Virtual DJ-powered Beatmix), but apart from that it’s identical. It comes with a 90-day free trial of the full version of Serato, as well as with Serato DJ Intro.

Do you like the look of full Serato four-deck control for under €299? Will you be saving up for one of these two units? Let us know your thoughts in the comments. 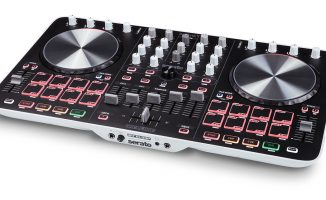 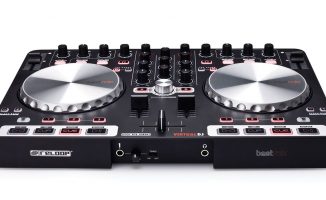