Last night, the word went around the Internet that house music legend Frankie Knuckles died at the age of 59 due complications related to diabetes. While at first many were skeptical, believing this to be an April Fool’s prank, sources close to Knuckles confirmed that it was not.

I’ll be honest, it feels like a little bit of us died inside. Many have different ideas in their mind of how Frankie influenced and built this scene that we have now. We’ve heard many stories, watched documentaries, read books and articles, but I personally like to look at his career as a true display of the power of the DJ.

To really understand this power, you have to look at his career from when he came to the Windy City. Think about what it would be like to get this big residency in a new city, only to watch the whole country turn on the dance music scene two years later. Now you have to maintain your living with the country screaming: “Disco sucks!”

For Knuckles, he seemingly shrugged it all off and it was business as usual at the Warehouse. With the wildness of the 70s flowing into the more conservative 80s, Frankie kept evolving with the music, digging into the crates as much as he would listen to loads of music from all over the place.

Even when this own club, the Power Plant, shut down in 1987, Frankie was already so in-demand that he flew to the UK to pick up a residency there. Since then, the ladder only went up for Knuckles, as he DJed, produced, and worked all the way until his life ended.

What Frankie Knuckles meant to me

I could sit here and tell the same story that many of you heard in one way or another, but this is what every report on his death will say. I more think that a better way to reflect on a legend is to really think about how their work affected your life.

As a DJ, Frankie’s style behind the decks had a major influence on how I like to play. He would maintain a smooth, tight blend and flow. No sudden changes in the music, no “slamming” in tunes, and certainly no quick blends followed by Jesus poses. I look at my own methodology of DJing and how much priority I put on programming and blending, and see a lot of what I saw when I’d see Knuckles play.

Frankie also was the one DJ who made deep house appealing even before it really caught on in the mid-90s. I remember purchasing a cassette of his album Beyond The Mix and heard his anthem The Whistle Song. The whole album was elegant and well-produced. making him a veritable Quincy Jones of house music.

Knuckles was amazing in how he could work with major labels, remixing major pop stars, but yet never lose his underground credibility. I also especially liked how he never stopped evolving in his musical search and selection. Too many legends of yesteryear fall into the “old school party” trap where they are booked to play the classics over and over, thus they fall into a hole. Frankie though always kept up on the cutting-edge and remained a massive influence in the sound of deep house.

It’s going to be a hard loss for many of us, but I also see it as his legacy is set in stone. If you’ve never ever experienced Frankie Knuckles, take a moment to find one of his sets online… either from the old days or more recent. Look at his releases and remixes. Hopefully, you’ll gain as much from him in death that we did in his life. 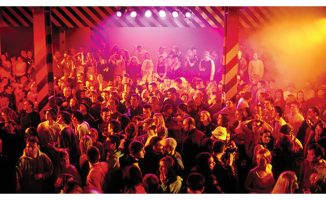 The 5 Best Clubbing Films Of All Time 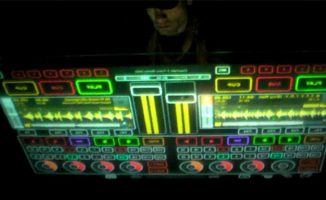 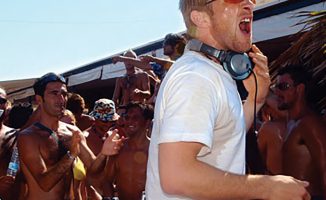 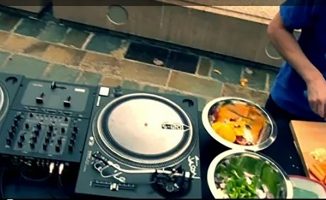 Why Do DJs Make Such Good Cooks?