Online music streaming service Grooveshark has folded, leaving anyone using Virtual DJ’s “ContentUnlimited” service to stream music within Virtual DJ with a hugely compromised service – for the time being, at least.

Grooveshark has closed following a six-year legal battle that found the music service infringing on copyright laws to almost 5,000 unlicensed songs in its catalogue. As one of the main music providers in Virtual DJ’s ContentUnlimited Audio subscription service, this means a significant chunk of ContentUnlimited’s 15 million song catalogue is unavailable to users.

As of press time, Atomix says it is working on bringing new music providers onboard who are tasked with filling the large gap in ContentUnlimited Audio’s music library. ContentUnlimited Audio is free this week for existing subscribers, and Atomix has stated that it will continue to postpone subscription fees until the music library problem has been sorted. For the meantime, ContentUnlimited will be indexing music files from its smaller music catalogue partners, as well as NetSearch.

Atomix told us: “For the past few years, Atomix Productions has been in contract with Grooveshark, who took care of the hosting and licensing of the catalog used in our service ContentUnlimited Audio. Following the lawsuit brought against Grooveshark by some music labels, Grooveshark management assured us that a settlement was being reached and that everything was OK.

“Last Saturday, we were shocked to discover that this was apparently not the case, and that Grooveshark was convicted of wilfully hosting a small number of tracks on which they didn’t acquire the proper licensing, and were consequently shut down. The lawsuit concerned a very small number of tracks (less than five thousand out of 15 million), so it’s very unlikely that ContentUnlimited customers ever played a track that was not properly licensed. Nonetheless, we immediately removed Grooveshark from our catalog, and momentarily limited our ContentUnlimited Audio service (and made sure that we are not charging anyone anymore for this service until a proper replacement is in place).

“To avoid any such surprise in the future, we are now working with some specialised companies, to get licensing deals directly from the labels. We are trying our best to restore the full service as soon as possible, while still making sure that now and in the future, our users will get a high-quality catalog, fully licensed and legal, and that the copyright holders are properly compensated.”

What to do next…

If you’re a ContentUnlimited Audio subscriber, we recommend a ‘wait and see” approach before taking action: If Atomix can bring some great providers onboard as it has promised, then things are potentially going to get better for the subscription platform, not worse; but of course, only time will tell.

• Check out the Virtual DJ website for the full statement from the company.

What do you think about Grooveshark’s closure? Will it strengthen the case for DJs relying on popular streaming services like Spotify, or will it serve as a caveat for DJs in the defence of legal downloads that you can actually keep on your hard drive? Let us know your thoughts below. 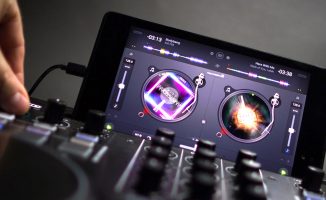 5 Reasons Why Music Streaming Isn't Quite Ready For DJs Yet 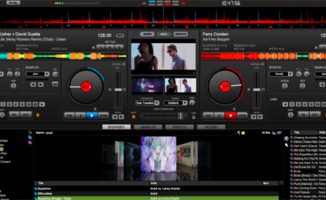