Native Instruments just released an update to its Traktor DJ app for the iPad. Now at 1.6.8, the newest version marks the return of cloud syncing for beatgrid, hot cue, BPM, and musical key data via Apple’s iCloud service. This lets you back up to the cloud for safekeeping, and for syncing to other iPads.

However you still cannot sync Traktor DJ metadata to Traktor Pro 2 as previously, or even to your iPhone, as there’s no sign of a similar update for the iPhone app at this time. So while the update is pretty limited, it does at least confirm that Native Instruments hasn’t left Traktor DJ to slowly die in the App Store. Who knows what may now be around the corner for it?

How things used to be…

The original Traktor DJ made waves not just because of its great interface and ease of use, but because it allowed the Traktor DJ iOS app to sync with the Traktor Pro 2 laptop software. That meant that you could keep your collection unified across devices. However the feature exploited an iOS loophole which Apple soon closed, effectively bricking it.

• Traktor DJ 1.6.8 for the iPad is available now on the App Store. Click here for more details. 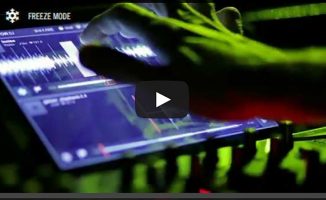