DJ lights that react in time to music are nothing special, but this Kickstarter project, called Synchrony, is an LED light strip and controller combo that creates different lighting patterns based not just on loudness and tempo (as in traditional DJ lighting), but also on song sections, rhythmic changes, and even individual notes. As such, it promises a more immersive experience for your audience.

It claims to do this by listening and reacting to music the way the human brain does. This, apparently, leads to more lighting variations as opposed to the lights simply pulsing along with the beat.

It’s a cool idea on paper, but it remains to be seen how this would perform in a DJ gig setting. At the moment, the only light that works with it is the bundled LED string / light strip, and a pulsing chase-style lighting programme is the only one it seems to perform – hardly ground breaking, but this could very well change if the product gets funding and is updated later on.

Even now, it could be a cool addition to your home DJ set-up, capable of creating an ambience during your live streaming sets, for instance, and if the company expands to more pro lights, it could be just the thing to let you edge ahead of the competition – something of course that SoundSwitch also promises to do for the rather conservative world of DJ lighting. One to watch.

Meanwhile, Check out the promo video below.

• Synchrony is seeking funding until 13 July 2017. Check out its Kickstarter page for more details.

What are your thoughts on this? Think it’s an innovation, or just a fancy way of packaging existing lighting technology? Think your holiday string lights do a better job? Share your thoughts below. 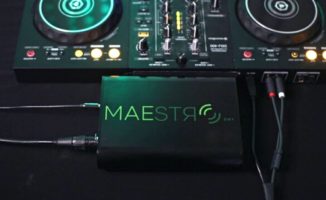 MaestroDMX Is An AI-Powered "Lighting Designer In A Box"

DJ Lighting: Why You Need It & How To Get Started 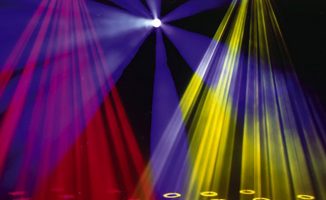 Lighting: A Guide For DJs, Part 2 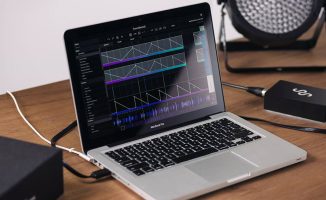 Control Your Own Light Show With Serato DJ & SoundSwitch