In this Gear Prophecy feature, we envisage what a compact Denon DJ SC3000 media player might be like. Denon DJ’s SC5000 Prime released in 2017 is an absolute beast of a media player, but it’s priced way out of reach for most DJs who are looking for a budget-friendly player for their home studio set-up. The SC5000 Prime is also a big piece of kit, making it difficult to transport for DJs who take their own gear to gigs.

Denon DJ might create a budget model that would address both these price and form factor issues to appeal to a more budget conscious audience. We think that model would be called the SC3000, and here are the features that we think it would have… 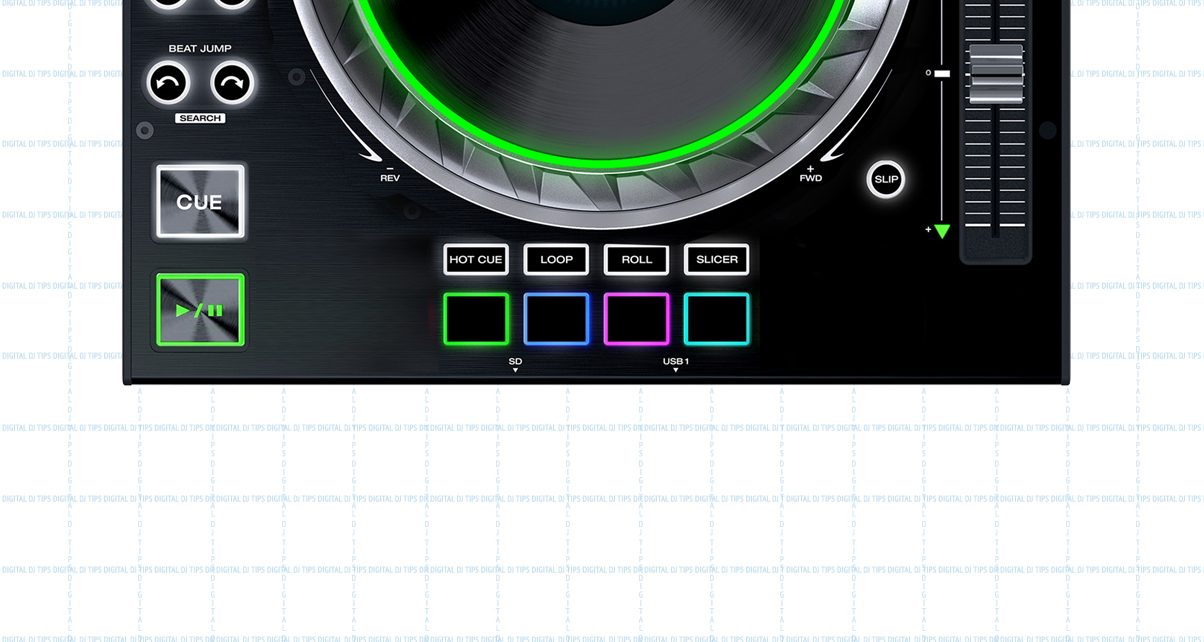 A Denon DJ SC3000 would have a more compact form factor to fit smaller home and mobile DJ set-ups, and as a result it’ll have smaller jogwheels (the SC5000 Prime has eight-inch jogs). It may also do away with the jogwheel tension and platter start / stop knob. It may also have fewer controls onboard: Denon DJ may decide to omit the Pitch Bend and Censor buttons, for instance.

Expanded performance is a keystone of the SC5000 Prime experience, and while an SC3000 may pare down its pads from eight down to four, it might still retain the Hot Cue, Loop, Roll and Slicer function buttons. These would serve to emphasise the importance of media player performance options – of course if you’re a laptop DJ, you’ve had some variation of these features for years now on your DJ controller. 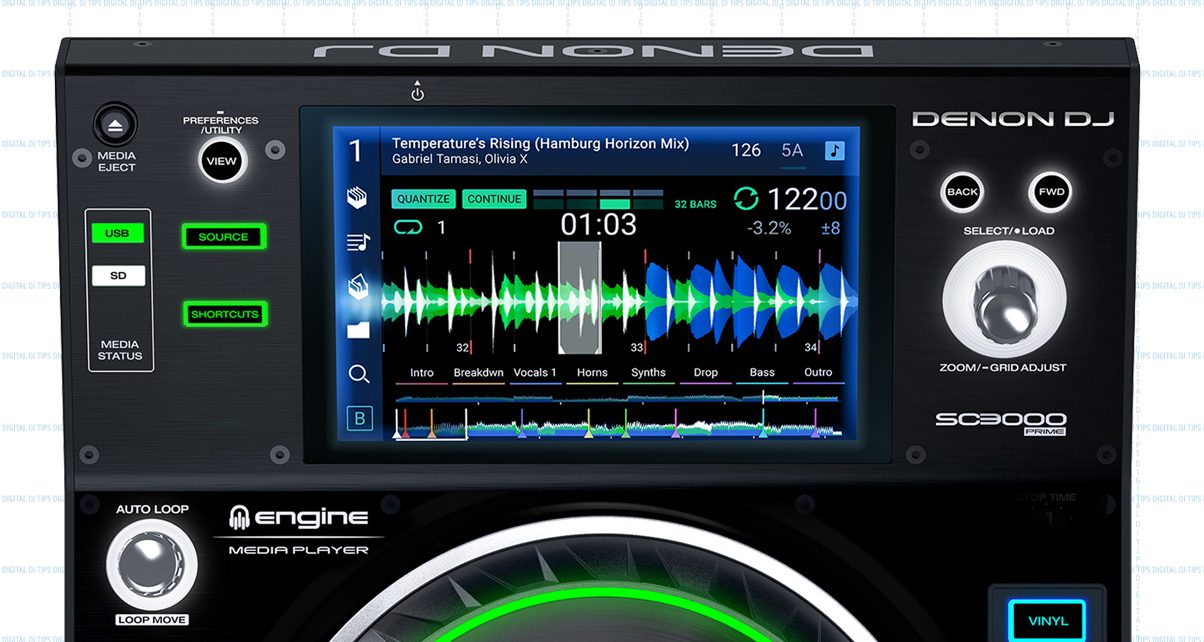 One of the standout features of the Denon DJ SC5000 Prime is its Dual Layer feature, which gives it the capability to play two tracks simultaneously on a single deck. While this would be useful for four-deck mixing in the club, it may be overkill for mixing in a bedroom studio and at house parties.

A potential Denon DJ SC3000 would do away with the Dual Layer output functionality to keep rear connectivity (and internal processing) at a minimum, though it could still have a variety of media input slots such as USB and SD. A USB jack in the rear would also allow you to connect it to your laptop for controlling Serato DJ. We also think that a potential Denon DJ SC3000 would have an Ethernet port in the back for syncing with other SC3000 units.

The Denon DJ SC5000 Prime has a hefty price tag coming in at just under US$1900. It’s several hundred dollars cheaper than Pioneer DJ’s flagship CDJ-2000NXS2 (currently at US$2200), but it’s still priced way out of reach for bedroom and home studio use. An SC3000 would be a more economical option and we reckon it’d come in cheaper than what would be its direct competitor: the Pioneer DJ XDJ-700.

Given how Denon DJ priced the SC5000 Prime against the CDJ-2000NXS2, the SC3000 could fall somewhere in the range of US$500 – US$600. A pair of them would run a little over a thousand bucks – throw in a two-channel mixer (a Denon DJ X1600 perhaps?) and it’s a set-up that would rival an all-in-one like the Pioneer DJ XDJ-RX2 in features and price. 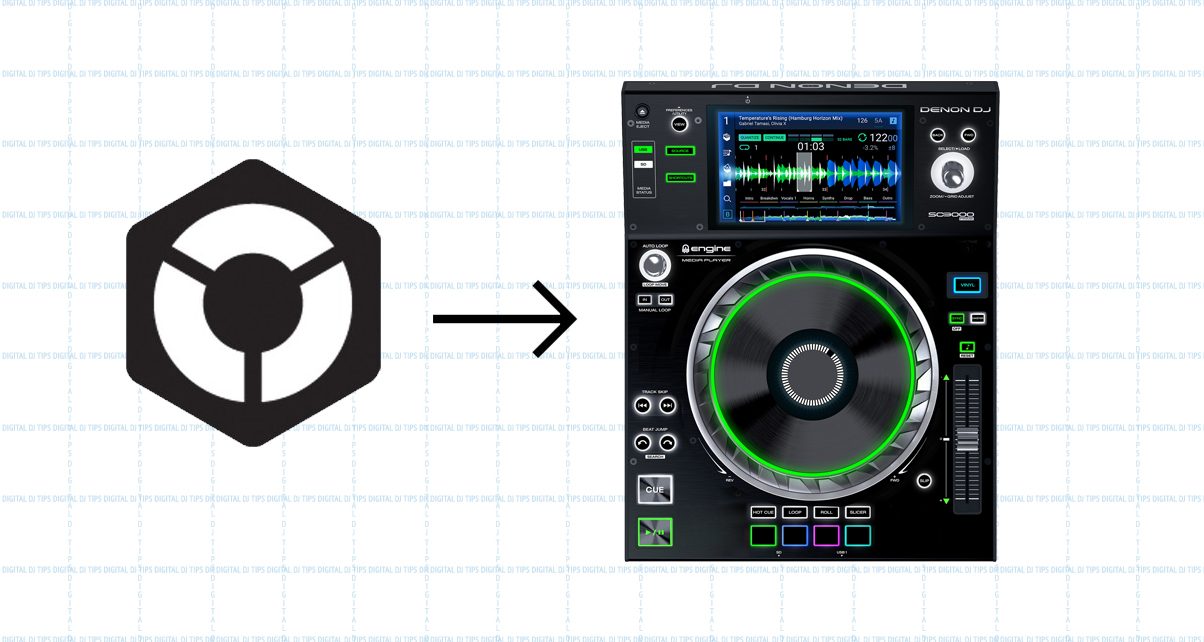 If Denon DJ puts out an SC3000 that still uses the same operating system and processing as the SC5000, that could mean that it’d be able to read Rekordbox USB sticks. Currently, your Rekordbox-compatible “home DJing” options are limited to the XDJ-1000MK2, XDJ-700, and XDJ-RX2. There isn’t anything beyond these that can service DJs who have serious club and touring aspirations but don’t have the budget for professional club gear.

An SC3000 could be a fourth option, and if Denon DJ prices it as we’ve speculated above, it could be a killer media player for home studios that would smoke Pioneer DJ’s offerings both in price and in performance. Having an SC3000 capable of reading Rekordbox USBs at home would mean that you’d theoretically be practising on “better” gear compared to the entry level XDJ-700 or the ageing CDJ-350. Plus, you’d still be able to spin with the same thumb drives when you’re at the club.

If Denon DJ plays its cards right and comes out with a bedroom media player that has the essentials of the SC5000 Prime while keeping it at a price point that’s within reach of most DJs, an SC3000 may just be a killer home studio player that could potentially dominate the “bedroom to main room” space.

Let’s not forget Denon DJ’s “#changeyourrider” campaign, which saw high-profile DJs like Tiesto and Laidback Luke make the switch from Pioneer DJ’s CDJ-2000NXS2 players. If Denon DJ’s goal is to have the majority of DJs (ie folk like you and me) make the jump, it’ll have to give an entry-level option that would serve as an introduction into the Denon DJ way of doing things. After all, most DJs would be a little apprehensive spinning on an entirely new hardware environment without having at least a few hours of practice time under their belts, and an SC3000 would be a good way to do that.

We think a key strategy to DJ booth domination for Denon DJ would be to have a two-pronged attack: developing awesome hardware for DJing at the club (done) and paring that down to a more cost-effective option for DJing and practising at home, which is where the SC3000 would come in.