Serato Flip is a Serato DJ Pro plugin that was released quite a while ago now, but we don’t think gets enough love. It allows DJs to record and save the triggering of cue points, to come up with creative versions of tracks in their library without the need for another software.

With more DJs wanting to create their own edits and Serato even releasing its own production software to help DJs with this, Serato Flip does indeed seem to get forgotten by many, which is a shame as Serato Flip comes bundled for free with some hardware, is inexpensive to add to Serato anyway, and it just might be the fastest way to come up with a variety of common DJ edits.

So before we dive into creating two different types of DJ edits using Serato Flip, let’s go over exactly what Serato Flip is. Serato Flip is a paid Expansion for Serato DJ Pro that allows you to record the triggering of cue points, and also the forward or reverse playing of a track. It’s as simple as opening the Serato Flip panel inside Serato DJ Pro, then using either your keyboard, DJ controller, or mixer, recording the cue points you trigger.

Once you’ve finished triggering the cue points, you just hit stop and your performance is saved as what Serato calls a “Flip”, hence the name. What makes Flip different than using other software to create a DJ edit is that it does not create a separate file for the edit – all of that information is saved with the file. This means you could create multiple “Flips” of one song and be able to access all of them, including the original version, all from the same file in Serato DJ Pro.

Get the course: Serato Made Easy

Flips also come in two flavours. By default the cue points you triggered will be set as a loop. This can be disabled by hitting the loop on/off button which is located next to the save button in the Flip panel. Once loop has been disabled the Flip will play like a normal song instead just a loop.

So with some well thought-out cue point placements and some good timing (althgouh Quantize can help with that), it’s possible to create your own DJ edits really easily using Serato Flip. So now let’s dive into two types of DJ edits that can easily be created using Serato Flip, and how to do them:

The easiest custom DJ edit to create using Serato Flip is the short edit. This edit shortens down a song to what you may consider to be the best parts, and sometimes puts them in a different order.

First, you’ll need to decide which part or parts of the song you’d like to cut out. Assuming you use Cue 1 to mark the start of your song habitually, you’d possibly use cue point 2 tomakr the start of this section (as a reminder to you as to where it is). Next, you’ll want to set the next cue point (say, Cue 3) to where you’d like the song to jump to after the section you are removing. Once that preparation work is done, you can move on to recording the edit in Serato Flip. Note these numberings are arbitrary; use any cue buttons you like.

Start by showing the Serato Flip panel and hitting the record button to record enable the deck. With record enabled, Serato Flip will start recording once you either hit play on the deck or trigger a cue point.

Read this next: Getting Started With Serato Studio – Free Tips & Tutorials

One trick that I like to use is to enable Quantize within Serato DJ Pro to make sure that all of the cue point triggering is on time. So before we record, we’ll go into Serato DJ Pro’s options, then to the DJ Preferences tab and adjust the Quantize value. I tend to use either 1/2 beat or 1 beat as those two settings seem to work for the majority of cue point triggering that I do when recording a Flip. Play around with the settings and find what works for you best before you start recording.

So once you are ready, hit play on the deck from Cue 1, which we set to the beginning of the song to begin recording. When the song gets to Cue 2 (your marker) hit Cue 3 to skip the section of the song you are looking to cut out and jump to the part of the song you’d like to keep. Of course, if there are other areas you want to cut out, you’d do the same later on in the song too.

Once the song has jumped to the section you would like to keep you can hit record in the Flip panel again to stop the recording, hit Save, and your Flip edit is now saved and ready to be used.

An extended intro edit is a useful tool that I find myself using very often. It makes beatmixing songs much easier compared to songs without an intro, because it gives you beats at the start of the song to mix in with. Creating an extended intro edit using Serato Flip can be accomplished in just a few steps.

First, you’ll want to find a section of the song, usually one to four bars in length, that can be looped for a total of eight or 16 bars, depending on the genre of the song. For most dance genres you’ll want a 16-bar extended intro, for genres like hip-hop and rock the extended intro is usually eight bars long.

The section you’ll want to find shouldn’t have many vocals and shouldn’t be too high energy – this is just the intro after all. Once you’ve found such a section of the track, loop it to test it sounds OK, then mark it with a cue point (say, Cue 1).

Next, we’ll need to find where either the vocals of the track start (for genres like hip hop and rock) or where the first build-up happens (for dance genres). Mark this with Cue 2 and then we will be ready to record our Flip.

Begin by hitting record on the Serato Flip panel to record enable the deck. Then play the song from the section we are going to loop to create the extended intro that we saved to cue point one. Use cue point one to repeat the section to either make eight or 16 bars of intro, again depending on the genre.

After you have repeated this section to create the proper length of extended intro, hit cue point two to begin playing the rest of the song. Once the song is playing from this point hit record in the Flip panel again to stop the recording, hit Save, and now your extended intro edit is saved and ready to be used.

One thing about using Serato Flip to create your own edits is that it does not create a separate file of the edit you’ve created, it just saves the cue point information. Now, this can be seen as positive because it doesn’t take up any additional hard drive space to have multiple versions of the same song. It also means that you cannot share the edits you’ve created with other DJs if they do not use Serato DJ Pro and have not purchased the Serato Flip plugin.

Get the course: Serato Made Easy

But there is a pretty simple way to get around this. Once you’ve created your DJ edit using Serato Flip, open up the record panel in Serato DJ Pro. Make sure that the pitch on the deck the song is loaded to is set to zero. Hit record in the record panel, and play your Flip edit from beginning to end, then hit Stop and Save. This will give you either an AIFF or WAV file which you can then bring into a DJ software or share with your friends. AIFF or WAV files can be a bit large so I like to take the extra step and convert the file to MP3, as the smaller file size makes the Flip edit easier to share with others.

While it may be an overlooked feature to many Serato DJs, if you are looking to create your own custom DJ edits Flip is easy to understand, especially if you are coming from a strictly DJ background, as compared to other production softwsre you may use to make edits.

It literally takes just a few minutes to set up the proper cue points, a few minutes to record the flip, and then it’s ready to be used. Plus by using the nice little workaround, sharing your Flip edits is just as simple.

So if you’ve been wanting to create your own custom DJ edits without having to learn any new software and already use Serato DJ Pro, Serato Flip might just be exactly what you’ve been looking for. 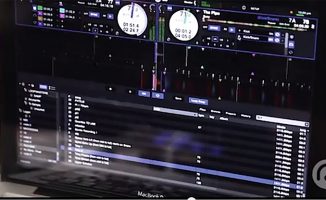