This was the topic of one of our Tuesday Tips Live shows – watch the show again here:

A “live” mixer is just another name for a mixer of the type that is usually used to mix live bands – an example would be the mixer you see half-way back in a concert hall, making everything on stage sound great.

But I’m not saying go and buy a 24-channel monster mixer. For DJs, a small version – maybe, one with six channels of inputs (two microphones and two stereo inputs) is more apt. And it’s almost a must-have, certainly once you start playing out at parties, bars, BBQs etc.

In this article I’ll explain why.

How do you use a live mixer?

Now let’s look at why…

7 Reasons To Use A Live Mixer

Do I really need one?

Now it’s true that if you have an expensive DJ controller or system, you can do some of the above anyway. Or, if you own a DJ mixer, it can also do some of this. Yet I’ve carried a live mixer in my DJ bag for 25 years, and I seriously would not be without it.

My current one (a Peavey PV 6BT, digital with Bluetooth too) cost £140 a few years back and it has honestly been a Swiss Army knife for me, being used for all sorts, from charity events to mixing multiple sources for our Digital DJ Tips livestreams.

One of the big five areas of DJing we teach (alongside music, techniques, playing out and promoting yourself) is “gear”. DJs are geeks. We’re problem solvers. We get the music playing when everyone else are scratching their heads.

And your friend and ally in all of this is a good live mixer.

You can get them upwards of $50, and there are many choices under $100. Look for names like Yamaha, Behringer, Mackie, Peavey – there are countless more. Digital is best, and make sure you have at least two stereo line inputs and two mic inputs, with EQ on at least half of the channels. Effects (echo, reverb) can be good if you’re working with vocalists.

That’s it. You can’t really go wrong. Buy one and I guarantee you’ll never sell it – except to buy another one!

What Makes A DJ Mixer Different From A Normal Mixer? 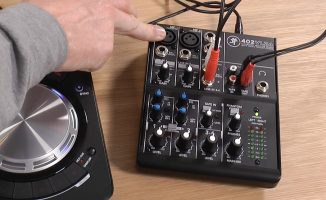 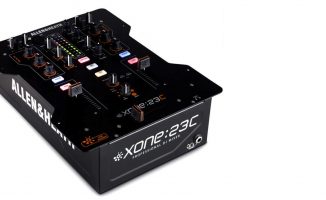