Scroll through the three slides above.

What a DJ moment! Minutes after winning a huge football game, one of those games that transcends the sport and becomes all about national pride (not to mention releasing 18 months of COVID-19 pent-up frustration and hardship), the DJ at London’s Wembley Stadium had a choice to make.

England has just beaten old foes Germany 2-0 to knock them out of the Euro football tournament, their home stadium was going bonkers, and the DJ had just played the obvious England soccer anthem, “Three Lions”. But now he faced that perennial of DJ choices: What to play next?

Let them have it…

With the match director telling him, “Let them have it,” he chose a record that had nothing to do with football, but everything to do with getting the whole nation, in the stadium and tuned in on millions of TV and radio sets, singing as one. A moment few will forget for a lifetime. He made the right choice, and look at the results…

Remember: DJing doesn’t always happen in clubs. And DJing has the power to change people. And wherever you do it, whoever you’re playing to, you are capable of creating those “moments” too.

Well done on your choice, DJ Tony Perry. We are all sharing in how good that felt!

Learn to make moments like these: The Complete DJ Course 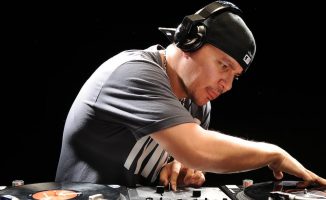 Mix Master Mike Interview: "You Got To Grab The Mic & Rough Them Up"

6 Ways To Survive When DJing In Sports Bars 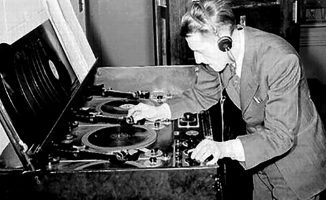 How Do You Think Digital Has Changed DJing?