New to DJing? Avoid these errors if you want to be taken seriously. They’re all things that you’ll never see pros doing – but that you may accidentally find yourself doing when you’re fresh to this game. Learn the better way, and move on – you’ll find people taking you far more seriously when you do.

There’s no excuse for it. The art of warming up a crowd is one that other DJs, promoters, managers and punters all appreciate, and the best way to get that coveted headlining slot is to play good warm-ups.

Learn to DJ any type of gig: The Complete DJ Course

Beginners usually realise this sooner rather than later, so if you hear someone doing this, it’s a sure sign they’re new to the game.

Whatever the reason, using filter, flangers, phasers, echo or other effects excessively is as good as having a sticker with “beginner” written on it stuck to your head. Use these things sparingly, and know why you’re using them at all times.

One of the big no-nos when transitioning between tracks is playing vocals together – having a vocal part of one track playing over the vocal part of another. This practically never works, because people need to use their brains to “follow” what a vocalist is singing, and simply can’t follow two vocals at once.

If you do it right (especially if you’re mixing in key) you can “overlap” pretty much anything else in your music – but never vocals. All pros know this.

4. Boast about having a huge music collection

Nowadays it’s easy to rip terabytes of music if you really want, legally or – more usually – illegally. But it’s a pointless, silly exercise. Unless you know the tracks well, and understand how to mix between them, you may as well not have them.

Our tutor Laidback Luke has been DJing for 25 years. He has just a few thousand tracks. That’s a true pro. Less is more when it comes to music – the art is in having the right music, not in having more music than anyone else. Pro DJs build their collections s-l-o-w-l-y.

5. DJ with the levels in the red

When you DJ “in the red”, modern DJ gear usually prevents you damaging anything (equipment or ears) by applying a digital “limiter” to your output, that curbs the highest volume sections of what you’re playing. This makes your music sound terrible.

But because the gear prevents actual distortion, beginner (and even some pro) DJs think it’s OK – but it isn’t. It fatigues your audiences’ ears, and makes you sound and look like a beginner every time. So don’t do it – if your levels are in the red, turn down.

Read this next: How To Set Your Volume Levels Like a Pro When DJing

6. Stick to a pre-determined playlist

Nerves, the need to practise every single transition, being scared to choose music based on what’s going on in front of you… all of these are reasons why some DJs will pre-plan a playlist and stick rigidly to it.

But if you think about it, in that case you could have made a recording and got the venue to play that instead. DJing is about the interplay between crowd and DJ, about picking the right track for those in front of you right now, again and again. Pro DJs always have an idea of what they want to play, but never stick to a pre-determined list.

Nowadays, you can get versions of songs that are designed for DJs. You can also get fun and exciting mashups, bootlegs, remixes, and re-edits that add something new to the versions of the music the audience knows. In a word, they sound “pre-mixed”.

Beginner DJs, having discovered the availability of these versions, occasionally treat them as “get out of jail” cards, playing them one after the other with no mixing at all, hoping that the crowd will think they’re doing lots of clever stuff.

But do this, and you’ll get found out in the end – and pro DJs will spot what you’re doing immediately. These DJ versions of songs are great, but they’re not designed as a replacement for proper programming and mixing.

Furthermore, many new DJs figure out how to beatmix… then do the same beatmix for every single transition.

Result of these two crimes? Boring DJ sets, full of similar-sounding tunes mixed together in the same way, over and over again.

Much better to get the music right, and move cleanly and simply from track to track. You’ll get more bookings because you’ll make dancefloors happier – and there’s plenty of time to add flashy mixing to what you do later.

It’s so easy to find some sketchy YouTube ripper online and set it going. All the new music you could want – free! Only, the quality of YouTube rips tends to be, well, let’s be charitable and say “variable”.

Read this next: 4 Ways To Build A Great DJ Music Collection Cheaply

YouTube is an amateur DJ’s paradise, but a pro DJ’s no-no. You want very high quality versions of every song you play, or as soon as you get on a decent sound system, they are going to show you up. Crowds may not notice it straight away – but other DJs will, and everyone will in the end.

We get it – DJing is fun. Many new DJs would happily “pay to play”. But it’s a rocky road to go down.

If you’ve done your preparation right, you deserve to be paid for every gig, no matter what your experience. Yeah, of course you have to be realistic – but asking for even a dollar is the first step on the right road.

So don’t play for free. The definition of a “pro” is someone who doesn’t.

It’s easier than ever to DJ nowadays, which is a great thing. But it’s as hard as it’s ever been to get really good at it. If you’re interested in how to DJ properly, take a look at our Complete DJ Course.

Covering the five big areas of Gear, Music, Techniques, Playing Out and Promoting Yourself, this course is based on our best-selling Rock The Dancefloor! book and audiobook, and will help you avoid making all of the mistakes above, and many more. 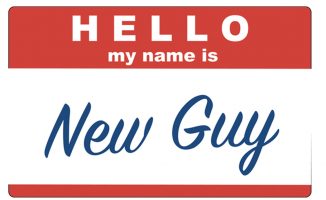