Dance music can fool us into thinking it all has to be “now, now, now”, it all has to be immediate. The biggest drop. The sickest bassline. The most catchy chorus. That feeling on a dancefloor when a riff kicks in or a vocal drops and you think “I have to have this tune!” – we all know it. It’s about as immediate as it comes, and it’s mighty seductive. Maybe more than any other genre of music, dance – where the dancefloor votes with its feet, and where attention spans among audiences are notoriously short (and, so the received wisdom goes, getting shorter) – involves the DJ constantly searching for those huge tunes that work first time, every time. Right?

Not actually, no. And in this article, I’m going to show you why, when you hear a DJ whose every tune seems to be just right for the moment – who seems to be playing loads of stuff you haven’t heard before but that just works, and who has the dancefloor in the palm of his hands – it pays you to realise that one thing he hasn’t done is plough through hundreds of tunes in his buying sessions and just “picked out the bangers”. In fact, what he or she has actually done is go through a careful process of filtering, and along the way, consciously asked questions about each of those tunes. And that takes a few listens to do!

Now, another couple of truths are that no two DJs do this in exactly the same way (indeed, many don’t even overtly realise they’re doing it), and that is is beyond the scope of an article like this to go into it in advanced details (we have hours of videos on this very topic in our Digital DJ Masterclass, for instance). But what I can do is explain one simple, easy way you can improve the quality of the tunes you’re adding to your collection and so the quality of your DJ sets, starting right now – and all it costs you is a slight change of approach.

Once, twice, three times an anthem

This is the big “secret”: When you’re auditioning music, listen to each and every tune more than once.

It’s easy to say, but you’d be surprised how many people don’t do it. Want to know the absolute opposite to this? Listening to 40-second snippets in a download store and lazily saying “no, no, no, no, YES, no, no, no…” and calling that music shopping. It isn’t, and it won’t get you playing good DJ sets. In this time when all music is available to everyone (more or less), one of the huge things you can improve is the way you decide what from all of that music is going to go in your digital crates. And just getting to listen to each tune you think you may like, all the way through, more than one, is a massive step towards doing that.

You see, anyone who’s ever got into “albums” (remember them?) or mixtapes (you do listen to mixtapes, don’t you?) will know that they reward repeated listening. Stuff jumps out that didn’t first time around. That “banger” you loved instantly actually annoys you second time around. And you realise the artist or DJ has put certain tunes in certain places because they work there, between other tunes that show them off properly. None of this is apparent on the first listen to anything.

Throw in the fact that even DJs get distracted when listening to music (it’s well documented that when we’re really concentrating hard on something else, we can actually stop hearing anything at all that’s going on around us…), and it’s just common sense to make sure you listen to music more than once, especially if you’re considering buying it and playing it to other people. The stakes are that much higher for DJs, after all.

DJs are more than a sum of the tunes they play

Once you appreciate through repeated listening what it is about a tune you like, and how it sounds good in a certain place on an album or a mixtape, or why – despite something about the tune you don’t like – you still can’t get a really good bit out of your head, you have a much better idea about how you might use that tune in your DJ sets. You see, in a way, DJing is about honing in on the elements of tunes that really appeal to you and using all the powers at your fingertips (programming, mixing, re-editing, and so on) to show your audiences that good stuff without them having to have two or three listens themselves to realise it! DJ sets with immediate appeal can (and should) be constructed from building blocks that work together because the DJ has put a lot of thought into it, not necessarily because all of those building blocks in themselves are “floorfillers”.

That’s why the DJ playing a set full of tunes you didn’t know rocked the dancefloor so well. That’s why rather than playing anthem after anthem, some DJs can take you on twists and turns, dropping down to just a bassline and a kick drum and getting the whole crowd roaring along. And that’s why exactly the same tune played at different times of the night, to different crowds, or surrounded by different other tunes, can sometimes work brilliantly and sometimes fail. When you’re just learning, this stuff can be a mystery to you, but as you get more experience and start to think of your music in this way, the darkness lifts. And all of this through just paying a lot of respect to your shortlist before dropping the cash.

Three practical things you can do today

Once you start weaving some way of repeatedly listening to tunes before buying them into your workflow, you’ll soon see improvements to your DJing and to your appreciation of music in general. You’ll be more careful in choosing stuff to listen to in the first place, and your collection will become a more “sacred” place, as this technique inevitably means you end up adding fewer tunes to it.

You’ll start to understand the selection skills of “quick mix” DJs who highlight only the parts of tracks they are interested in for their mixes. You’ll start to see each tune as DJ tool rather than as everyone else sees it – as just another tune. This means you’ll be more confident about doing things like looping the bits of tunes you like (maybe on the third deck), and skipping the bits you don’t like in your DJing. You may start to want to make your own re-edits of tunes, in order to change things about them you don’t like.

Next time you see a DJ apparently rocking a floor with a well-timed set of tunes that seem to just work for the moment, one thing I can tell you for sure is that the edits they’re using, the tunes they’ve chosen, and the order they’re in are not accidental. This is how DJs can stand out in a day and age where everyone’s got the same music at their fingertips. And it all starts with simply listening properly before buying.

Do you have a set of rules or a process you follow before buying tunes? Do you buy tunes with only parts you like, in order to re-edit or mash them up later? Or are you a “40 second preview then hit cart” kind of person? Please share your thoughts in the comments. 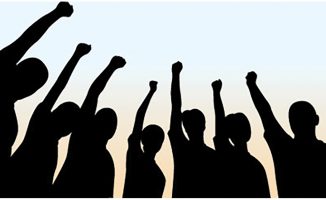 Why Crossover Tunes Are A Smart DJ's Secret Weapon 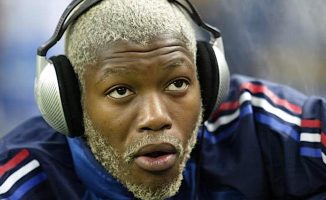 Friday Five: From Football Pitch To Dancefloor, The Power Of Music! 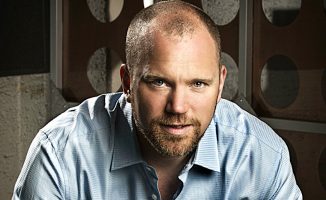