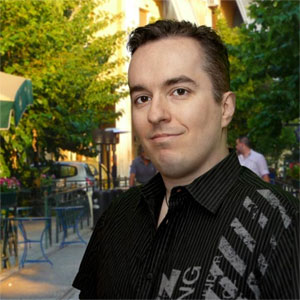 He’s been into the music and the culture since the explosion of hip-hop in America and the birth of the house music sound that put Chicago on the map. It wasn’t until the early 90s that D-Jam was able to finally get on the wheels of steel and begin his journey into electronic music.

Since that beginning, he’s played clubs and raves all over the Midwestern United States, and most recently in Europe. D-Jam has a passion for the sound and culture of yesteryear, but has been on the forefront of the revolution of digital DJing. Turntables, CDJs, Midi… he’s done it all and only holds the sound as sacred.

Some DJs call upon a list of names as influences, but D-Jam is more influenced by scenes and vibes he’s experienced. He’s known to play various flavours of house, breaks, trance and techno as he sees fit to the event.

D-Jam has settled down in life from the wild days of the club and rave scene, and plays online over several shows as well as blogging his knowledge and experience to a younger generation of DJs.

Most recent articles by D-Jam