We first saw this at the BPM Show back in September, and it’s now hit the shops. The Reloop RP-8000 is a heavyweight turntable, very much in the vein of the Technics 1210s, but with the obvious addition of a load of Midi buttons and dials. Basically think standard turntable plus Novation Dicers, all in one unit, and you’re half-way there. This one has the ability to do more than a pair of Dicers, including track library search, all with the right mappings of course – the PR material talks up the integration with Serato.

So if you’re looking to invest in a DVS system, so you can have the feel of real vinyl but enjoy the versatility of digital, then a pair of these plus, say, the Pioneer DJM-900SRT mixer would offer a streamlined, capable set-up. (By the way there’s also the RP-7000 available, which is the same minus the Midi stuff. Here’s an idea, Reloop: How about an RP-8000SRT, with built-in Serato audio interface?)

Anyway, the RP-8000s as they are are in stores now with a street price of around £1000/pair, which certainly ain’t cheap, but then again Technics never were. Just the thing for taking our Scratching For Controller DJs training to the next level, maybe? 😉

• For more info on the turntables, head over to the Reloop website.

Do you use digital vinyl with standard turntables and Midi gear like Dicers? do you think these offer a good alternative? Please share your thoughts in the comments. 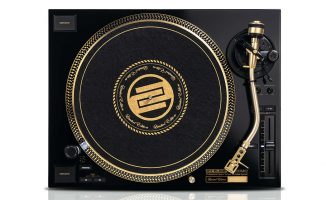 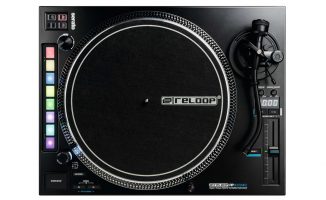