The Pioneer DJ HDJ-X10s are a great pair of DJ headphones, perhaps even one of the nicest that Pioneer DJ has put out. The plasticky build could turn off some who prefer a more luxe feel, even though the HDJ-X10 is fairly solid and built to withstand the rigours of the road. The Hi-Res capability is clever marketing (indeed, it’s the first DJ headphones to be Hi-Res certified, not that jocks the world over were clamouring for this) and may satisfy those who simply must have the best playback resolution possible in a pair of DJ headphones. For the rest of us though, it’s non-essential. Having said that, these headphones sound great whether you’re DJing with standard or high-resolution files, though the slightly exaggerated sound stage takes a bit of getting used to. It gets top marks for comfort and noise isolation. Overall the HDJ-X10s come highly recommended.

Pioneer DJ recently debuted three new DJ headphones: the HDJ-X5, HDJ-X7, and HDJ-X10. Dubbed the “HDJ-X” series, these cans replaced the company’s current line of HDJ-2000MK2 / 1500 / 1000 line. The headphones feature a new design, and the HDJ-X10 in particular has Pioneer DJ’s new nano-coated sweat-resistant ear pads for comfort during extended use. It also has Pioneer DJ’s HD speaker drivers, making the HDJ-X10 the first “Hi-Res” DJ headphone that the company has produced (its HRM-7 studio headphones released over a year ago also has HD speaker drivers onboard, though they aren’t meant for gig use).

The HDJ-X10 ships in a headphone locker that includes a carrying case, a straight cable, a coiled cable, a 1/8” to 1/4” adapter, and of course the HDJ-X10 headphones themselves. 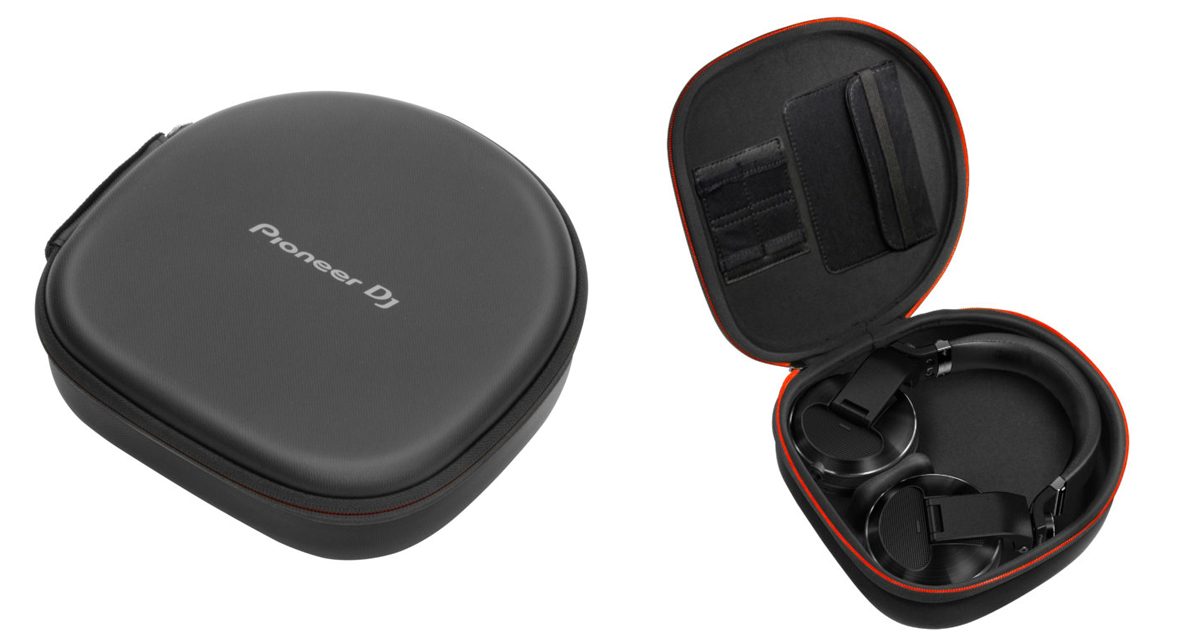 The new carrying case is flatter, which makes it slip into DJ bags easier (the HDJ-2000MK2 had a bulky clamshell case that reminded me of the UFOs in the TV series “V”), though I found it to be a less rigid than I would’ve liked. Inside the case are four slots for SD cards and a pouch for thumb drives on one side, and a compartment for the HDJ-X10 headphones in the other. No doubt Pioneer DJ has aimed these headphones straight at club DJs who spin with CDJ media players – if that’s you, then this bag will be the only thing you need.

The HDJ-X10 themselves feel light – it’s made predominantly of plastic. The headband and ear cup design are an evolution of the HDJ-2000MK2, and it looks a bit bulkier. The ear cups are connected to the headband via a hinge and a large circular screw. For lack of a better descriptor, it looks very “Gundam / Robotech / Macross” (or robotic as perceived through a Japanese lense).

The earcups have a rubber ring around them for an easier grip, and the lower half of the cups also have the same rubber grip. These are so the headphones don’t slip when you’re monitoring with one cup on your shoulder, which I think is a nice touch. I do prefer the sleek, simplified look of the HDJ-2000MK2, though. 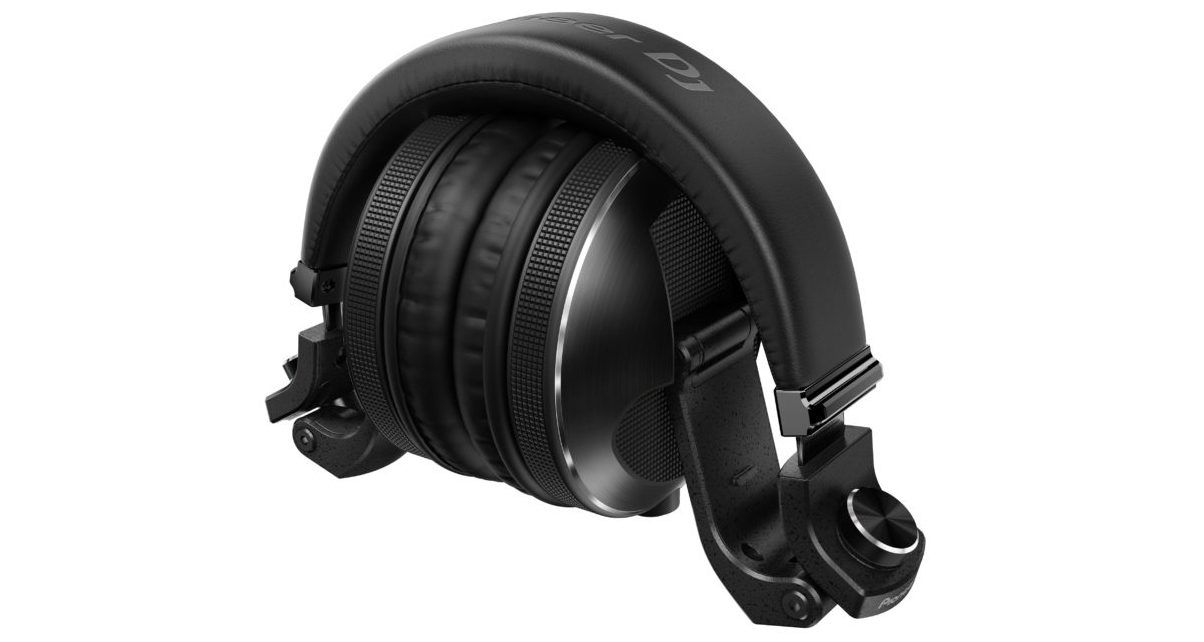 The cables connect to the bottom of the left earcup, and they use a new four-pin connector which Pioneer DJ claims contributes to the greater clarity and sound quality of the HDJ-X10 compared to its predecessors and other models in the HDJ-X line.

I plugged a coiled cable in, plugged them into my DJM-900NXS2 and got to work.

The Pioneer DJ HDJ-X10s are bulkier than the HDJ-2000MK2, but they’re just as light. They’re more comfortable for extended periods of use: I had no problem DJing with them at my last four-hour set, and I also didn’t mind wearing them for hours at a time when I was travelling across Europe last month. These are the most comfortable over-ear DJ headphones I’ve used, and I’ve used many through the decades. The headband tension is just right, meaning it doesn’t feel like I’m in an aurally induced headlock, and the cushy ear pads don’t press on my ears too hard. I wear tunnel earrings, and even then these feel comfortable. 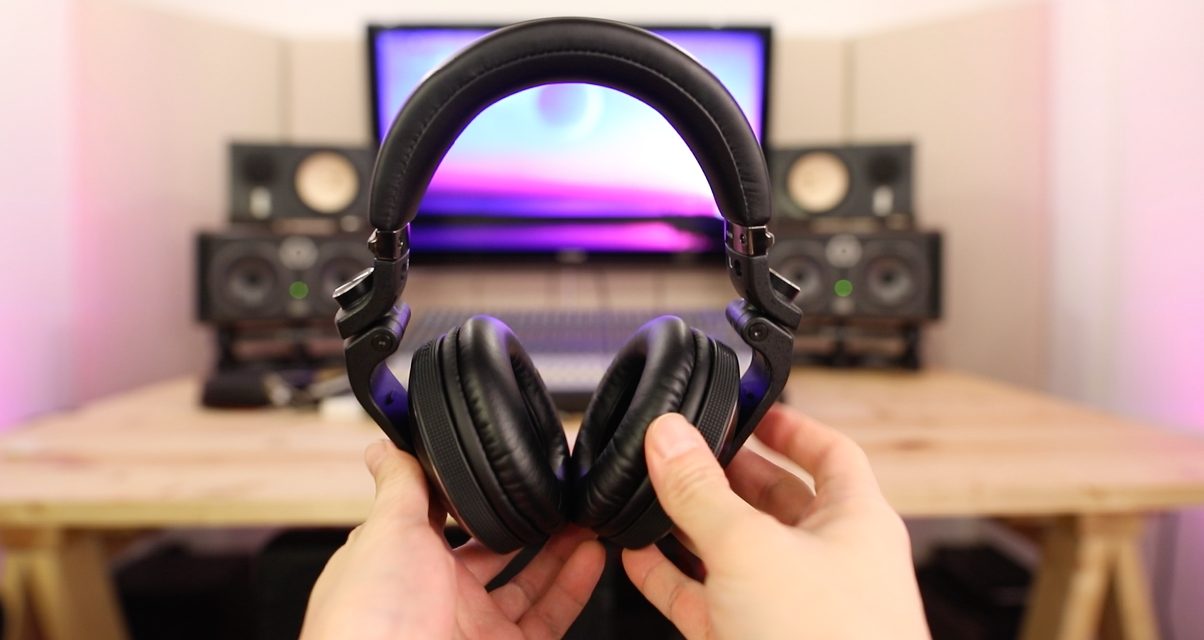 I’ve torture-tested them extensively for an entire month, subjecting them to both rough / heavy-handed DJ use (ie how I normally handle headphones) and casual use (equally rough, actually). I’ve thrown them around the booth, stashed them in my backpack with haste, and even sat on them accidentally in the train – no problem. I’ve used them in sweaty situations (as hot as a humid, packed 100-person bar in Manila can be), in near-zero temperatures (Berlin close to winter) and even while it was raining (basically London daily). The headphones performed as they should, and didn’t show any sign of wear.

Headbands are typically where DJ headphones break, and the Pioneer DJ HDJ-X10 has a flexible and resilient headband that won’t snap in two, even if you twist it around or wring it like a sweaty DJ’s towel. It just won’t break! That’s great news, especially for heavy-handed DJs like me who have already broken headphones this way (went through two pairs of Beats headphones at gigs, if you wanted to know).

I was initially not a fan of the predominantly plastic build, thinking they made the headphones feel cheap and flimsy. After a month of stress-testing, I was proven wrong – these things are quite sturdy, at least as far as DJ headphones go, and the light weight makes the headphones bearable even for marathon sets. 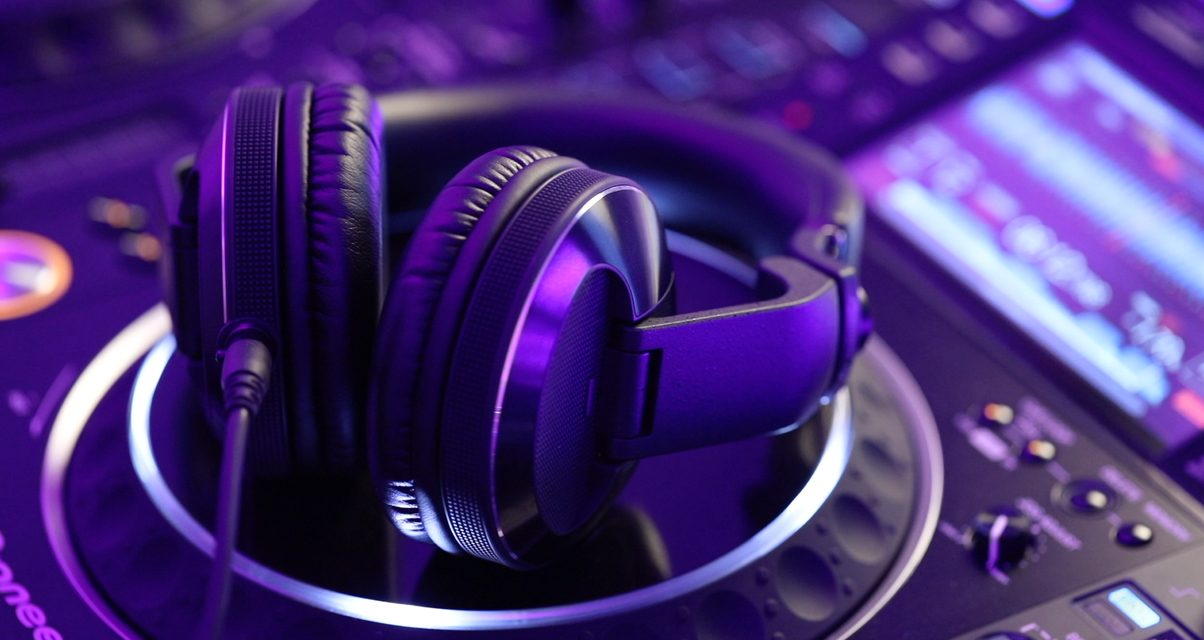 I loved the sound of my HDJ-2000MK2s. I loved them so much that I didn’t use any other pair of cans for DJing since getting them – for me, they had the right balance of low end “oomph”, clear mids, and airy highs.

The HDJ-X10 sounds similar overall to the HDJ-2000MK2, with two exceptions: First, the bass response of the HDJ-X10 is more pronounced. DJs who were critical of the HDJ-2000MK2’s lack of thump compared to other DJ headphones will find the HDJ-X10 more to their liking: kick drums and basslines are shifted to the fore, making it easier to single out beats while mixing.

The mids and highs are quite similar between the HDJ-X10 and HDJ-2000MK2, and if there are differneces then they are subtle enough for you not to her a marked difference when auditioning the two headphones.

Second, the biggest change in the HDJ-X10, which is quite obvious even for users of other DJ headphones, is the ultra-wide soundstage. The left channel sounds like it was pushed way out left, and ditto for the right channel. I would go so far as to say that the stereo field sounds exagerrated, with the impression that you’re “inside” a piece of music as opposed to listening to it “in front” of you. This is not necessarily a bad thing, nor is it a good thing, but this is the signature characteristic of the HDJ-X10, and something that you will either love or hate. I didn’t like it at first, but it grew on me the longer I used it – humans are great at adapting, for better or worse.

Overall, the HDJ-X10 sounds “hyped” thanks to the bump in the lows and the wider soundstage.

The Pioneer DJ HDJ-X10 excels at blocking ambient noise. The combination of the ear pads plus the build of the ear cups create a tight seal around your ear that shuts you off to most of the outside world, whether that outside world consists of drunk punters requesting for a rewind or your airplane seat mate snoring like a gattling gun.

The comfortable fit and noise isolation would even make this a good choice as a pair of headphones to use in an office where you don’t want anyone bothering you while you work.

Pioneer DJ claims that the HDJ-X10s are the first DJ headphones to be able to play back Hi-Res audio files in their full, uncompressed glory. Of course, you’d need a playback device capable of outputting that audio and feeding it to the HDJ-X10s (Pioneer DJ naturally recommends the CDJ-2000NXS2 running to the DJM-900NXS2, which is equipped with a 32-bit / 96kHz digital-to-analogue converter).

I tried it with the CDJ-2000NXS2 / DJM-900NXS2 set-up I had in my studio and, lo and behold, I couldn’t tell the difference – I don’t have “golden ears” or amazing aural sensitivities that can go beyond the threshold of human hearing, but I could not find a significant difference between dance music WAV files and hi-res FLAC files.

Sure, I could pick out some slight muddying in the highs and a tiny lack of detail in the lows when listening to an MP3 compared to a FLAC file, but I don’t think a 3am crowd of inebriated / munted clubbers would be able to tell the difference. I went as far as listening to the HDJ-X10 with a Dragonfly Red DAC (a well-loved audiophile digital-to-analogue converter), and my tests were similar: I could hear subtle differences when listening intently to MP3s or Spotify streams compared to a FLAC file. Those differences probably won’t be picked up by your dancefloor though, unless you’re spinning for a crowd of audiophiles.

However, just because they can’t doesn’t mean you shouldn’t – and therein lies the rub as far as Hi-Res audio in DJing goes: if you feel like you owe it to your crowd to enjoy your music at the highest fidelity possible, then go for it, but make sure that the sound system you’re playing on can squeeze out every bit of Hi-Res goodness that your music has (Ministry Of Sound’s The Box is a fine example of one such system).

Overall, the HDJ-X10s are a great pair of DJ headphones, perhaps even one of the nicest that Pioneer DJ has put out. The plasticky build will turn off some who prefer a more luxe feel, even though the HDJ-X10 is fairly solid and built to withstand the rigours of the road. The Hi-Res capability is clever marketing (indeed, it’s the first DJ headphones to be Hi-Res certified, not that jocks the world over were clamouring for this), and may satisfy those who simply must have the best playback resolution possible in a pair of DJ headphones. For the rest of us, it’s non-essential.

If this all sounds underwhelming for a headphone that was released with much fanfare, don’t worry because it gets better from here. The sound quality of the HDJ-X10 will attract those who are looking for an extended bass response from their headphones while still producing a measured balance among the mids and highs – this is something that the HDJ-X10s do well, both at low volumes and at earsplitting levels (I’ve yet to hear them “crack”, though I monitor at fairly moderate levels these days).

Futhermore, the noise isolation on the HDJ-X10 is second to none. Quite possibly the best noise isolation I’ve experienced in a pair of DJ headphones in recent years – nagging husband / noisy spouse? These are more worth it than a pair of Bose Quiet Comforts – you can’t DJ with those!

I love the slimmer form factor of the HDJ-2000MK2, but I have grown to love the sound, comfort and other benefits of the HDJ-X10s, so I’ve now switched up to them. Maybe I’ll change my mind a few months later and switch back to the HDJ-2000MK2 when I travel, who knows? Decisions, decisions… whatever happens, I’m still saving up for a Sennheiser HD 800S – now that’s going to be a fun DJ/producer review!