Pioneer DJ just unveiled its latest CDJ-2000NXS2 flagship media player and DJM-900NXS2 mixer. A refinement rather than reinvention of the original NXS models, the fresh units improve on their current feature sets by adding in tweaks like updated sound cards, as well as a couple of new bells and whistles. Here’s a rundown… 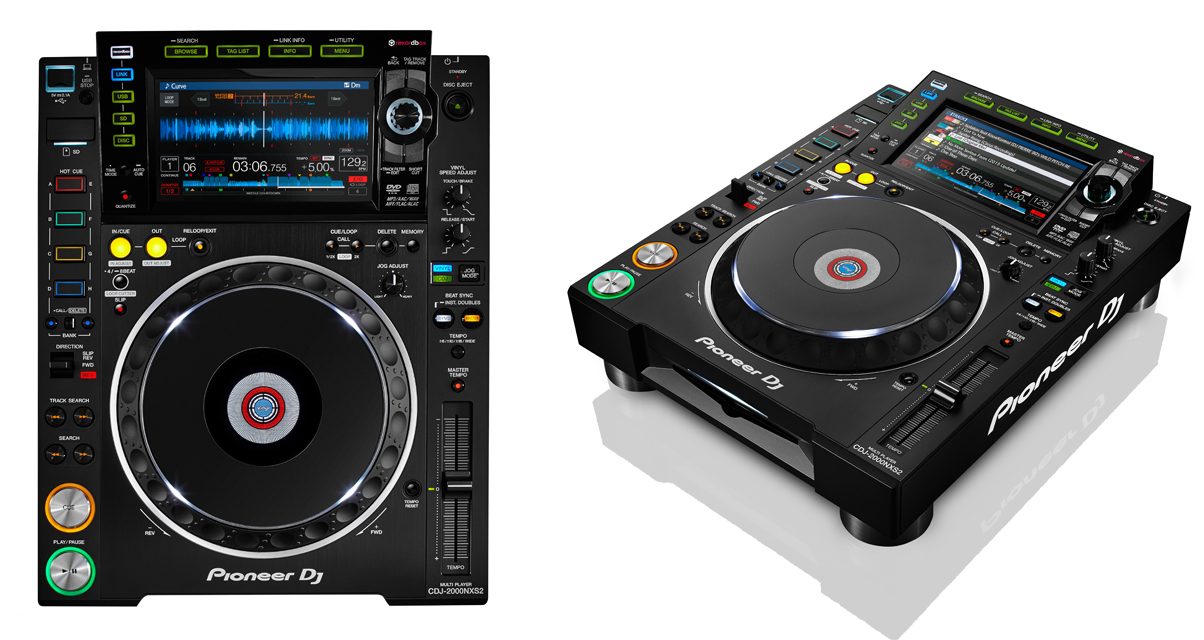 The CDJ-2000NXS2 now has a hi-res 7″ touch screen and a callable Qwerty keyboard for quick search and filtering of your music library. It also can also display multi-coloured waveforms (instead of just “Pioneer blue”), and access to more Rekordbox DJ features and information, including an upcoming Rekordbox DJ HID control add-on for even tighter integration. It’s also now got four hot cue buttons with the ability to switch between two banks for a total of eight hot cues, and you can assign colours to them for easy identification in a dim booth. You can also hook up the Pioneer DJ DDJ-SP1 controller to add even more cue point control.

Under the hood, the CDJ-2000NXS2 has a high resolution 96kHz/24-bit sound card (CDs are 44.1kHz/16-bit) and supports lossless audio formats FLAC and Apple Lossless Audio. This means that DJ/producers can now export their files as hi-res 96/24 files instead of the usual 44.1/16 standard. 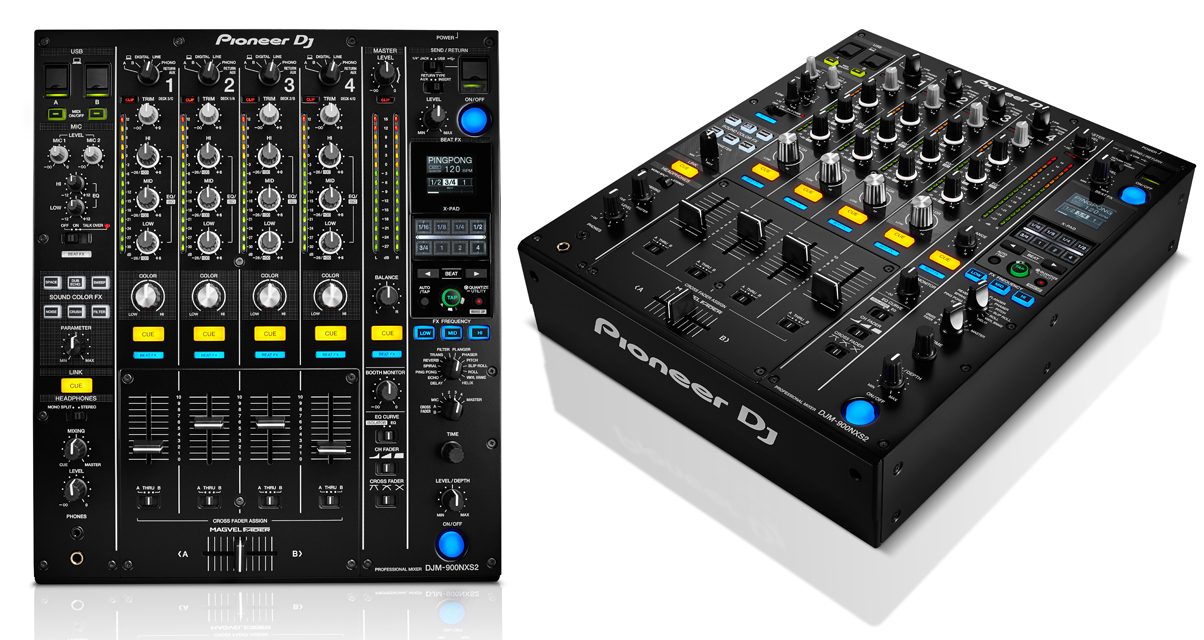 The DJM-900NXS2 adds a second USB port at the top of the unit for connecting a second laptop for quick changes, as well as an 1/8″ headphone jack (yes, you can finally leave those 1/4″ adapters at home).

The Sound Color FX now has a “Min/Max” parameter knob like the DJM2000 for even more tweaking, chunkier knobs, and a new effect called “Sweep”. There’s also a redesigned Beat FX section, which now has a sharp OLED display, a bigger touchpad, and new effects including Ping Pong delay, Vinyl Brake, and “Helix”.

You can also specify which frequencies are affected by these effects through the FX Frequency selector (eg when you want to add reverb or delay to only high frequencies without touching the low end, for instance). Plus each channel now has a blue LED that tells you which ones are being sent through the Beat FX.

On the tech side, the DJM-900NXS2 sports a 64-bit audio processor (bumped up from 32 in the DJM-900NXS), and has an independent send/return FX channel for hooking up outboard effect processors like Pioneer DJ’s own RMX-500, or even your iPad running an effects app (the RMX1000 comes to mind) and layer them on top of the mixer’s built-in Beat FX. There’s also an added peak limiter, which minimises distortion in the master output when it’s being pushed.

Some may wonder why the CDJ-2000NXS2 still has a CD slot. It all has to do with the way the CDJ-2000NXS (and the original CDJ-2000 before it) are positioned: they’re the standard for professional DJs, and a lot of touring and festival jocks still use CDs or music from their CD collection. Plus, a lot of pro and mobile DJs still have deep CD libraries that they use for functions and shows. Surely, Pioneer DJ has thought about a CD-less flagship model by now (XDJ-2000, anyone?), but we haven’t heard any news of that yet…

While there is DVS support for Rekordbox DJ, there’s no word about Traktor, Virtual DJ, or Serato DVS compatibility – this is a big deal for many DVS DJs who use either software heavily. We’ll just have to wait and see if and when support arrives on those platforms.

There are only small improvements here, nothing of the revolutionary sort – kind of like the way Apple adds an “S” to its iPhone every other year. Iterating the CDJ-2000NXS and DJM-900NXS by adding in newer features to older staples that DJs have come to know and love serve to raise the bar only slightly; however, that’s not such a bad thing considering the familiar club format of “CDJ-2000 and DJM-900” is still favoured by a lot of DJs.

We’ll be seeing these units at NAMM 2016 for sure, so stay tuned for our hands on coverage.

Watch the videos and check out the photo gallery below.

What do you think of the new gear from Pioneer DJ? What would you like to have seen added / removed to them? We’d love to hear your thoughts, add them below. 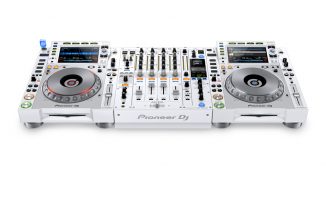 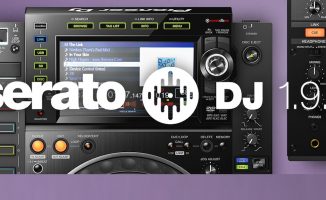