For years, if you wanted to convert your cues, loops, beatgrids and playlists between Serato, Rekordbox or Traktor, you used Rekord Buddy. Then, DJ Conversion Utility arrived and gave you a second option, that also included Virtual DJ and djay.

Rekordcloud calls itself the “Swiss Army knife” of DJing, and certainly has a wide feature set. This Windows and Mac app is all about “cleaning up and updating your library”, of which conversion between Traktor, Serato, Virtual DJ and Rekordbox (including v6) is just part: It also helps you to find duplicate, unused, broken and “lost” files (like Beatunes), can assign auto cue points (a bit like Mixed In Key), and can even remove the vocals or music from files (like Xtrax Stems).

The app costs $15 a month on a subscription, or $7.50 if paid annually, and there’s an online demo available. More from the Rekord Cloud website.

Meanwhile, MIXO (currently in beta at v0.6), majors on being your “cloud library” of music, and uses Dropbox to let you manage your library via its apps on Mac, Windows, Linux, iOS and Android. Again, its library conversion feature is in addition to this. This feature is called “MIXO Bridge” and lets you move your library between Rekordbox (up to v5 currently), Traktor, Virtual DJ and Serato.

MIXO costs $7/month on subscription, and you can find out more about it over on the MIXO website.

What about this Rekordbox 6 issue?

As an interesting aside, none of the conversion apps out there old or new except Rekordcloud works with Rekordbox 6 exporting, because your data is locked down inside Rekordbox 6 in a way it wasn’t in previous versions.

So which to try?

Most DJs end up using software in addition to their DJ software for library management. Whether it’s just sticking with a generic library app (like iTunes/Music or Media Monkey), or going for an app of the type mentioned in this piece, us DJs usually find there are things we want to do that just can’t be achieved without using other apps.

If you haven’t done that already, there’s never been a better time to give one a go! But which one?

The most interesting right now for me from the two new entrants is Rekordcloud.

Apart from the name (why choose a name so similar to Rekord Buddy, guys? It’ll be confusing for people, especially with Rekordbox software existing out there too…), this app appears to replace many of the features of apps you would have to buy separately otherwise, as mentioned above. It does so via a cloud app – hence the name.

That said, if the idea of syncing your DJ library across the REAL “cloud” – ie having it operating on many devices, while also having the conversion functions – appeals more, MIXO may be worth a bash. It’s in public beta but you can apply to try it out.

Let’s not forget the old school, either; Rekord Buddy 2 is established and trusted by a lot of DJs, and if you just want conversions and hate subscriptions, the quirky DJ Conversion Utility remains your only choice.

All fo this is great news for DJs – an unexpected but welcome shakeup in this rather geeky corner of the DJ software market!

Convert Your Rekordbox Library To Traktor With DJ Conversion Utility 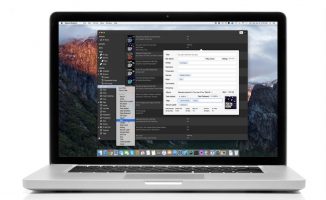 Over To You: Moving Tracks From Traktor To Rekordbox 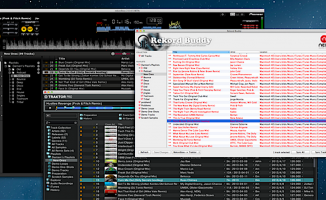 Your Questions: How Can I Switch From Traktor To Rekordbox?