With the big streaming services like Spotify and Apple Music now all adding lossless options to their offerings, the debate between whether DJs (who generally, of course, still download their music) should also still be DJing with good old MP3s or whether it is not time to move to lossless formats as well has reared its head again.

After all, if the general public now has the option of “lossless” audio, shouldn’t DJs be playing with lossless audio too? In short, is the lossy old MP3’s number up? Let’s look closer…

The difference between the formats

The MP3 is a classic “lossy” format (you can count Apple’s version, the AAC, in with this too). This type of file is called lossy because some of the audio information has been removed, to make it a lot smaller than it would otherwise be. The idea is that what’s been removed doesn’t really matter (it’s frequencies that in practise you can’t hear).

On the other hand, lossless – of which the classic format is WAV (although Apple has a version too, the AIFF) are much bigger files, and that’s because there has been no attempt to make them smaller – they are the original recording, just digitised.

Advantages and disadvantages of the formats

Lossy files are small, so they’re easier and quicker to send, receive, duplicate, transfer and so on. They can hold extra information too, such as artwork, and track metadata (WAVs can’t, but AIFFs can, for the record).

They tend to be cheaper to buy than WAVs (as they’re smaller, so they take up less server space/delivery bandwidth on online stores), and are more universal – the MP3 is still “the” music format.

More importantly, to most people, they sound indistinguishable to lossless, as long as they’re good quality (320kbps MP3s, or the Apple equivalent to that, 256kbps AACs).

On the other hand, WAVs and AIFFs offer the best sound quality possible, as they’ve not been compressed at all. While this might not matter for day-to-day use, they remain the best choice if you want to work on the audio, eg remix, re-edit, sample the audio, because you’re working with “clean” versions of the files that have had nothing done to them.

So is it time to switch?

It all comes down to sound quality. As DJs, we want to play the best sound quality we can. For me, even on the biggest sound systems, I’ve never heard any difference between MP3s and WAVs – and while I know many pro DJs who swear they can, I know equally many who are happy to say they can’t, and that they use MP3s.

If that’s you too, unless you want to work on the music in a DAW like Ableton Live (when WAV/AIFF would be preferable), I think sticking to 320kbps MP3s is fine. But if you think you can hear a difference, you have to go with lossless.

Remember too, it’s OK to have different types of files in your collection – you don’t have to have all one type or all another. Also remember that you can never “convert” lossy to lossless, only the other way around – once that info’s gone, there’s no getting it back.

Finally, if you’re really on the fence about this, you could consider the less common “hybrid” formats – FLAC and ALAC (the latter is Apple’s version). These are lossless but still compressed, by clever algorithms that preserve 100% of the audio information.

Size-wise they are between MP3s and WAVs, and offer all the benefits of WAVS with some of those of the smaller formats. Just bear in mind that if you use iTunes/Music, the app won’t recognise FLACs.

What does Apple think?

Let’s close this with the words of the head of Apple Music, Eddy Cue, which itself has a lossless option in its service.

“The reality of lossless is: if you take 100 people and you take a stereo song in lossless and you take a song that’s been in Apple Music that’s compressed, I don’t know if it’s 99 or 98 can’t tell the difference.”

He continued: “I can’t tell personally – I do the blind tests all the time with the team – I can’t tell. That’s a problem. That’s not going to work because that’s a marketing play, not a true customer play.

“The problem with lossless is you can tell somebody, ‘Oh, you’re listening to a lossless [track],’ and they tell you, ‘Oh, wow. That sounds incredible.’ They’re just saying it because you told them it’s lossless and it sounds like the right thing to say, but you just can’t tell.”

What do you think?

Let us know in the comments below. 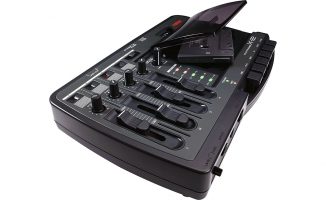