It’s been a steady BPM but lacking in surprises, with most of the new stuff already known to us and reported on. But it’s been busy (the organisers said they had the busiest first day ever, for instance), and there was a good range of people, from wide-eyed kids towing their parents behind them, to seasoned industry veterans, still eager and excited to see what’s new.

Today I’ve collected lots of pictures taken from around the show over the last two days, everything from weird and wacky products to a VW van! I hope you enjoy them and that they give you a flavour of BPM 2012. If you made it here and we didn’t bump into you, sorry to have missed you. And if you couldn’t get down this year, hope to see you here next year!

Seemingly forever in the pipeline, the long-ago-announced Electrix Tweaker finally showed its face at BPM. It’s a universal Midi controller (no built in sound card) that has velocity sensitive pads, three faders and lots of Ableton-esque trigger buttons. It ships with Traktor LE, and comes with overlays for Traktor LE and for Ableton Live, but there will also be blank overlays in the box for users to annotate as they map it to their own software. Electrix told me a Serato Scratch Live mapping is coming too.

Pioneer DDJ-SX is even nicer in the flesh

We’ve already announced the Pioneer DDJ-SX, but we got to see it in the flesh. Unlike the Pioneer XDJ-AERO, which we also saw here and which feels plasticky and a little underwhelming, the DDJ-SX is a fantastic-feeling controller. Although it was only in demo mode (ie they didn’t have Serato DJ software to show off), you could get a feel for how desirable a product this is going to be among a certain section of DJs. I think it will appeal mostly to home DJs who want to best, because it’s hard to transport, being so big. It is the ultimate control surface for Serato, and I think it will convert a few users of other software too.

Here’s the proof that Vestax has got proper, dual stereo outputs in a controller for the iPad for the first time: That little switch gives the game away on the back of the new Vestax Spin2 DJ controller for iPad, iPhone, iPod Touch and Apple Mac. We ran around the show with an iPad plugging it in to lots of DJ controllers to see which ones played well with it (more on that soon), but this one does – officially.

Video DJs, web broadcasters and home video producers will be intrigued by the new PBS-4 web broadcast mixer from Vestax. The company was broadcasting live from the show using this little device, which takes composite camera inputs, HDMI, and VGA (ie from a computer for screenshots), and lets you mix them all live to one stream, that can then be broadcast via your computer to services like Ustream. It’s not broadcast quality (it’s not even HD), but it is a small, presumably relatively cheap and handy solution for making videos and broadcasting from your bedroom.

Like the Traktor Kontrol S4, the Traktor Kontrol Z2 has a big glossy section right up the middle – and boy did it get smudgy! The Native Instruments stand staff seemed to spend half of their show duster in hand getting the fingerprints off their new baby (they had three units at the show) before people took pictures of it. It’s a clever mixer, and will no doubt do well, but they may live to regret that particular stylistic choice. Mind you, having a glossy, fingerprint-attracting surface hasn’t done the iPhone or iPad any harm…

The Core: nothing to see here…

Around the edges of the show, there were as usual a handful of generic copies of DJ controllers from unheard-of brands. What was unusual about this controller, and indeed a full range of “The Core” products including USB mixers, is that they were on a big stand at the front of the show, by DAP Audio. Running Virtual DJ, this and a smaller controller were nonetheless completely underwhelming, and indicative of the fact that to stand out nowadays, you need to do much more than introduce a couple of me-too controllers, book a stand and hope someone will notice.

The Vestax HMX-05 headphones are – and our older readers will know exactly what I’m talking about here – kind of like those headphones that were always wired in to vinyl listening booths in record shops. Functional, durable, sound OK but you wouldn’t really want them as your own. These are kind of “Beats Lite”, and while they had detachable cables (always a nice touch), unless they come in at a very low price, they’re just an also-ran product in a very crowded market place. A curious release.

Splashes of fun in a sea of tech

There were certain brands and stands that introduced a bit of class and humour among the “look at us!” flashing lights and masculine protrusions of the big tech companies. The CD Pool had a pimped VW van as the centrepiece of its stand; high-end PA company Funktion 1 had a Britain-themed booth complete with stylish furniture and nicely framed pictures of its big concert installations; and there was even “the smallest club in the world” – with doormen, DJs, an MC… and room for six people inside. Its name? “Miniscule of Sound”!

So while the early flurry of press releases over the last two weeks spoiled the surprise factor for many of the new products on show here, it was still a spectacle, with lasers, lights and infinite sound systems all assaulting your senses, and iPhone 5-like rushes past the ribbons when the show opened every day at 11am.

However, you get the sense that the next year will be more exciting than the last; many manufacturers hinted at a lot of new products due at the January NAMM show, when we’re no doubt going to see Serato DJ controllers, and also start to see more moves in the iPad-replacing-laptop direction.

Of course, as always Digital DJ Tips will be there en masse, so expect lots of reports for the floor of that show at the end of January.

What has caught your eye the most this year? Anything you were expecting to see but didn’t? Please share your thoughts in the comments. 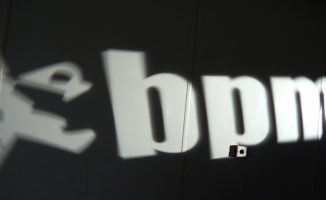 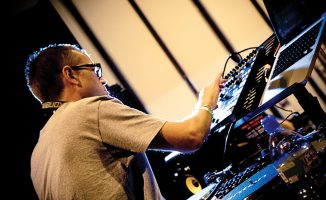