With a lack of huge tech innovation going on at Musikmesse 2013, it was nonetheless possible to identify a couple of trends in digital DJing that I think we’ll see more of in the future. For our final post from the show this year, I’m going to look at each of them more closely. The first of these – the rise of the iPad – is only surprising in that it took this long for manufacturers to start getting some mainstream products out there. And the second – “macro” performance features – shows a welcome realisation that DJing is ultimately about performance rather than blind progress (especially if that “progress” ultimately means simply pushing more buttons, regardless of how clever what those buttons are controlling purportedly is).

1. The iPad is challenging the laptop

While Traktor DJ made the wider world take note of the iPad as a serious DJ device (despite the fact that many, many people have been using Algoriddim’s djay for a long time now on both iPad and iPhone), it is the pairing up of the iPad with DJ control hardware that is finally showing the direction this is all going in.

For many DJs, having to use their laptop with their DJ controller would cease to make sense if they could be shown that their iPad could do the same job, as iPads are smaller, lighter, more durable, and capable of pretty much the same performance. Sure, mobile DJs and music hoarders will always want more storage for music, but we think the larger iPads have plenty enough capacity for most DJs. The only issue that remains, now that multi-route audio has been introduced on the iPad for seamless headphone monitoring, is in getting a simple, clean connection between the iPad and the DJ controller, one that also charges the iPad. This is because unlike in a laptop/DJ controller set-up where the laptop typically powers the controller, in this instance it has to be the other way around.

The best way to do this is how Vestax and Numark have done it, by having their units Apple-approved and chipped so that they can have 30-pin or Lightning connectors built in. Not only does this remove the need for expensive adaptors, but it allows the DJ controller to charge the iPad simultaneously, the DJ controller being plugged in to outlet electricity using a standard power supply in order to be able to do this. I wonder how long till we see a DJ controller with a high-capacity rechargeable battery built in? An alternative method is to do what Pioneer has done with its DJC-WeCAi cable, which the user can pair with Apple’s Camera Connection Kit in order to join the iPad and DJ controller of choice together, a third branch of the cable plugging in to a USB wall power socket (typically the iPad’s own charger) to provide power to the controller.

The disadvantages of the second method are that it doesn’t charge the iPad (it’s a limitation of the Camera Connection Kit), it is messier, and as the whole idea involves “hacking” the Camera Connection Kit (which was originally designed to give the iPad USB out for photographers), there’s no guarantee further iOS updates will work with it. However, if you own a DDJ-WeGo or DDJ-Ergo and simply must use it now with an iPad, this retro-fitted solution works and is pretty cool.

Which brings us on to the software. Without exception, every DJ controller we saw hooked up to an iPad was running Algoriddim’s Djay software. There is other software out there – iMect’s professional but esoteric DJ Player software can even work with DVS, as was demonstrated on the DJ Tech stand, and Traktor DJ from Native Instruments will surely get hardware support soon (although it’s an open question whether Native Instruments will encourage its mapping to other companies’ hardware), but for now it’s currently djay 100% of the way. A situation that – not least due to djay’s unashamedly beginner appeal – will need to change if the iPad is to continue to gain ground.

2. Macro effects and other performance features are back!

My other big trend was macro effects. More resurgent than new, “macro effects” means effects (or, strictly, any function, but it’s effects we saw over and over again) pre-mapped multiply to performance controls. Christian from Reloop explained it best:

“Traditionally when you want to use some exciting effects in a DJ performance, you have to do up to five things. Select the channel. Dial up two or three effects you want to use. Turn them on, set their parameters, then modulate them simultaneously. Not only is this difficult, but it’s no fun to watch,” he said. “So most DJs don’t bother.”

He was demonstrating the Reloop Jockey 3 Remix to me, a controller that – while using ideas that have existed since before Ean Golden popularised the idea of FX-friendly mappings/firmware with a modded Vestax VCI-100 several years ago – brings a modern development of these ideas to big-brand prime time. With the Jockey 3 Remix controller, a touch of a single button “remaps” the usual controls (pads, jogwheels, faders) to preprogrammed sets of effects: distortion on the line fader, a progressive gate effect on the pitch fader, and so on. Cue the ability for a DJ to hit one button and then add some dynamic sparkle to his set with a complete minimum of fuss. you can pre-plan your combos yourself, or just use those provided.

It’s the same thinking on the new Pioneer DJM-750 digital-friendly DJ mixer. This device has a “super knob” that also has some pre-programmed macro effects. Engage it, and by turning it you can add another layer on top of your currently running effect. In this instance, the ”performance factor” is augmented by the fact that the faster you turn the knob, the more pronounced the effect. DJs using this feature now have a bonafide reason to over-dramatically twist the living daylights out of the thing, all in the name of performance. Let’s hope Pioneer’s engineers have built it to last.

People were saying there wasn’t much of interest at the show for DJs, but I actually think it was an interesting show. The iPad thing is good because the days are close when you’ll be able to turn up at a venue with an iPad and a pair of headphones, slot your device into a pre-fitted eye-level stand, and use their gear to play, which just makes brilliant sense. Meanwhile, the swing toward reconfiguring the tech we already have into more exciting performance tools to directly improve what the digital DJ actually does means the performances you’ll be able to put in using such a set-up will be far more exciting than those delivered by the worst proponents of screengazing and button pushing.

But ultimately, it pays to remember this stuff is all driven by the passion of people. The iOS developer who’s written every line of his software himself to shave milliseconds off the latency of it. The self-confessed geek (who moderates DJ forums in her spare time), playing trap behind the decks at a show stand, with her contented earplugged baby strapped to her! The rising scratch star telling me that he thinks a true love for music and some well-chosen business skills are what really counts when you want to get on in DJing, not innate talent – and that he got to where he was today partly by teaching others how to DJ.

How about the sync button software pioneer explaining that his mission was to put the ability to DJ into the hands of every music lover the world over, and that engineering that first software sync button was still one of his proudest moments, despite what old school DJs thought of him. Or the product designer who said music literally rescued him from prison, and his ultimate aim is to put having fun with music into the hands of every kid in every deprived area in the hope that they choose a better path than the one he nearly took.

Yes, it’s sometimes easy to forget that there are real people behind every piece of gear, ever DJ mix, and every software development that we play on, hear or incorporate into our own DJing. These stories of music-loving, passionate human beings, out to do good through DJing, are my most positive takeaway from the show. Because while these people exist, we need not worry too much about where this is all going. Rather we should go with what makes sense to us personally, and keep making and playing the music. That’s ultimately what counts.

• I’m writing this on a plane back home after a long and busy five days in Frankfurt at the show. Once again, thanks to all the DJs, gear and software companies, and Digital DJ Tips readers who helped make it so much fun. I’d also like to thank our cameraman Terry 42 for helping with all the videos we made.

What do you think of my two trends in digital DJing? Are you glad to see things swinging back to “performance”? Do you think you’ll ever DJ on an iPad? Please share your thoughts in the comments. 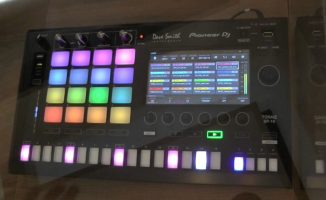 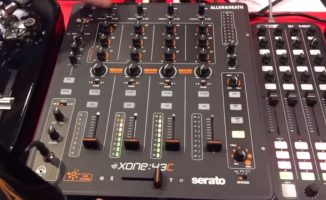 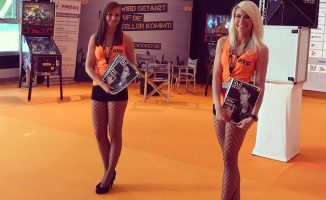 The Sad Decline Of DJing At Musikmesse 2017 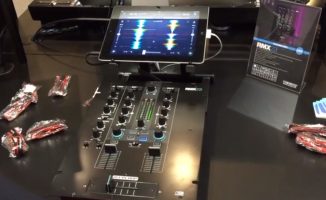