They say you’re not doing something right unless you’re upsetting people, and it seems that once again, DJs with laptops are doing just that (sigh). Check out this video in which 50-year-old DJ Leonard Remix Rroy lambasts the behaviour of laptop DJs who stare at the screen all the time as if they’re “on Facebook”. I actually find the video to make some fair points, but it’s predictably triggered another bout of laptop DJ- bashing across the internet.

Ultimately my view is this: Of course there are laptop guys who spend time screen-gazing and sync-riding. But surely they just need some help and guidance, not lambasting? Have you ever seen a vinyl DJ on his first few public gigs? These dudes generally don’t dancing around much either, It’s a learning curve, whatever your gear.

At the end of the day, I think most of us agree that DJing is about crowd interaction, mastery of your gear, quick access to the right tune to play next, great knowledge of your, music, stage presence, charisma, and lots of other things besides. But…

Does it really, truly matter if you’re doing this stuff on iPods, laptops, CDJs, vinyl, from USB sticks, cassette players, transistor radios, or with the Welsh Male Voice Choir?!

Well – and here we get to the subject of today’s post – apparently it does. In an amazing new twist, according to one London DJ, there are parties where laptops – and the DJs they’re attached to – are actually being shown the door…

This is actually the most interesting – if ridiculous – recent development in the whole debate (thanks Billybob for pointing this out to me). Because in a reply to the Rroy video over on his own Facebook page, UK house veteran Terry Farley says “laptops look shit” and “I’m glad some underground clubs are now banning laptops”. Are they really?

Wow. Would you honestly like to go and party in a club that bans laptops? I mean, truthfully? Personally, I go out to have my mind opened a bit to stuff, not to have someone’s silly prejudices forced down my throat. One sniff of petty gear fascism and I think I’d be out of there. Can you imagine a queue of happy, sweaty people leaving a great night and saying to each other: “Wow, that was brilliant!” then someone remembering, “Yeah, and it was all the better because there were no damned laptop DJs!”

Get. Out. Of. Town. I’d run from these nutters at speed. If that’s the underground, kids, we really are in trouble.

DJs: Know your crowd. Know your gear. Know your craft. Know your music. Stay humble. Learn from your mistakes, and from your elders (when they’re being charitable towards you). But please, use whatever damned gear you like. And if some tired, old “underground” promoter starts laying down the law to you about the type of gear you choose to use… start your own party. It’ll be better.

Have you been on the receiving end of “laptop prejudice”? Have you come across parties where laptop-using DJs are banned? Please let us know your experiences below. 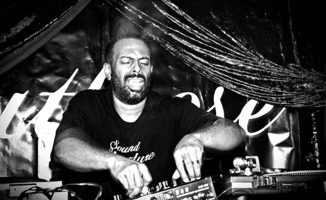