Your palms are sweating and your heart is racing. You could cut the nervous tension with a knife. The club is full of expectant people who all want to see what you can do. All eyes are on you as you step behind the decks and prepare to pull off what just a short while ago might have seemed impossible to you. It’s your first gig and as far as you’re concerned, everyone in the club is wondering the same thing: “Does this guy know what he’s doing?”

Preparing for your first gig is an activity you should not take lightly. Practice makes perfect, as the saying goes, and without a lot of practice your first gig will be average at best. At worst, it will be fraught with frustrating problem after frustrating problem. While it’s true that few gigs are totally problem-free, with a little preparation and thought, many of the big issues can be minimised or avoided all together. Here’s how to avoid some of the common mistakes DJs often make at their first gigs:

1. Take your time
Avoid taking on a last minute gig. Give yourself at least three days to practise and plan before playing a gig. Taking on a last minute gig does nothing but open up the door of frustration. Many inexperienced or novice DJs make the mistake of thinking that they need to take on any gig they’re offered, at any notice. This is not true and in fact, it pays to be selective. Take the gigs you know you can handle and decline the rest. After all, if you botch a gig, how will that help you land another in the future?

2. Use the tools you’re familiar with
Whether your friend has a faster laptop than you, or you just bought a new deck, switching up your tools at the last minute is a recipe for disaster. In order to avoid the confusion of new equipment, or the possibility that it won’t perform the way you’re used to, avoid using equipment you’re unfamiliar with at your first (or any) gig. Stick to the tools you know, even if they’re slower or less fancy.

3. Play to the crowd
If the only place you’re used to playing is your room, then you’re likely playing to an audience of one: Yourself. When playing your first gig for other people you need to keep in mind that their tastes, and your tastes, may not line up. Learning to listen to the criticism and suggestions of others without allowing them to derail you is one of the great skills of DJing. Might as well start learning it right from the off.

4. Never leave home without a plan B
As a budding DJ you probably haven’t had a whole lot of experience with hardware failures. Despite what some DJs will say, hardware failure can and will happen. Whether it’s a frayed cable or a crashed laptop it doesn’t matter: they both stop the music. You should always have a plan B in place in case your plan A stops working…

5. Show up early
The last thing you want to be doing before you step behind the decks is rushing around tying up last minute loose ends. It’s better to show up too early than too late. Give yourself time to set up, and run a thorough sound check. This will alert you to any problems and give you time to fix them before they affect the sound of your set.

6. Plan out your set
As a DJ you know it’s best to start strong and end strong, but many well-intentioned DJs will forget this in the heat of the moment. It’s best to plan out multiple solid playlists that you can switch to depending on your crowd. This will keep people dancing, and help lessen the nervousness of a first gig. Having pre-planned “mini-sets” like this is not cheating; slotting together pre-planned segments according to what the crowd reacts to is a time-honoured why of mixing planning with spontaneity.

7. Promote the gig
It’s not enough to assume that your family and friends will simply pack out a club. They may or may not, but truth be told you’ll probably want some strangers there too, and bringing a crowd is certainly one of the best ways to get booked again, like it or not. Friends and family may be flakier than you think, plus they’ll always give biased feedback. Plus, winning over a room of strangers is always more fulfilling than playing to the converted.

9. Bring a trusted sidekick
Having a person available to help you isn’t necessary, but it will make a world of a difference. During the course of a two-hour set it’s very likely that you’ll need to step out for a break or to use the restroom, and it’s good to have someone there who can watch your stuff and make sure everything keeps running smoothly. This person can also act as a liaison between you and the audience so that you can receive requests and suggestions without having to shift your focus from the decks to the audience.

Whether you’ve already had a few shows under your belt or you’re preparing to play your first, these tips can be applied to help make the whole process more smooth and less nerve racking. Remember, practice makes perfect, and the only place to really practise DJing is in public, so don’t let any excuse get in the way of getting out there and getting some notches on your belt. Good luck!

• Greg Davis is passionate about DJing and producing. When he’s not writing about music, he assists at shows hosted by San Diego DJ & Video.

Has this inspired you to finally get out of the bedroom and find that first gig? Check out our How To Digital DJ Fast course, which is all about getting you ready for that first pùblic DJ set. And if you’re already gigging regularly, feel free to tell us what went right (and wrong!) at your early shows…

Over To You: How Can I DJ The Music I Love? 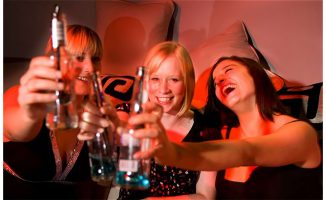 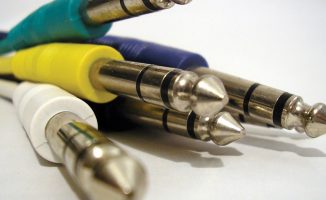 Pro DJ Secrets For When Everything Goes Dead...