Music production is a sought-after artistic process that commands the highest reaches of respect, and it’s no surprise: After all, DJing itself wouldn’t be possible without producers in the first place. Yet it remains an elusive skill, shrouded in mystery when really, it oughtn’t be, because as with so many things in life, it’s the first steps that are the hardest – and many people have a vested interest in stopping you learning how to do it. That’s what this free four-part video course is designed to help you with.

From studios to DAWs: The democratisation of production

While virtually all music used to be made in a recording studio up until the early 90s, a decade later powerful computer programs for creating music, called “digital audio workstations” (DAWs), had become the norm.

These early DAWs were often criticised for not having the “warmth” and “soul” of analogue recording consoles and hardware (sound familiar, digital DJs?), yet these days, they have evolved to a level where they are the recording platforms of choice for musicians, recording engineers… and DJ/producers.

This is mainly because of the ease with which editing and recording can be done using DAWs, as well as for the convenience and cost-effectiveness of the using laptops to produce with. Nowadays, music production is accessible to more people than ever before.

What this course covers

Today, we start a four-part free video course designed to help any DJ produce their first song in one of the most popular DAWs, Ableton Live. We’re going to use the 30-day trial version of the software so you don’t have to shell out the hundreds of dollars it costs to buy as you work out if production might be for you; there will be one tutorial a week, and by the time the trial runs out, you’ll have your track!

Now, to realistically get this done in four weeks, we’re going to need shortcuts, and the biggest shortcut you’ll take is basing your track on a “sound pack”, a professionally recorded collection of “parts” you can use to help you assemble your tune.

(By the way, there’s a huge debate out there as to whether using sound packs is “cheating” or not; suffice to say that many a big hit is based on just what we’re showing you here. It ain’t what you’ve got, it’s the way that you use it, baby! And also, we think having your own tune to show in four weeks is the single biggest boost you could have as a new producer, and just the tonic you need to give yourself the confidence to then go off and start adding to your skills on your journey to becoming a fully rounded producer. I think you can guess what side of the fence we’re on in this debate..)

About the sound pack

The sound pack I’ve chosen to use for our tutorials is from Beatport Sounds (you can see it here), and I’ve chosen it because it’s highly professional, and relatively inexpensive. To get the best results from this course I highly recommend you purchase the pack, because you can then follow what I do using exactly the same tools. But if you feel the cost of the pack is more than your first finished tune will be worth to you, and for that or any other reason you want to use your own loops and sounds, that’s absolutely fine too. (Also, if you’re simply curious, you’ll also gain an awful lot from these tutorials by just watching them.)

Whatever, at the end of this month-long session, you’ll have learned some fundamentals of working in Ableton Live, and have gained some confidence in navigating its rather daunting interface. You’ll also hopefully have a track that you put together yourself using samples as well as sounds from Ableton Live’s bank of synths and samples. Wouldn’t that make a cool Christmas gift to your DJ self?

Why I’ve chosen this approach

When I first got my hands on music production software 15 years ago, I thought I would never be able to make my own music because it just seemed so complicated: There’s just too many things to learn about, knobs to tweak, and music theory to discuss, and ultimately there was no one to show me the way.

So coming into this short course, I wanted to create a streamlined training series that taught only the essentials that would yield maximum, practical results in order to inspire you to take the next step, and I wanted to make it accessible to as many people as possible (hence the use of free trial software and a relatively inexpensive sound pack). These learnings will be the same ones that you can use over and over again as you grow more knowledgeable in production in the future, and I believe them to be a solid foundation for you to build your chops on. So let’s dive right in, folks!

This course is being developed based on your feedback as we go along, so you have a chance to ask questions and influence the direction it takes as we continue. So feel free to ask away in the comments below, and give us your feedback and suggestions too! 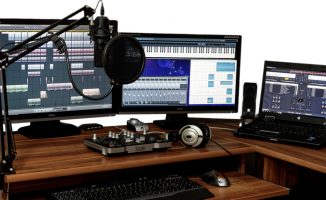 Get Free Samples For Your Next Tune From Beatport 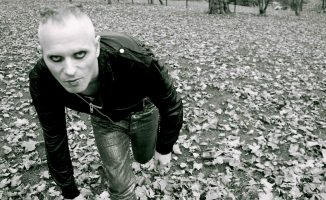 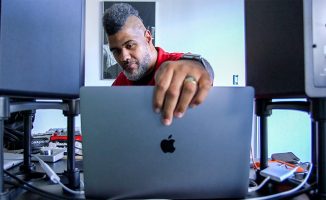 Friday Five: Why Producers Are The New Songwriters 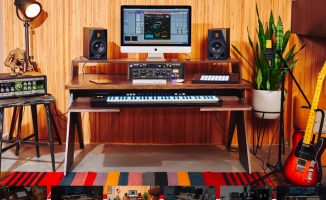 Platform Is A Desk For Your DJ/Producer Gear