It certainly seems like our members aren’t scared of playing anywhere and everywhere when asked to. A recent post where a member related his strangest gig has led to a whole load of stories from others. From swingers to bird-watchers, everyone needs DJs… Here are 12 of our favourites…

12 of the weirdest gigs…

“I was booked to play at a nudist club. Club uniforms were mandatory including me. Thank goodness for table skirts. ‘Just look at their faces,’ I kept telling myself, ‘just their faces.’ What kind of music did I play? Barenaked Ladies tunes, Jermaine Stewart’s ‘We Don’t Have to Take Our Clothes Off’, among others. If my CDJs could talk…’ – David George

“I am a vinyl DJ who was asked to play at a celebration of Double Dutch culture. (Double Dutch is an African American form of stylised jump roping). I obviously didn’t think it all through because every time the groups would do a really big trick, they would hit the floor and the needle would jump right off the record. People didn’t seem to mind too much and the energy in the room was fantastic…” – Amy Ongiri

“I played a very poorly organised yoga-rave at a very large health club chain. There were about 350 people that showed up to do the ‘class’. The instructors all came up to me and wanted individual playlists made for them by handing me handwritten titles and start times written down about 30 mins before the class was going to start. They got a fat no and were visibly mad. They kept motioning for me to crank the volume even though it was drowning out the instructors…” – Mike Gerth

9. The fish and chip shop

“I played for the opening of Rick Stein’s Fish & Chip shop in Falmouth. I’d played the main fish restaurant for New Year which was actually really enjoyable. The Fish and Chip shop on the other hand was a nightmare. It was tiled so the acoustics were appalling. For some reason the actor that plays Phil from Eastenders was sitting opposite me which lent the night an even more surreal edge. (I tried my best to dig out any fish related music…thank god for Mr Scruff!)” – Stephen Griffiths

“I was booked to play Christmas music for an assisted living centre. Hadn’t done one yet so I said sure. They said there will be food and drink, and some games for the seniors. Once I got set up and started playing, I realised that there were only a couple seniors and ALL the staff there…. Apparently they didn’t really invite the seniors and the staff played all the games and ate the food…” – DJ Gary

“An old DJ friend passed away, and his ex-wife asked if I would DJ a celebration of his life event. Of course I agreed and we had a great time. The weird part was all of his ex-wives, ex-girlfriends, etc. showed up. He had left each lady for another lady in attendance, so it just went down the line. ‘Well since he left me for ___, she’s next!’ All in all we had a great time remembering a great ‘player’ and friend.” – Reuben Martinez

“I did a wedding gig last summer. I get to the reception and the bride’s father comes up and tells me that the groom and bride met in bible school and are very strict about not listening to ‘provocative and suggestive music’ or drug references. Knocked out a steep percentage of my playlist so I ended up scouring my library a lot harder than I’m used to to make the night work. It makes the night a little uncomfortable creating a new censor standard on the fly.” – Mike Gerth

“Played a small swinger club once. It was weird. All night nobody was dancing. They were mostly sitting at the bar, and left once in a while to… y’know, what they do in such venues. Some did it on the couches around the dancefloor (I might have train-wrecked a few transitions then). Overall I thought it was a bit of a bummer evening, but when I read the guestbook of the venue the next day, they were like ‘OMG, the DJ was great! We need to do it again!'” – Psychofrakulator

“I played a biker lingerie show. I didn’t realise there was even such a market. The models were not the most attractive, but given the audience, I surely wasn’t going to comment on that. I was able to play some great rock ‘n roll music though. All in all, it was a blast! They were really an awesome crowd and were very responsive to the music. It was also a great paying gig. I’m looking forward to the next one.” – Brian Lake

“The oddest party was for a Super Bowl after party for a group of Cleveland, Ohio, USA policemen. I could not believe how wild they were, totally off the chain! One approached me during the party and said ‘We have very stressful lives, so excuse us, we gotta let go!’ Nonetheless, I had a blast with them, there was never a dull moment. I would definitely play for them again.” – DJ Dizzi Dee

Last summer I got booked by a bird-spotting club.They have an annual international gathering where there are members from all over Europe, and they compare the number and breed of all the birds they spotted. After trying every trick to get them dancing nobody even moved. They were too busy looking at the photos of all sorts of birds on the screen next to me. After the last person left the organiser came to me and said everybody had a great time and loved the music…” – Fonny Boons

Thanks to everyone for your stories. If one theme comes out from them, it is that you are all professionals, ploughing on regardless in what often appeared to be dire circumstances… and that generally, you were much appreciated. Maybe the lesson is: Do your best, and reserve judgement until you get the final feedback at the end of the night – however strange that night turns out to be.

Can you do better than any of these? Feel free to tell us below! 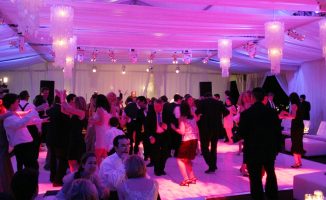 Your Questions: Is Insisting On A DJ Contract Costing Me Gigs? 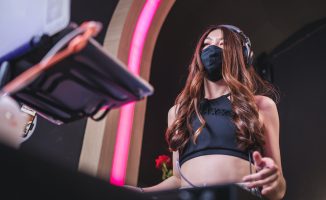