I’ll admit it: Through the years, I’ve developed this bad habit of downloading dozens of songs before a gig. I couldn’t explain why, but I felt there was this need to keep buying and downloading more. Since I’m an open-format DJ, I’d pick up lots of what Spotify and online charts suggested. This was part of my prep ritual, and I’d be extra anxious up until I did it.

I’ve had a few months away from the decks recently which gave me time to think about DJing, and that’s when it hit me: Downloading new music isn’t the same as preparing for your gig. You can download all the songs you want but if they’re littered about your hard drive, that doesn’t guarantee that you’ll be able to play the right song at the right time during your set.

Preparing for the gig means putting songs into meaningful playlists. Playlists are crucial because when you’re working with a lot of music (eg 10,000+ songs on my hard drive right now) they are what let you separate the best, most pertinent songs for your performance.

This led me to tweak my prep ritual, and in the process I discovered something else: I’ve got TONS of awesome songs in my library I haven’t played in years! They never get to see any dancefloor action because they’re technically “hidden” from view by virtue of not showing up in my playlists. I wasn’t doing my share of “digging”, which is part of any DJ’s duty, digital or otherwise.

Doing a “digital dig” on my library was like seeing my DJ collection with fresh eyes, and since then I’ve vowed to be more mindful of my existing library and when I should be adding to it.

Instead of going on a download binge before your show, here are three reasons to dig through your existing collection instead:

Three Reasons To Do A Digital Dig

The longer I’ve been DJing, the more I realise that people don’t always want what’s on the bleeding edge of dance music (unless you’re in Berlin). Generally, people go to clubs and bars to “escape”, with the dancefloor acting as some sort of teleporter to a place and time where life’s drudgeries and the workweek don’t exist.

Of course it all depends on how open-minded / forward-thinking your crowd is, but almost all of the time people want to dance something they are at least remotely familiar with. DJing is a balancing act between playing something the crowd wants and something that you think the crowd might want.

In open-format DJ sets for example, the impact of playing the unfamiliar weighs down heavier on the attention span of casual clubbers compared to something they’re used to. Play too many of them in succession for too long, and you risk disengaging with your dancefloor. The opposite isn’t exactly good too: play too many obvious hits the entire night and you become a faceless, walking Spotify algorithm without any character. Never forget that part of the DJ’s job is to be the final arbiter as to what comes out of the speakers.

Scour your collection for songs you’ve only played once or twice, and either add them to a playlist or delete them if you really don’t need them (eg songs you dropped at that odd mobile gig five years ago). I’ve got one in my DJ app called “Songs I Don’t Usually Play” filled with less obvious 90s / 2000s gems I can sprinkle throughout my set.

Remember: It’s the songs that no one else plays that set you apart from other DJs.

2. You grow your playlists without growing your library

You can have all the songs in the world, but if you don’t have those songs in playlists, you’re going to forget about them. That’s just the reality of dealing with digital music files: since they don’t exist as a physical format, we aren’t as aware of them compared to, say, a crate of vinyl or a CD binder, and we pay less attention to them, relegating them to the bowels of our hard drives.

Make it a habit to comb through your library and your download folders before downloading more songs. Often an old, long-forgotten track catches my eye, making me add it to a crate either for playing at my next gig or to a long term / evergreen playlist.

This is also the beauty of being intentional with the music that you add into your library. If you’re only adding the best of the best, the year in which that track is released shouldn’t matter so much. It’s how selectors like Motor City Drum Ensemble have built entire careers on digging tunes, sampling them or playing them as is: every track he picks is quality, making the job of actual song selection during a DJ set easier.

3. Most of the songs you’ll play already exist in your library

If you’ve been DJing for a while now, chances are you’ve built up a library consisting of a couple of thousand songs. The Pareto Principle, also known as the 80/20 Rule, applies to DJing too: If it’s a top 40 / open-format crowd, 80% of what you’ll be playing will be songs that you’ve already had in your library for weeks / months / years, with only the freshest stuff comprising the other 20%.

Let’s say I’m playing a gig this weekend: I’ll check out the charts on Spotify, DJ City and BPM Supreme to find out what’s new and what I’d like to add to my set. A few hours of shopping around for music gets me around 12 new tracks which I then put in a “new downloads” playlist. When I get behind the decks, my performance overwhelmingly consists of music I already have, playing only a handful of the 12 new tracks I downloaded.

This happens to me over and over, and what happens is I end up with more and more “for the moment” songs that never get played and, ultimately, never stand the test of time.

Instead of pressuring myself to download new stuff before a show, now I spend time going through my library making playlists. This has had a greater overall impact on the depth and variety of songs that I play in my sets, and is a way for me to breathe new life into my performances by going deep instead of simply piling on whatever’s new on the charts.

The best chart music tends to stick around longer anyway – natural selection for the pop music world – so if the track is still big after a few weeks, only then do I download and add to my playlists.

Give it a go and find out for yourself if it helps your DJing and music collecting. It sounds counterintuitive at first, but I guarantee that you’ll end up with a greater appreciation for what you already have, and you’ll be able to fill in the gaps in your playlists and library with greater accuracy later on.

How many songs do you have in your DJ collection? Do you find yourself downloading more and more songs without even playing them? What methods have you developed to keep your library in shape? Share your thoughts with us below. 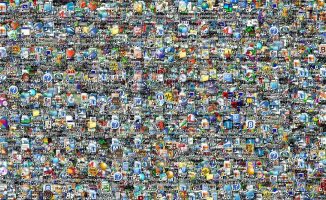 How To Declutter Your DJ Library: Part 1 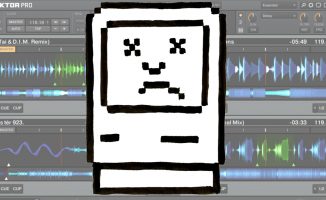 How To Avoid My Music Library Transfer Nightmare