The jogwheel is almost synonymous with digital DJing. Originally designed to imitate what DJs do with vinyl on turntables, as DJ technology has developed, the jogwheel has evolved along with it. Knowing the different types can be useful because it may be a factor you take into consideration when you’re choosing what DJ gear to buy or to upgrade to.

In this article and its accompanying video, I talk you through the three main types that between them feature on the vast majority of DJ hardware. While each performs the same basic function, they all have their own characteristics.

The two things a jogwheel does

With all jogwheels, usually touching the top “stops” the music, and while you’re touching it your hand movements then allow you to move backwards and forwards, allowing you to scratch and cue the music.

Meanwhile, spinning the wheel either clockwise or anticlockwise but via the edge speeds the track up or slows it down slightly, and is called “nudging”. This is used to keep beatmixes in time by making small, momentary adjustments to the playing speed.

What I just described is sometimes referred to as “vinyl” mode, and some DJ gear – including pro CDJs and media players – allows you to turn off this behaviour, so the whole jogwheel effectively acts as a “nudge” device, no matter where you touch it.

These jogwheels are what you find on the majority of DJ controllers on the market. They are touch sensitive, and are very responsive. Capacitive jogwheels are pretty sturdy because they have fewer moving parts compared to the other two types of jogwheel, meaning they are reliable and relatively cheap, hence their popularity.

A couple of downsides to this type of jogwheel: They are very sensitive to touch and it is easy to accidentally activate the jogwheel which could mean the music stopping if they are in vinyl mode. Also, in certain circumstances the opposite can happen and they can become hard to “activate”.

This is the type of jogwheel you will find on Pioneer’s industry-standard CDJs and – rarely – on controllers. The top of the jogwheel has a mechanical button-like action. The top of the jogwheel requires a bit of pressure to activate, which can help avoid accidental track stops when in “vinyl” mode. However because this type of jogwheel uses mechanical parts to function, there is a higher chance of it breaking over time.

This type of jogwheel harkens back to the days when the turntable was the industry standard. It features a motorised rotating platter, recreating the feel of using turntables, but in an updated way. If you are a DJ who learned on turntables and you enjoy the feeling of a moving platter, this type of jogwheel might be for you. (Conversely though, if you learned to DJ on a controller or on CDJs, a motorised platter may feel awkward as it is a very different way to DJ.)

While these usually feature a slipmat and a non-functioning but real piece of vinyl (so that they feel exactly like using “the real thing”, albeit sometimes smaller), Native Instruments broke from this tradition with the Traktor Kontrol S4 Mk3, which has a motorised, capacitive jogwheel with an innovative “haptic feedback” function.

Although each type of jogwheel may work a bit differently, they all perform the same basic two functions, allowing you to scratch/cue, and nudge. Knowing the differences between each can help you work out what you might prefer when making your next gear purchase – but more importantly will help you be prepared for the types of gear you may be asked to DJ on at future gigs.

What kind of jogwheel does your controller have? What are the pros and cons for you? Which type do you prefer? Let us know in the comments. 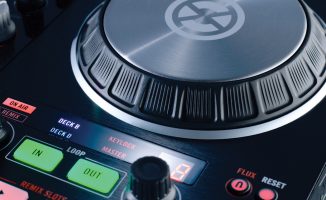 Your Questions: How Do I Fix Over-Sensitive Jogwheels? 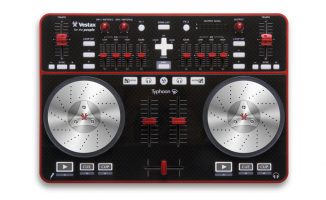 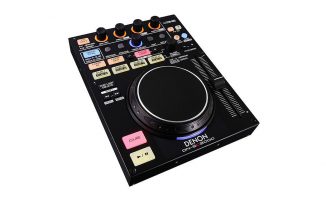