Radius Two Valve has master and booth outputs, split cue, analogue VU meters for viewing your output level, plus a three-band isolator EQ for the output. The back has two pairs of RCA phono / line inputs, a grounding post for turntables, XLR master outputs, 1/4″ booth outputs, 1/4″ aux outputs, 1/4″ aux returns / inserts (for either a playback device or effects), and RCA record outputs. The front has a single 1/4″ headphone output.

Since it’s analogue, there is no onboard sound card or any digital effects, though an effects box can be purchased separately from MasterSounds.

Why buy this mixer?

I know what you’re thinking: “Why would I buy an analogue-only mixer without any bells and whistles found on a cheaper digital mixer costing a third of the price (the Radius Two Valve retails at £1495)?”. Two reasons: sound and signalling.

Let’s talk about sound first: there’s a lot of cheap DJ gear that sound decent, and that’s great for the majority of jocks. But the DJs who will buy a premium mixer like this (and other kit from MasterSounds) will also happen to be audiophiles. They will be DJs who demand the best sound and fidelity from their vinyl (or even WAV / FLAC files) while spinning, and who don’t mind spending extra to achieve that level of sonic nirvana.

Does the Radius Two Valve sound heaps better than, say, a full-on DJM900NXS2? It depends on what you perceive to be “better”, but even though we haven’t heard this unit yet, we’re willing to bet it’s going to sound different at the very least.

The second reason involves signalling: using a top-shelf mixer like this implies you are an audio purist and a sophisticated DJ who doesn’t compromise on sound. Like other forms of expression (eg clothing, style, even politics) using kit like this sort of lets you identify (at least from a gear perspective) with other DJs who use boutique rotary equipment: DJ Harvey, Hunee, Motor City Drum Ensemble to name a few.

Of course, having gear like this doesn’t make you as good as them – your audience will be the judge of that – but it does add that cache of cool to your aesthetic and your sound and, ultimately, affect your approach towards DJing.

It’s an aspirational bit of kit that’s not for every DJ out there, but it’s sure to tick all the right boxes for old school vinyl DJs and even digital DJs with CDJs / XDJs who want to add some analogue goodness into their DJ sets.

What do you think of this premium mixer? Want to have it in your set-up, or would you prefer something with digital features instead? Let us know below. 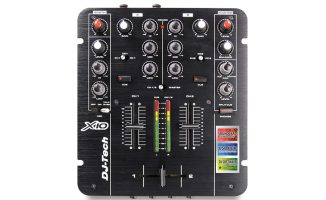 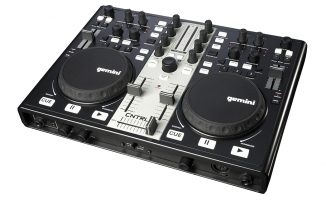