DJ Conversion Utility, the Mac-only app from indie developer ATGR that helps users convert their loops, beatgrids, and folders/playlists/crates between various DJ software platforms, has reached v 4.0, and got a much-needed lick of paint at the same time.

It has gained many fans over its four years of existence thanks to the very personal attention granted to users by its developer, its power (it can do some things no other app can), and its pricing – €19.50 as a one-off payment.

However, it never looked particularly pretty and thus didn’t inspire an awful lot of confidence, something pretty necessary for DJs trusting the integrity of their DJ music libraries to any third-party app, we’d say. That appears to have been fixed in v4.0, with a simplified, more modern and more unified look and feel. There are also improvements to the way the software handles cues and loops, among other changes.

DJ Conversion Utility 4.0’s biggest rival is Rekord Buddy 2, which currently has a Windows version in beta, but operates under a (relatively expensive in comparison) subscription model.

• Find out more about DJ Conversion Utility 4.0 on this Sellfy page, which is also where you can buy it. 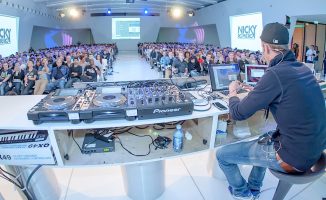