What this is about…

Have you ever thought about becoming a mobile DJ, or are you already trying to be one? For many, becoming a mobile DJ is a great way to earn extra money, be able to play out more regularly, carry on DJing when family and career become a priority, or play extra gigs alongside club work. That said, for many, mobile DJing is all they do – and they love it that way!

This is one of a special series of Become A Mobile DJ Week articles, exploring the secrets of DJs who’ve built profitable, easy-to-run mobile DJ businesses. This is Part 2 (you can also go to Part 1). If you want to take this further, do check out our New Mobile DJ Blueprint course.

Recap: The 3 types of mobile DJ

So in the last article, we established that there are really only three types of mobile DJ:

Chances are that right now, reading this, you’re a beginner or a Break Even DJ, and that Side Hustle DJ is where you’re aiming at – a successful part-time DJ business that’s fun and feeds your hobby with the cash to buy the toys you want. (You’re nodding, right?). If so, this is for you – you’re in the right place.

So what are the successful DJs doing right?

One thing that beginners and Break Even DJs ask us here at Digital DJ Tips over and over again is what it is the Side Hustle DJs are doing that they’re not.

Have you ever looked at successful mobile DJs, thought “I want to do that!” – and felt the same way?

I mean, you know for sure it’s not your DJing that’s letting them down. You’ve had great dancefloor reactions to your sets, and what’s more you’ve seen DJs doing a WAY worse job than you, playing bigger, better paid, more regular gigs – yes?

It’s probably part of the reason you got into this, the old “I can do better than that!” feeling.

You also know it’s not for lack of effort. You’re smart enough to realise that getting anything in life requires commitment and consistency – that taking your mobile DJing seriously is part of the deal.

So logically, you may conclude that successful Side Hustle mobile DJs have got where they have because they:

However… the truth is that the real reasons Side Hustle DJs do well are none of these things!

It turns out that they’re actually doing surprisingly little that’s different from what you’re probably doing, as you scrape by playing the odd paying gig but wishing for more.

There is a simple set of easy-to-understand “best practices” – secrets, if you like –  and if you implement them across your part-time DJ business, you will smoothly and easily move from Break Even to Side Hustle.

It’s a non-negotiable! It just happens. Just as going to the gym three times a week will increase your muscle size. No debate. As a personal trainer might tell you at the gym, if you do THIS, you get THIS.

Isn’t it great to know there’s a roadmap? And why shouldn’t there be? DJing is just like anything else big that people try and learn – there is ALWAYS the stuff you can see, but also there’s stuff you CAN’T see going on under the surface. And that’s usually where the important stuff is.

Now, it ALSO turns out that nearly ALL of these best practices share one thing in common, something that explains why when you watch those successful mobile DJs and wish you could be like them, you can’t see what it is they’re doing that you’re not.

That’s what I want to talk to you about tomorrow.

Let’s deal with this now: It’s not you!

But first, there’s something we need to address.

We need to deal with the stories that Break Even DJs sometimes tell themselves to explain who or what is to blame for their not being able to make a serious go of their mobile DJ businesses.

Because if you don’t know where the blame lies, you can’t go about fixing it.

So let’s clear this up right away.

If you’re stuck at “Break Even”, it’s not you – meaning it’s not something innate or unchangeable about you personally that’s holding you back.

Also, it’s not your lack of desire for this. (After all, we all know the guilt of buying DJ gear with a promise of “making it pay for itself”… right? It’s not like you don’t want the gigs…)

But in one crucial sense, it is “you”: In the sense that the reason you’re not moving from “Break Even” to “Side Hustle” is due to what you’re doing with the limited time you have available for building your DJ business.

You do need to take that on board.

Luckily, that’s actually good news, because it means it’s easily within your ability to fix it. You’ve just got to stop doing the old things and start doing the new ones.

This will take a new attitude

In the last article I said that some people aren’t going to want to hear this stuff, and that’s the reason why.

They don’t want to accept it’s anything at all to do with them. They’ll blame anything outside of their control for their failure.

That’s what I meant when I said that type of person is going to struggle to fix things.

When people blame others – when they have a “victim” mentality – they’re sadly pretty much impossible to help.

Sound familiar? I’m sure you’ve heard DJs – some, sadly, with decades in the game – spouting lines like these, all of which we’ve taken directly from comments in our community.

(Especially that last one – blaming your customers for your business’s problems is never a smart move.)

This type of DJ can’t accept that the $50-a-night DJs might just be doing something that they’re not. That they might actually be able to learn something from those DJs.

It’s a real shame, because what we’re going to share tomorrow – when combined with shifting away from the “Victim Mindset” – is the exact formula for moving from Break Even to Side Hustle.

The scary thing is the victim’s view of the world can be easy to believe, as it sounds like it’s based on common sense – yet as is so often the case, the truth is actually more surprising.

What’s possible in today’s world as a mobile DJ?

Read this carefully, and think for a second what a difference it would make to your DJing hobby and your life:

The truth is that in the current economic climate, there’s no excuse for not taking upwards of $10,000 a year by operating a micro mobile DJ business as a side hustle.

No excuse at all. We’ve coached countless DJs to do it.

Because just like in so many industries in this day and age, it’s only the old ways that are broken.

And those who “get it”, those who understand the new ways, the successful “Side Hustlers” – they’re the ones reaping the benefits.

They’re not the old school mobile and wedding DJs, refusing to change.

(And also, please remember, they’re not “All or Nothing” DJs, dedicating their whole lives to this, with premises, employees, three or four gigs every week, and all the pressures that come with that. Those DJs typically take our Complete Wedding DJ training, and run with it – but this full-time route is not for 95% of hobby DJs.)

No, those who “get it” are just happily implementing the best practices in order to keep a great work/life/hobby balance, make some good extra cash, and have loads of fun while they’re mobile DJing.

So what’s your decision on this?

So now you know:

..there’s just one more thing you need to commit to.

You need to confirm your DECISION to operate like a pro, not an amateur. You’ve got to be willing to turn up and do the work.

You kind of guessed that already right?

But honestly, it’s not always easy. Like eating well or doing regular exercise. Some people choose obesity or laziness because it’s just easier. Others choose to do the opposite because, for them, the longer term reward is worth the short term discomfort.

A simple but hard decision.

It’s your turn… To upgrade your DJ business is going to require this simple but hard decision.

If it’s yes – if you’re willing to come with me further – come and join me in the next article. Because now it gets fun…

Click here to go to part 3 of the training… 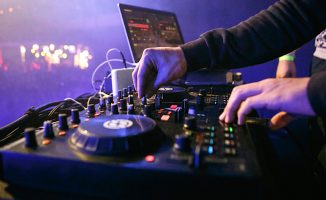 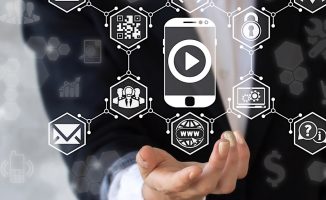 How To Become A Mobile DJ, Pt 4: Build Your Business The Modern Way