Despite its decision to withdraw from the DJ music streaming space this year, it appears Spotify hasn’t completely abandoned the DJ world: It has just launched “co-curated playlists” from “the world’s leading DJs”, which it is calling “Track IDs”.

“Do you ever dance to your favourite DJ and wonder what track they’re mixing?” Spotify ponders in its press release.

“You’re not alone. We’re always asking ‘track ID, anyone?’ at sets. Now, with a new suite of playlists, Spotify is here to remove the guesswork for dance and electronic music fans.”

Not sure that is really a problem that needs a solution (after all, we have Shazam), and the idea that any top DJ is really going to (or indeed, legally even could) include the real gems in any Spotify playlist is highly debatable.

But nonetheless, having co-curated playlists by names like Carl Cox, MK, Black Coffee and Jayda G (just four out of the 23 artists at launch, heavily skewed towards trendy house, techno and electronica) does on the face of it look like a good thing.

The playlists will apparently be updated weekly, and I don’t envy the co-curators who’ll have to chase DJs and cajole them into spilling the beans about the music that really matters to them each and every week. However, I will certainly be following a few of those lists.

Click here to go to the new TrackID lists on Spotify.

How To Turn A Spotify Playlist Into A Bandcamp Shopping List 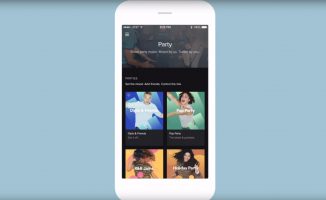 VIP DJ Playlists From James Hype & Others Added To Beatsource