Sometimes, a year can seem like an awful long time in DJing. Last January, I wrote a summary of the past 12 months for the previous edition of our annual Gear Guide. Looking at what has happened since, it’s hard to believe what was in store for us. How little we knew…

So here it is: Our look back at 2020. Read on for our view of how the year has panned out – let’s be honest, it isn’t one we’re likely to want a repeat of…

Of course, COVID-19 was the big story this year, much bigger than DJing but affecting the DJ world as much as it has affected every other area of our lives.

Worldwide, DJing has been affected profoundly by the closing of venues, with working DJs having to take drastic steps nobody could have predicted just to make ends meet. It is hard to overstate the effect COVID-19 has had on DJing and the live music scene in general, but anyone relying on the DJ world to provide any part of their income has been hit hard.

That said, among “hobby” DJs, it has been a different story: There has been a resurgence of interest in the art of DJing, and this is almost certainly due to the “learn something in lockdown” mentality. Let’s make no mistake though: The longer this bites, the more it will affect everyone, hobby DJs included. Let’s hope we see an upturn and a move towards normality in 2021.

One of the biggest things to come out of lockdown for DJs has been livestreaming. Livestreaming DJ sets was always a “thing”, but it has come of age this year – as a DJ school, we even launched a course on how to do it. It has proven to be a great way for DJs to “get gigs”, and from the very biggest DJs right down to new hobby DJs, it seems everyone is livestreaming.

As full-time DJs before we were full-time DJ tutors, it’s true to say that here at Digital DJ Tips, we do sometimes miss the thrill of DJing all weekend long. Strangely, livestreaming at the weekends has given us some of that back – and it seems we are not alone, with livestreaming having seen a huge explosion, and not just among pro DJs.

Mixcloud, the platform for DJs to legally share their mixes, surprised everyone by launching Mixcloud Live, which is a place for DJs to legally livestream their sets – just as well, because this year saw “copyright crackdowns” on practically every other platform as livestreaming exploded.

Talking of gear, the logistical difficulties caused by COVID-19’s rapid worldwide spread do not seem to have stopped the DJ manufacturers launching new kit, and the most exciting developments have been in the growth of truly powerful “standalone” DJ gear – they type that doesn’t require you to have a laptop to DJ with.

Denon DJ continued its push to dominate the category, launching the Prime 2 and Prime GO all-in-one DJ units (the latter, a small, battery-powered device proving a particular hit) and updating its pro-end gear.

Pioneer DJ for its part launched the CDJ-3000, a much-needed update to the ageing CDJ-2000NXS2.

What’s important about the CDJ-3000s is that they have computers inside them, just like the Denon DJ units – and so now Pioneer DJ has made that technical leap, we fully expect the company to launch more affordable all-in-one DJ gear soon, to compete directly with Denon DJ’s Prime range.

A big barrier to entry for new DJs is having to build a music collection. Gear companies know that, and music streaming services in DJ software are something the industry has been pushing hard recently, even though this was the year that Spotify withdrew from DJ streaming (it was embedded in Algoriddim’s djay software).

Another exciting development in the past 12 months has been the rise of “stems” DJing, the ability to DJ with drums, music and vocals separated in your tracks. Traktor first came up with the idea, but its implementation from several years ago didn’t take off, as it required special music files to use it.

But in 2020, both Virtual DJ and Algoriddim (djay) added the ability to DJ like this to their DJ apps, with real-time stems separation happening. The tech isn’t perfect yet, but if anyone is old enough to remember when timestretching first arrived for music, neither was that – stems DJing is at the “early timestretching” stage of its journey, and can only get better as computer processing power rises.

6. The jury’s out on subscription software

Maybe the biggest “controversy” (in a year where DJ controversies have rightfully taken a distant second place even in the most ardent fans’ lives) was Pioneer switching its Rekordbox 6 software to a subscription model. Subscription is notoriously hard to get right, and Pioneer didn’t – let’s hope the company smooths out the way it all works sooner rather than later in 2021.

Pioneer DJ wasn’t alone – Serato Studio was originally offered as subscription-only, but Serato quickly added a “pay once” option to that, too. Algoriddim’s djay Pro app seems to have made the switch the subscription OK, though – in the case of djay Pro, one subscription gets you the Mac and iOS version, so maybe that sweetened the pill for users?

For many DJs of a certain age and from a certain musical background, this was a sad year because we lost Andrew Weatherall (here is our Andrew Weatherall tribute), a DJ and producer who helped break so many moulds in his musical career, not least for his production on Primal Scream’s “Screamadelica” album from way back in the halcyon UK rave days of the early 90s.

Of course, Erick Morillo also died in 2020, leaving a string of sexual abuse allegations behind him, the cause of death apparently a ketamine overdose – a very different kind of legacy that will without doubt forever overshadow his musical one.

As we look forward to 2021 and hopefully some kind of normality returning to our hobby and our industry, rest assured that my team and I here at Digital DJ Tips will be here to help you make sense of it all, make the right choices in your DJing, and ultimately to become better DJs and DJ/producers – that’s what we’re here for, after all… 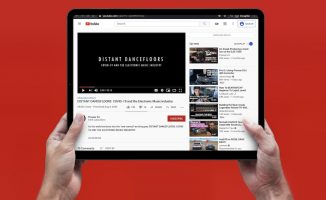 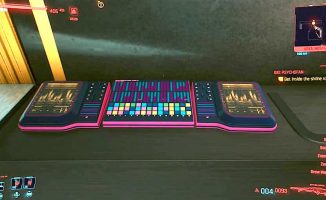 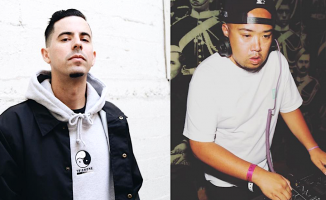 2 DJs Using Livestreaming To Help Others During Lockdown 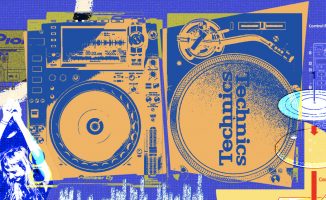 Friday Five: How A Decade Of Tech Changed The Art Of DJing