Do you feel you play your best DJ sets when nobody is watching? That you perform your most inventive transitions when you’re not recording? But then as soon as you try to record your DJ sets, it all falls apart?

Then you may be suffering from “Red Light Syndrome”, a well-known thing among musicians, defined by Urban Dictionary as, “Where a person has musical talent, but once they are being recorded, they fall to pieces. Symptoms of Red Light Syndrome include pale skin, cold sweats and frequent mistakes.”

It’s closely related to nerves, lack of confidence and imposter syndrome, but this one in particular is all about those times when this actual, individual performance really matters – typically because you’re recording it.

Why it’s different to “nerves”

It’s actually a bit different to the nerves we get when we’re about to DJ live.

Why? Because when we’re playing “live”, somewhere deep down we know it doesn’t have to be perfect. DJing live is a bit like talking. As long as we get the point across, we’re good. Plus, it’s a conversation with the audience. It’s about the moment. No two live sets are alike for that reason.

But recording your sets? Well, that’s more like writing. If you’re writing something down, that’s more of a long-term thing, right? So you take more care. You know how you want it. And even that little bit of extra thought and care starts to increase your expectations and increase stress, which peaks when you hit “record”, and affects your performance. Result: You suffer from Red Light Syndrome.

(Oh, and it’s called “Red Light Syndrome” because of the red “recording” lights that are illuminated in recording studios when a recording is being made, hence the picture we’ve used to illustrate this article.)

How To Conquer Red Light Syndrome

So here are three tips to help you move past those frustrating and infuriating mess-ups as soon as you hit “record”:

The bottom line is that you’re never going to do everything perfectly as a DJ, but that doesn’t mean your best isn’t good enough, and it doesn’t mean that when you really do need a close-to-perfect result, there aren’t ways of achieving that.

If you record absolutely everything, go easy on yourself, and copy the pros when it comes to your really important recordings, you should be able to banish Red Light Syndrome forever!

Oh, and if you think that because this happens there must be something wrong with you, all I can tell you is that the very best DJs in the world get this. I was talking to literally America’s best-known DJ just yesterday about a project we’re working on with him, that involves him recording a DJ set for us. He was struggling with it, and laughing, saying, “This is what I do! I should just start DJing! So why am I finding this so hard?”

Read this next: Mixtapes: 5 Questions To Ask Yourself Before Hitting Record

It’s because it was something different for him, and it mattered. Pros deeply care about that stuff. So another way of looking at it is that Red Light Syndrome is just a symptom of the fact that you care about your art.

So again, have faith. This is all perfectly normal, and you can conquer it – at least, as much as anyone can!

Want to know more about our Pro Mixtape Formula course? Click here for the details. 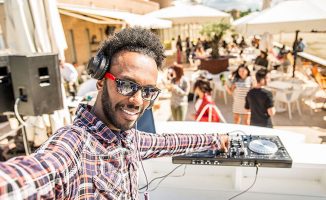 Your Questions: Help! I've Just Been Infected By "Imposter Syndrome"... 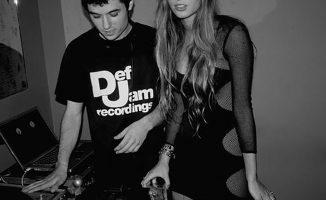 Your Questions: I'm Really Shy! Please Help Me Prepare For My First Gig 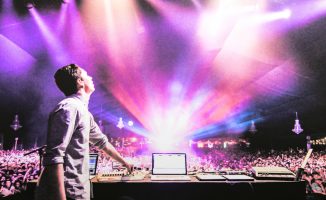 DJ/Producer Secrets, Part 2: The Biggest Thing Holding You Back From Success