We don’t usually carry stories like this, mainly because however special a DJ may have been to us, most of our audience won’t know who we’re talking about. But in this case, even if you haven’t heard of Stu, this is your chance to learn his name. Because a huge number of people you know or will ever likely know in the UK DJ and dance music community are mourning his loss this week, at 60 from cancer, and that itself makes this piece worth writing.

Indeed, reading the many social media responses (for instance, from Carl Cox) to the death of Stu Allan, who was based in my once home city of Manchester, England, it is clear that this most underrated of DJs had a place in the hearts of DJs all the way to the very top. It’s also the case that without Stu Allan and his championing of hip-hop and house on the airwaves of Manchester radio from the late 80s onwards, Digital DJ Tips itself may not even have existed.

You see, I was a teenager back then, and like so many others, I used to tune into his weekend shows, fresh pack of TDK D90 cassettes to hand, to hear and tape music you quite simply couldn’t get anywhere else – the music we were hearing in the clubs and raves, which was then still very much underground. But Stu was also a hugely loved club DJ. The idea of a credible DJ you could go and see, who you could also hear on the radio, playing the same music, was simply revolutionary back then. I still have a box of the tapes.

Later, as a DJ and club promoter myself, I booked Stu and DJed alongside him. Those gigs remain some of the highlights of my DJing career. I remember him arriving at the first such event in my DJ booth, bodyguard in tow, not sure what to expect. By the end of the night, we were all partying (bodyguard too), and parted the firmest of friends. He proved that old adage that being nice won’t necessarily make you a good DJ, but good DJs are always nice. Stu was more than a nice guy – he was humble, genuine and simply one of the best.

Stu helped to cement my path and my career in DJing, music and teaching. One of my proudest moments was sending him an early copy of my book “Rock The Dancefloor!” with a note to let him know just how instrumental he was in its very existence. Again, it is hard to understate the influence Stu had on a whole generation of ravers, clubbers, DJs, promoters, labels, artists and industry types in Manchester, and beyond.

Remember that times were very different then, and you literally had to go searching for this music we love that is now so mainstream. I recall driving over the Pennines (a wild, remote region separating the west and east of northern England) with a visiting DJ friend, Ton TB, from the group Three Drives On A Vinyl. We were heading back to Manchester from a gig, and I recall excitedly tuning in to Stu on the radio as soon as we could get a signal. Ton was an instant convert, telling me how there was just nothing like this on the radio back home in the Netherlands.

Finally, and funnily enough, out of the small team here at Digital DJ Tips, it’s not just me who feels this loss personally – our community manager Ben, who lives local to where Stu lived, also knew him. Indeed it was Ben who first broke the sad news to me over the weekend.

So thanks for the enthusiasm, the passion, the laughter, and most of all the music, Stu. And even if you’ve never heard of him, trust me on this: We’ve lost one of the greats.

• Here’s a wonderful interview with Stu Allan, by Greg Wilson, a DJ and also superlative chronicler of the people who really matter in the history of UK dance music. 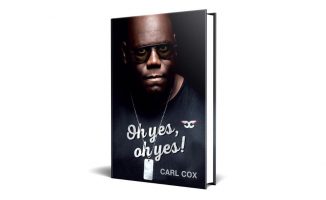 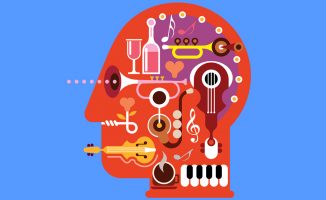 Friday Five: How DJs Use Music To Manage Their Mental Health 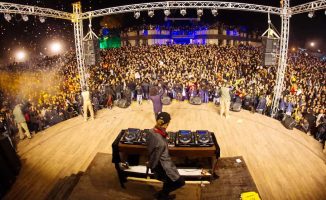